Since shining legends had some pretty awesome artworks it’s quite hard to decide, but I chose this bad boy: 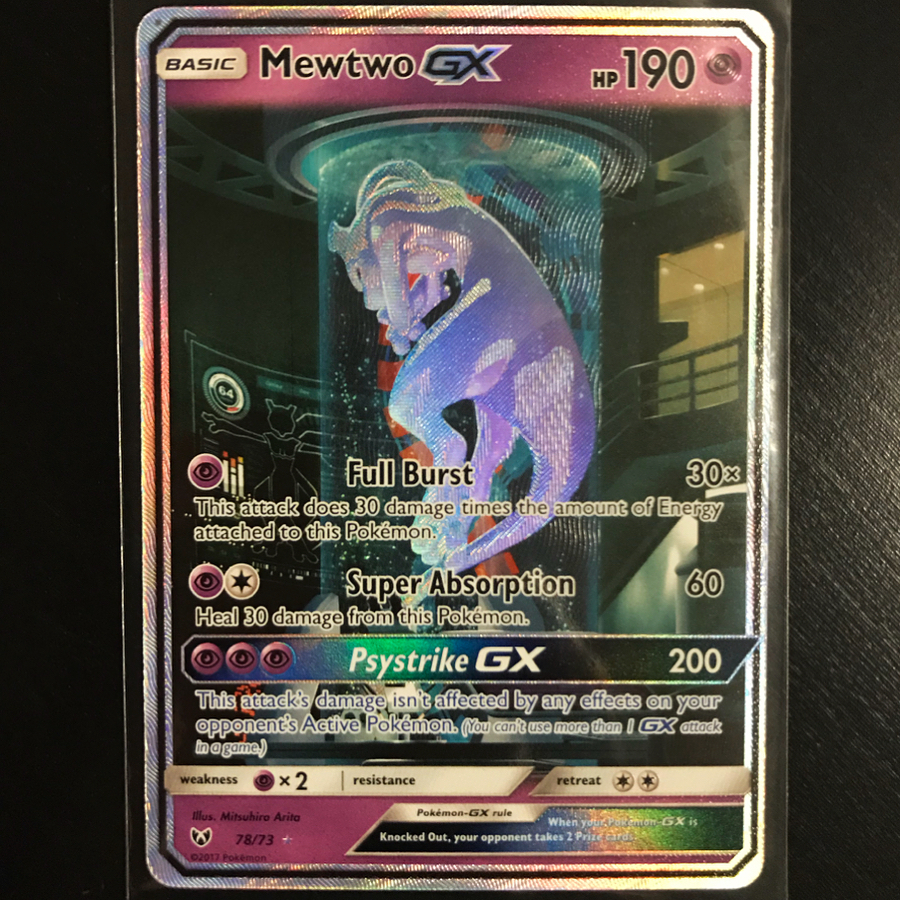 Since I love the first Pokémon movie I was freaking thrilled when I first saw this artwork. I preordered 2 booster boxes of japanese shining legends and didn’t pull this one so I had to buy it as a single. To my surprise I later pulled it in a german etb, but I kept the japanese one because the quality of the japanese shining legends cards seems much better than the western ones.

You can’t see the effect as well with an image, but the way the holo artwork shines on this card really caught my eye the first time I saw it 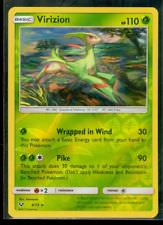 We share the same favourite, OP. That Mewtwo is badass, plus it’s illustrated by Arita. What more can you ask for? 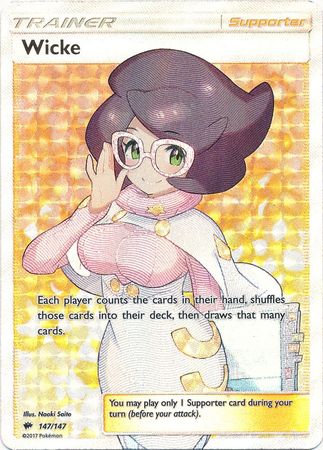 For me, hand’s down, the boss:

I love the laboratory Mewtwo GX card from Shining Legends. The Sun & Moon sets brought so many amazing pieces of artwork but if I had to narrow it down to my main one…

This Murkrow from Guardians Rising. I’ve liked Murkrow since I was a kid. The artwork reminds me of the Johto anime episode where a gang of Murkrow steal Ash’s gym badges because they like shiny objects, which is what is being shown in the artwork here.

The Hypno and Wailord OOYAMA cards from SM Base and Guardians Rising are also great.

Has to be Magikarp from Crimson Invasion for me. The fear in its face! Or does Magikarp always look like that… 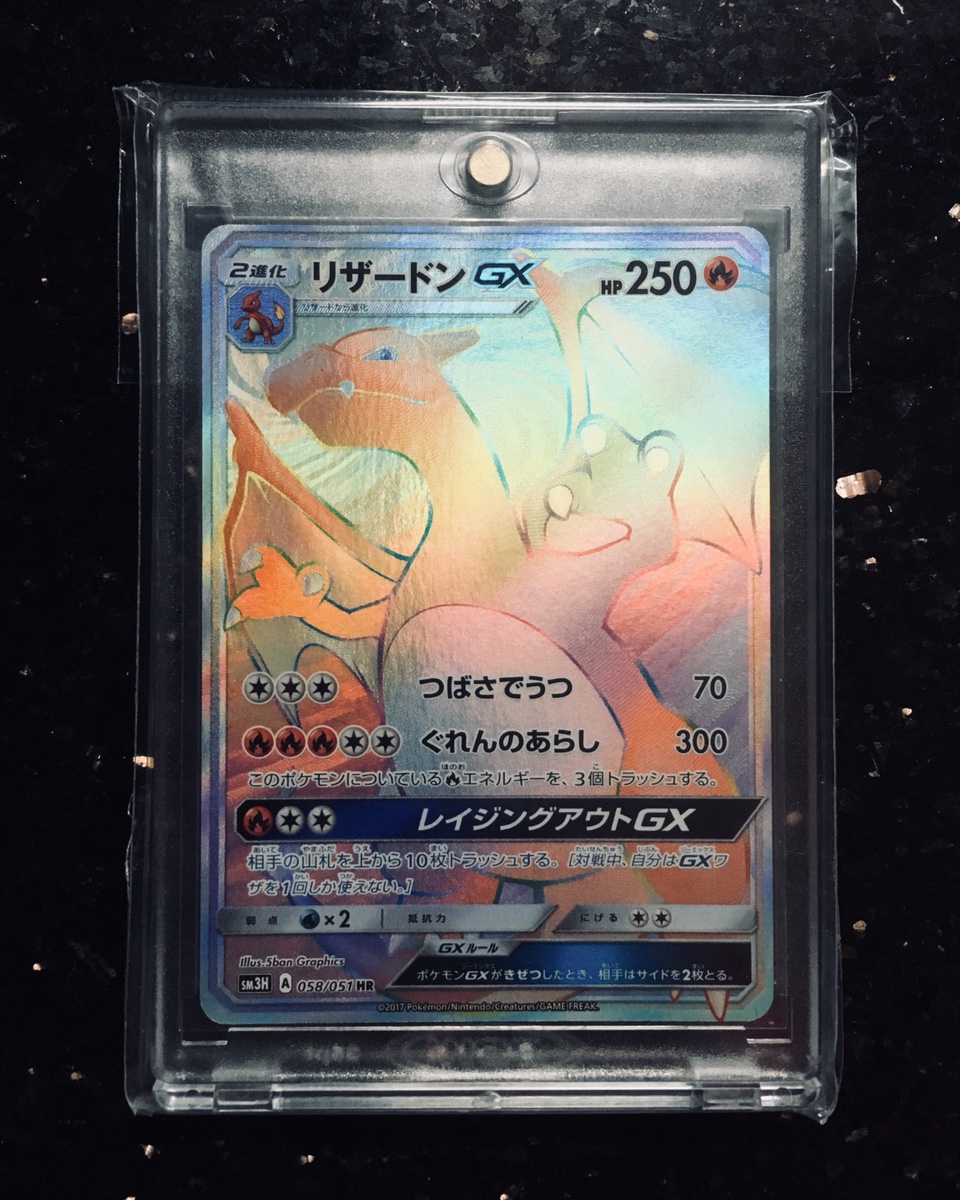 The look on his face is me all day.

I can’t say I’ve been paying attention to modern stuff too much but from what I’ve seen this is some of the best art. It’s very adorable. 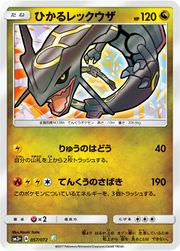 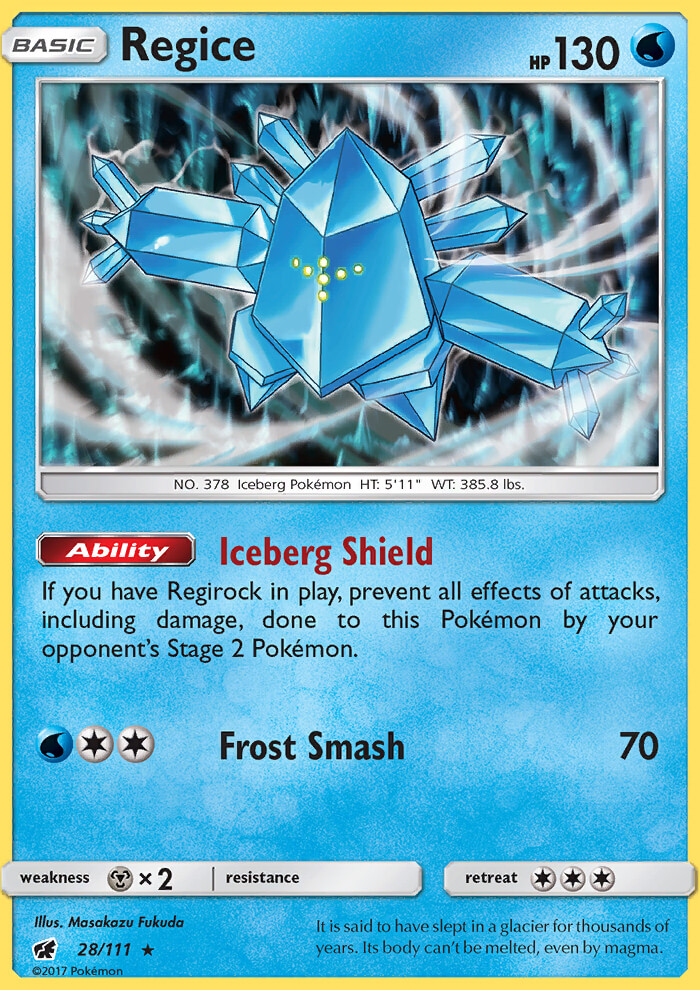 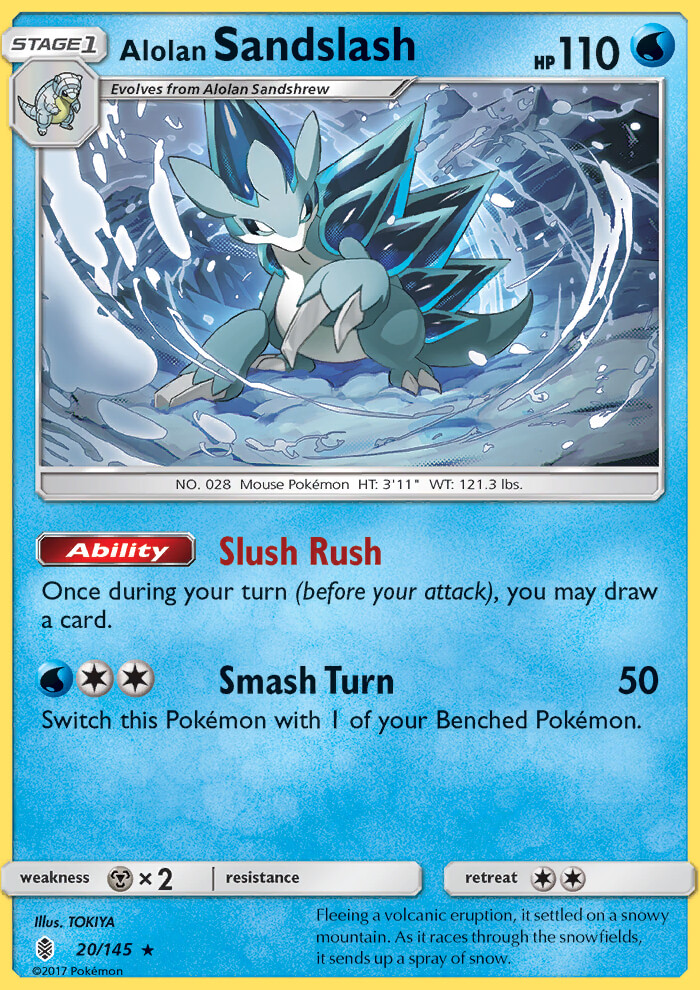 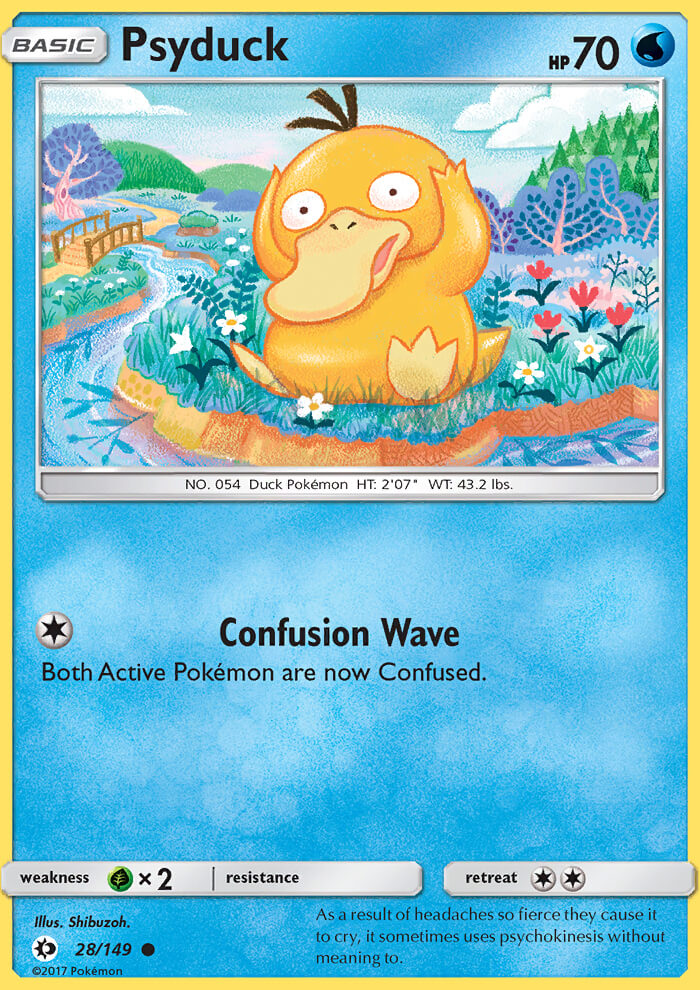 My favorite of the year!!

The only correct answer.

Great picks so far! The Mewtwo and Team Rocket briefcase cards are also among my favorites of last year. But for me personally this is my favorite: 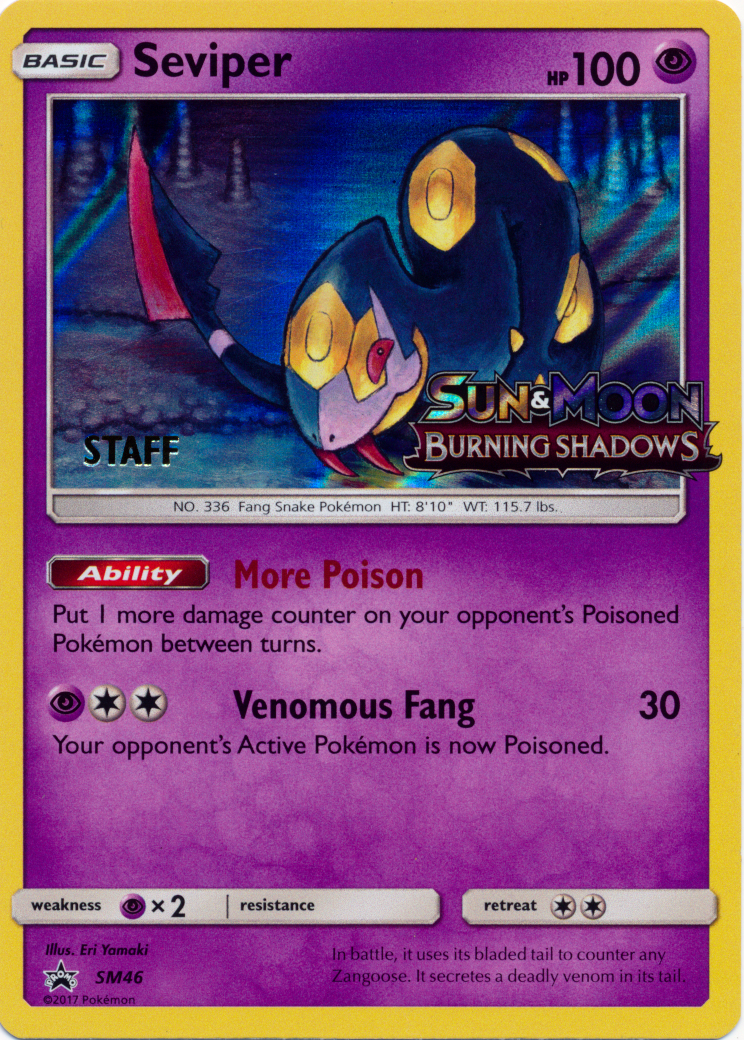 Was quite a while since Seviper got any love, and to see a promo and also STAFF stamped variation in multiple languages was a great release for my Seviper collection.

And the artwork is also pretty solid, although all Seviper artworks are pretty good imho.

I was waiting for this

Even without how I associate this card with you, it is just such good artwork!

I was waiting for this

Even without how I associate this card with you, it is just such good artwork!

Oh stop it, you

It really is a good art, I love how the background really fits the Pokemon itself. Plus the fact that there’s a holo version of it with the Toys’R US Promo makes it even better because this card deserves the sparkles

this is a tough choice for me.

I think if I had to pick just one it would be :

But two really honorable mentions are :

a really amazing OOYAMA art that I think most people didn’t notice existed.

and one of this years most striking pieces of art:

has to be these two for me 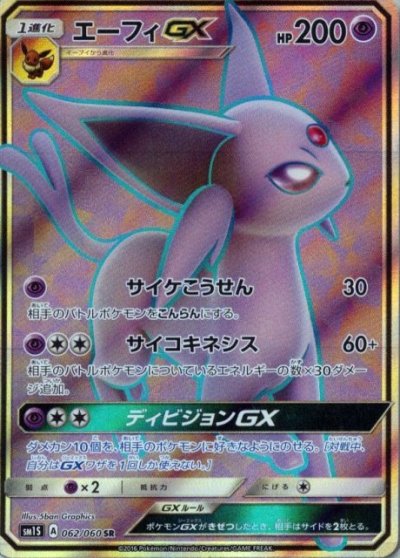 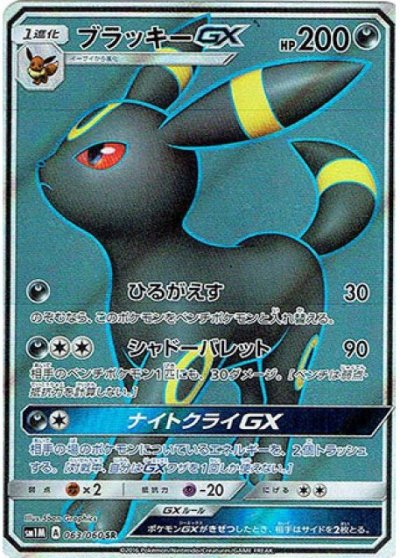