I, like any true and top-tier zoomer, like to play only the BEST games. The IGN 10/10s. The masterpieces of their eras. True works of art.

Which is why I’m going to show you my absolutely garbage game collection.

Like any good gamer girl, I grew up surrounded by the vidyas. My father raised me watching him play RuneScape, letting me beat on his keyboard while he played or with him playing SM64 but making me think I was playing by giving me an unplugged controller.

The first game I actually played was Tomb Raider: The Last Revelation on a janky, early 2000s PC that was still on dial-up. I’m not sure who decided letting a 5 year old with absolutely no hand-eye coordination or the ability to solve complicated puzzles play that game because I never realized I could run in the game and would just absolutely fail doing any jumps. Before you ask, no, I never finished the game, I couldn’t even get pass the first level.

My first console was a Nintendo DS Lite I recieved for christmas. That same christmas my brother and my stepdad also got a DS Lite, each with a copy of New Super Mario Bros. that we all played together. We also got a Wii the same christmas, and take a guess what our most played game was… Wii Sports, which the entire family literally played together. My DS is long gone, my Wii surprisingly still being around. Throughout the years my brother and I recieved consoles for us to share and our own. I’m going to cut the reminiscing short, no one needs my life story. 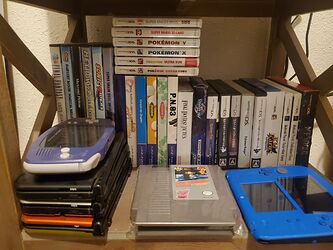 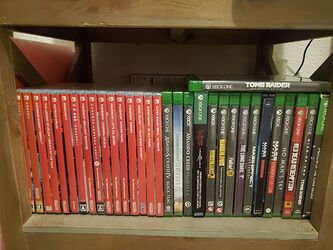 I have a bunch of stuff tucked away into boxes, mainly wii, vita, and 360 games. Not that there is really much within those bits to be put out.

I have an old thread I’m going to abandon, it just details all my Metroid stuff. While I am still doing all of that I’m not going to update it anymore and if you want to see any progress for that stuff it’ll be updated in this thread from now on.

Simple format for this, all games are in release order with pictures of the games and info on my pieces and the games, as well as any purchase info on the item (if I can provide it) and a bit of my thoughts of each game. At the end of the post I will have a section dedicated to my future plans for my collection. Thanks for looking! July 22nd, 2021 Update: Added more pieces and images to “Extras,” as well as fixed general typos. Added all variants needed regardless of status within collection. …

Imagine collecting PTCG, could NEVER be me

Post still under construction, excuse the absolute existence of nothing

This will be a fun post about video game collections. Here’s my Warcraft collection from when I started playing late vanilla to when I quit at the end of Warlords of Draenor. I have a sizable library of other games throughout the PS1 - PS5 era with a mix of Xbox and Nintendo games that I might share later. 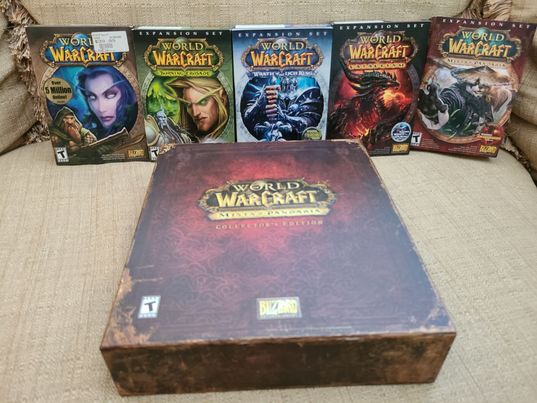 I love MoP, ngl tho, I love the WotLK box though because it reminds of world of rat, rat 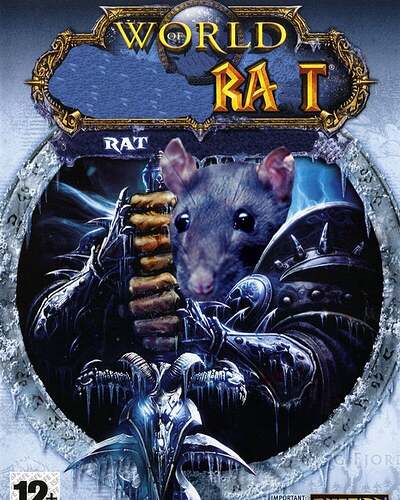 That’s awesome! I still have my signed Battle Chest from winning the comic contest in like 2017/2018? 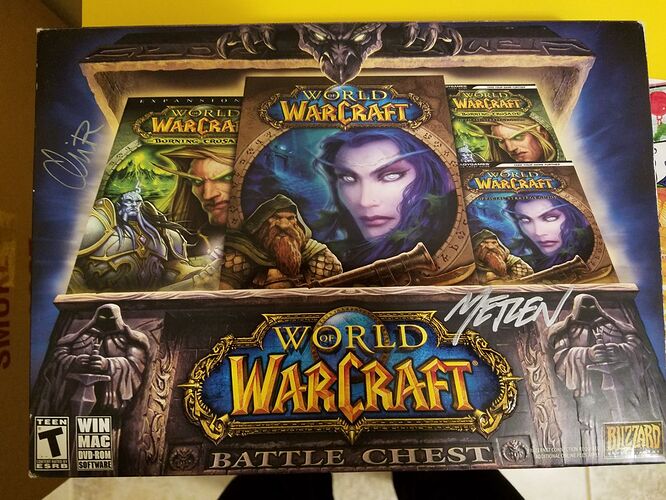 My pride and joy right now is a big box copy of an old point and click horror game nobody’s ever played. One of my faves growing up. Unfortunately they don’t make cases big enough for it. 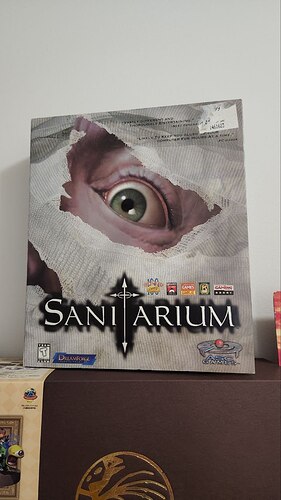 Wow that is a blast from the past! Sanitarium is mega 90s!

Didn’t think anyone would recognize it! The box is huge and really nice as well. 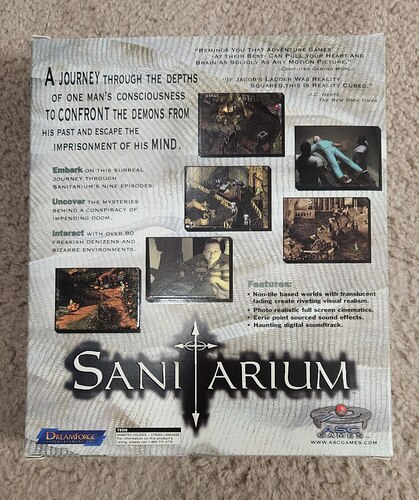 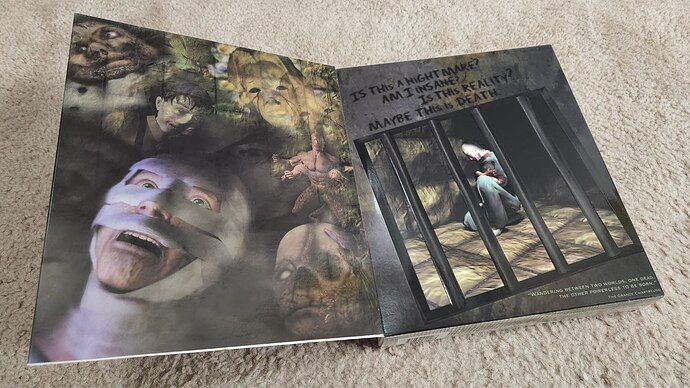 There’s just something about that old PC game aesthetic, especially the point and click adventures like Myst etc. I’m still looking for a big box copy of The Tale of Orpheo’s Curse (the Are You Afraid of the Dark CD-Rom game) but I’ve only seen it pop onto ebay once in a lot.