I am pleased to announce that Mitsuhiro Arita will be our guest illustrator at the 2022 Toronto Regional Championships!

More hard details will be added very soon. I will post here as updates are made. Live demonstration registration info will be added soon as well. All other event info can be found on that site!

Spectator passes are available through RK9

Please note that the SMS queue will roll-over between days at this event. So, there is little to no value in waiting outside the venue early after the first day. This is in an effort to see as many different people as possible throughout the weekend.

Please also note that a photo ID will be required to participate in the general line.

An effort will be made to provide rough wait estimates via SMS, but this will be a manual process on my part, so please be patient. Please come prepared to wait for long periods, and enjoy your time by bringing trades, playing in side events, playing retro through current video game demos, bringing games, visiting the vendors, and enjoying time connecting with other fans at a live event.

I’m looking forward to seeing you all!

I will be there!

Here is some info for travellers. Toronto is a dense city center surrounded by vast low-density regions. Commuting to the city is a daily ritual for many of the people that live in the surrounding cities. It’s to the point where the highway to Toronto is the busiest highway in north america.

Here is a map of the local region 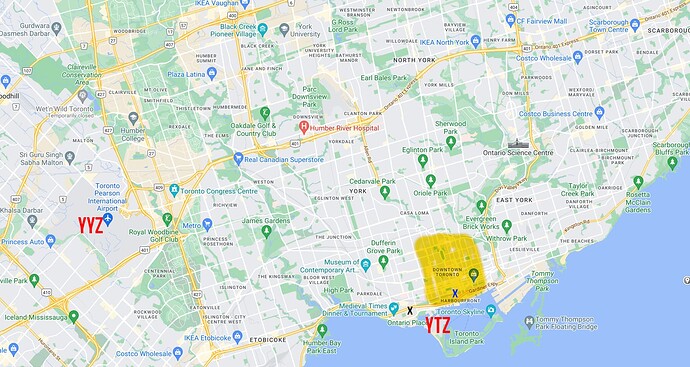 The yellow is downtown. The blue “x” in the arrow is approximately where Union Station and the famous CN tower is. The black “x” is the convention center. I’ve marked to two airports in red. The center is in kind of an empty part of the city, so if you never leave that area don’t expect too much.

The city is very safe. There has been a slight uptick in homeless populations since corona but this is typically limited to certain areas and they most you’ll likely experience is someone asking for money. I am more than comfortable walking alone at night.

The other thing I’ll say is that the transit system is really good for North American standards. There is a subway system that will take you to a limited number of places but there is an elaborate streetcar system that most people in the city use.

My advice: if you stay in the yellow, you probably won’t need a car for anything. This is where most of the interesting city things are. If you stay outside the yellow, having a car is probably an asset unless you are close to the convention center

There are two obvious choices. YYZ (like the Rush song) or “Pearson International Airport” is the big one. But it is far away. They recently built a train line that goes directly from the airport to the blue X on the map and it’s only like $9cad. It is VERY convenient especially if you opt not to drive. Make sure you check the hours in advance if you plan to use this 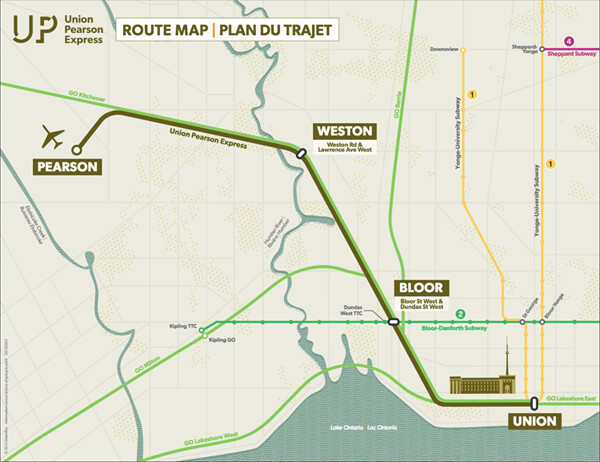 The other airport is YTZ or “Billy Bishop”. It is a very small airport in comparison. Flights there are typically super cheap through Porter (but avoid bringing anything more than a carry-on because they will charge you heavy). It’s actually only a 20 minute walk to the center right out of the airport gate! (it may be cold though). 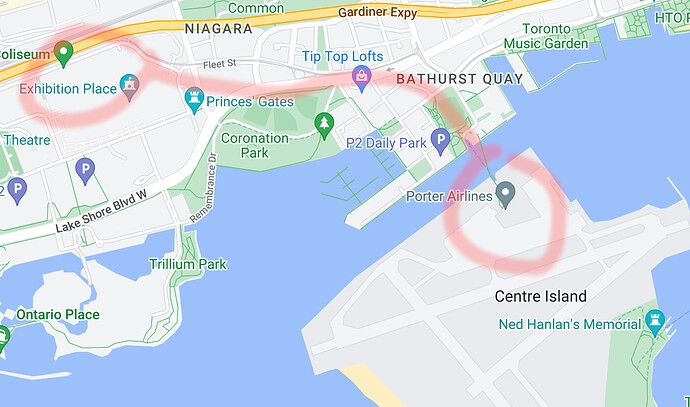 I live here so I can’t speak to hotels very much. It will probably be expensive. The city is expensive. We also have a 13% sales tax. But Americans have a built in 30% discount on everything so no complaining allowed. My recommendation is to look at the 509 streetcar line. It runs 24/7 and takes you RIGHT from Union station STRAIGHT to the convention center. If you stay anywhere on the line below the street car is perfect 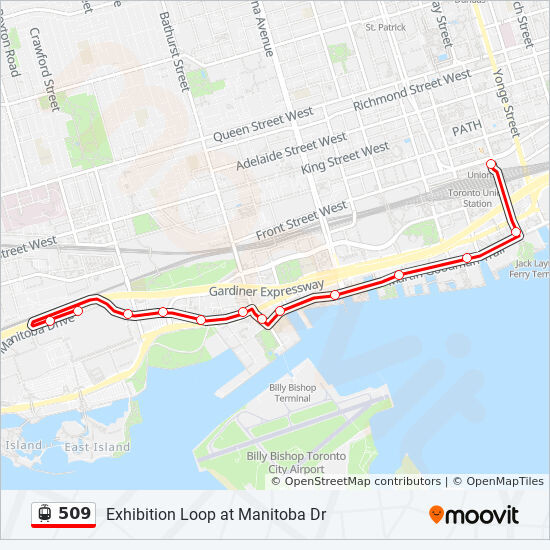 The 504 line may also be useful 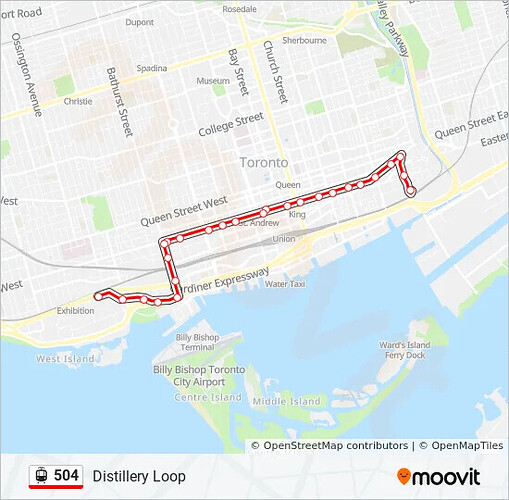 This opens up a lot of options if you don’t want to drive. If you do want to drive, there is a TON of parking right around the center and I just recommend staying away from the city center (not fun to drive there) and looking for a cheap place further away

It’s December, it will probably be cold. Expect between 3C and potentially -20C (37F to -4F). There might be snow, there might not. Bring a jacket and a hat.

That’s amazing news, thank you for sharing! I’ll be there too with my family. My son competes in the TCG senior division. Time to start deciding what to bring!

I already got my spectator pass, so I will be there as well. Looking forward to seeing more E4 members there!

That’s awesome! Will be my first time attending a Pokemon event! Both nervous and excited

IM SO EXCITED TO GO, THIS WILL BE MY FIRST POKEMON EVENT!!! As soon as I heard there was a regionals happening in Toronto I was like “I will be there.” I’m gonna try and get some cards signed! Gonna have to go through all my cards + a list of all the cards he’s illustrated and pick out the perfect ones. im so pumped!!!

I will be there as well!! Been hoping to get some Arita signed cards for a very long time, so hopefully at this event I’ll be able to get through the line at least once! Maybe all the whatnot flippers won’t have passports.

I’ve never been to a signing event before so I’m wondering how many cards is one typically allowed to have signed by the artist?

At this event, you can get 2 cards signed at a single time, with a sketch on 1 of those cards. You can get back in line, but lines are super long these days.

Thank you, that’s awesome to know ahead of time. So many amazing cards to choose from to get signed. Decisions decisions!

we need a best recommendations list for good cards to get signed. I was considering bringing a Jirachi secret rare from magma vs aqua… not sure yet tho!

Whatever cards are your favorite by him!

how am i supposed to pick just two??!

Thank you for the great info @pfm, very helpful! Didn’t realize you were local. We booked at the Hyatt Regency a few months ago. Was a good value and about a 15 min walk to the centre. Not sure if there is any availability still, but would recommend booking sooner than later with the tournament registration now open.

You’re staying basically in the heart of the city, so it’s a good choice imo. It’s a nice walk with a lot of different ways to so you can see more of the city that way. Yeah if it’s too cold to walk you also have access to the 504 streetcar that will take you right there. 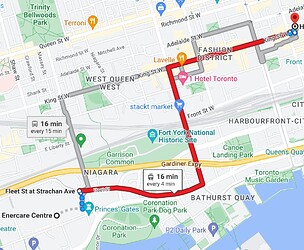 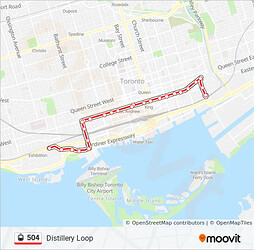 This seems like one to definitely go to, @alecpokemon happy you’re doing well and can safely say we’re all appreciative you giving your time, health and energy to do another signing, I’m not sure I’ll be able to go, but if you’re reading this and haven’t gone before and are considering; the community is great, we look out for one another, and most importantly, you’re making memories. Just come with good intentions, patience and hopefully you’ll be able to get in line once through. Inshallah.

Woah! The convention isn’t in the middle of nowhere this time!! This is amazing news!
Makes staying the night and perhaps hitting some bars way easier

It’s nice to see that the event organizer have learned lessons from the previous events (US and France/Pau (last where I managed to see Arita)). This one looks really well organized and designed to have an orderly signature event. Well done!

This is already looking like an improvement compared to Baltimore with how the signing is being handled. I’ll be there trying to get a few cards signed. Also Toronto is a very fun place to be. Can’t wait to see it again!