By the time this gets returned from grading, Charizard UPC will have officially released (Oct 28)

Centering is off left to right on both the front and back, and the top right back corner has a large white spot. This is not a 10, which is even more reason this auction is a complete joke. Can’t even say you have the first graded 10.

People on Reddit are saying the seller is located close to Millenium print group. Also, others are mentioning that the person who sold a rainbow Zard Vstar before brilliant stars released had their card confiscated and are facing legal issues.

Second wave has been confirmed at both of my distributors for dec/jan. Same old same old zard stonks release schedule with leaks included.

How many waves were there for the other UPCs? 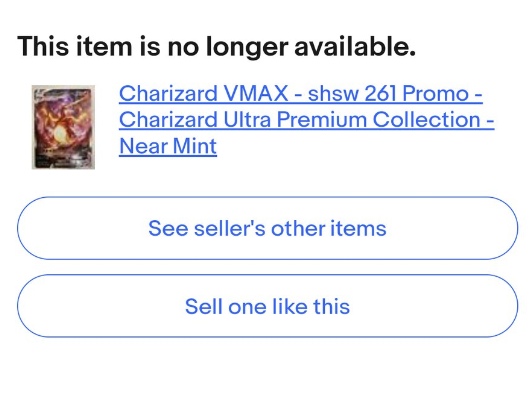 So how were the allocations for October compared to previous products and how big are they for the second wave?

One distributor I’ve doubled my YoY volume and my allocation tripled as compared to celebrations UPC. The other its 50% higher on same volume of spending I only know my wave 2 at the smaller distributor where im getting 3 cases wave 1 and 2 cases wave 2.

It really is an endless cycle.

No matter how much information is out there, how much history repeats iself. People will always pay for the hype lol.

I’ve seen people in the local Facebook group saying GameStop was calling to cut their preorders down to 2. Target already dropped theirs, limit of 3. Seems best buy and Walmart are the big retailers who haven’t had preorders open yet for anyone trying still to get one at msrp.

Seems that the vibe is that there will be much more printed than Celebrations upc, but not nearly as much as we hoped. Cardnallgaming mentioned that there is going to be a 2nd wave later this year.

There’s gonna need to be like 10x more printed based on the fact there are 3 alt art zoids in there.