Want to bring up the Ludkins mess and hear of any updates anyone has.

Not communicating nor being transparent is bad company practice and it raises a lot of concern. Last update is that the company status is dissolved (at least for their UK branch).
Apparently, PSA owner Nat Turner will be making an announcement soon regarding the issue. What I am hearing is Ludkins are not even transmitting their customers info to PSA, meaning PSA would not know who’s orders are who’s.

I stayed quite and tried to give Ludkins time to figure it out, as I know it must have been a financial struggle from when PSA shut down. This is no excuse now that backlog is clearing and customers have paid their service. Many are calling them within the community for fraud and are threatening to file a lawsuit.

Anyone concerned or have more info in what really is going on?

There is a thread that has been ongoing following this topic. You can jump to the end to read the posts from today

Hello all, I feel this topic needs to be its own separate topic as it is mostly gets buried. As PSA is clearing up their old backlog and $30 value tier hitting “assembly”. Just want to see if there are other fellow members who has outstanding orders as well from Ludkins USA (pre March 2021) Personal disclosure, I have 3 Bulk + 1 Economy subs, totaling over 1100 cards that were submitted between Dec 2020 to Feb 2021. Currently they are showing “Grading” in the Ludkins tracker.

i believe if the UK is going insolvent, it deserves its own thread as US customers would be confused. Charlie Hurlocker stated Ludkins UK has nothing to do with Ludkins US

This thread can stay open. When i get to my desktop later maybe Ill split off the two discussions

I messaged Nat last night, I couldn’t update in the other thread as I have a new E4 account and had already commented 3 times!

He stated the following:

The bit that is confusing me is that he stated Barney refused to take the cards back even without paying. [Purely speculation] but the only thing I can think of is that he no longer even has the facility/finances to process and ship them.

Im debating a Paypal chargeback on my payment for a July 2022 submission after they rebranded…thoughts on this?

I am surprised how this is ending. The only other thing I can think is that he wants to make sure they return as they were supposed to/i.e. graded and paid for.

Nat Turner if youre reading this send all the slabs to me and I’ll sort it out.

True. Missed the previous ongoing thread. It’s clearly a financial situation all tangled up. Would just appreciate more transparency and communication. They need to take responsibility and explain the situation. Sadly they have not done so yet. I have a feeling PSA will dodge the bullet on this one as they have no direct affiliation with the victims involved.

17 posts were split to a new topic: Temp 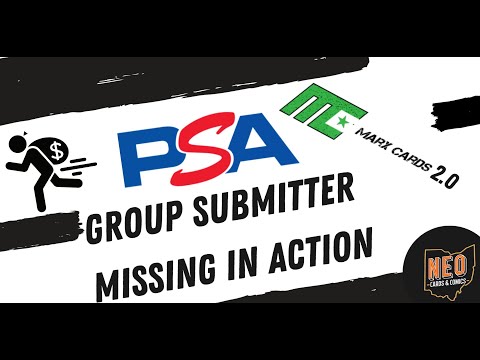 Ugh. Makes me sick. At least there will be a statement soon. My heart goes out to all UK Ludkins submitters.

US Ludkins was lumped together with UK in the video, but it’s worth clarifying that Ludkins US has been pretty rapidly returning packages recently.

Is it new that Ludkins deleted their social media accounts? Just curious if this was when they rebranded as PSA UK or a new update.

I remember seeing the post when they became PSA UK, and at that time they had just changed the name of their Facebook from Ludkins to PSA UK.

Ludkins media on IG is still active and posting stories. I’ve seen them post a story in the last few days.

PSA have now removed their ‘lets go’ comment from the PSA UK insta post, i have accepted that I may not get my Nov 2020 sub back. What I am worried about is another submission that I sent through PSA UK post their announcement. I presume these submissions are now at risk too

Woah what is this all about? I have also submitted 220 expensive cards through UK Ludkins back in november and december 2020. Do I need to worry?

This grading thing is probably my biggest regret ever. Its so much money

PSA UK are not replying to any emails at all…PSA has also removed their comment from their Insta page about the partnership (looks like they are distancing themselves). Apparently PSA will be announcing an update on the situation soon, but it doesn’t look great. They have graded the cards but they have not been paid for…Also they are unable to send them out as Ludkins will not send the information as to what cards are who’s.
(This is my understanding of the situation).
Its not only worrying for any historical submissions but also for anyone who submitted to PSA UK after their announcement of being an official forwarding service.

I have like 20k worth of stuff (because of the crash) laying there. There is no way I can simply accept this after paying 2500 euro for grading aswell. Unreal that this is happening. Its simply too much money for me to let this slip

Those that received returns, were those all from US? I was feeling hopefull seeing so many posting about their returns but now I start to worry.

Sorry to hear that, i have about 1/10th of that and its still infuriating, lets hope PSA’s announcement brings clarity.
Im so frustrated that PSA put their name behind the UK division knowing the situation they were in…Also frustrated with myself for submitting with them even when i had cards outstanding for nearly 2yr
Whole situation is a mess

Damn, I am also waiting 82 cards from the End of the Year submission with Ludkins UK.
After reading all the recent comments here, I am starting to really worry about my cards