New Klara and Cyrus boxes are coming soon! Looks like a nice new card to add to your collections slowking and Gyarados fans!

What do y’all think of these? 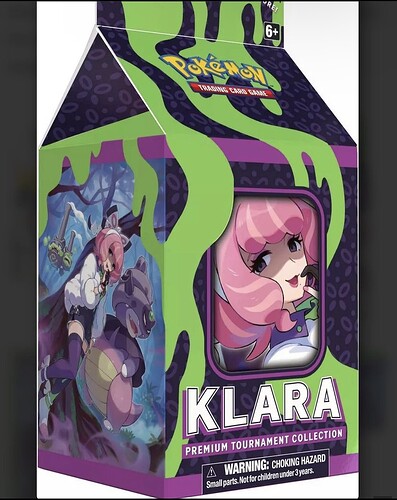 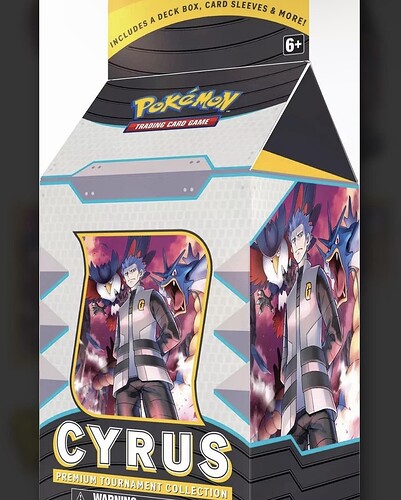 I personally really dig these boxes! Small packaging (not a ton of plastic like other larger promo pieces) and I like the focus on specific characters.

Yeah for sure! It’s nice not having a ton of trash after opening modern product. Lord knows there’s way too much of that haha. Weird it’s taken Cyrus so long to get some full art attention until now too. (In addition to the boss’s orders FA)

Cyrus was Diamond Pearl, right? So re-visiting him now makes sense. I also agree the new packaging seems sleeker, and oddly more fun. Kinda like a kids meal or something back in the day.

True. I was thinking he would get a full art in DP but those weren’t a thing yet haha. Or maybe in like Ultra Prism or something when they had a Gen 4 focused set. Overdue it feels like

i’ll be more hyped on these in a year or so when they feature packs from the SV era. however, i gotta recognize how great of a product it is for what you get.

I really don’t get the point of the milk-box design.

Nostalgia of being a kid again?

something to hang on a hook in a store. easy to display. low packaging waste/bulk. easy to distribute. all around probably an attempt at an alternative to shelf stockers for stores.

Interested to see what the Klara card ends up being. A reprint of the existing one would take us into unknown territory - not that it’s likely it’ll be a regular occurrence.

A new card completely exclusive to English would also do the same - even the Charizard VMAX from the UPC is still currently exclusive alongside Silver Tempest’s Gym Trainer.

The sleeve design for Klara looks much better than the card.

there is a chance the showcasing of new artwork has been mostly coincidental. all of the supporters so far have been some of the most used in the tcg. they could just be trying to make the chase version of these cards easily available