Hey guys I was curious with the recent trends on promo cards
What do you see the I choose you cards value at? 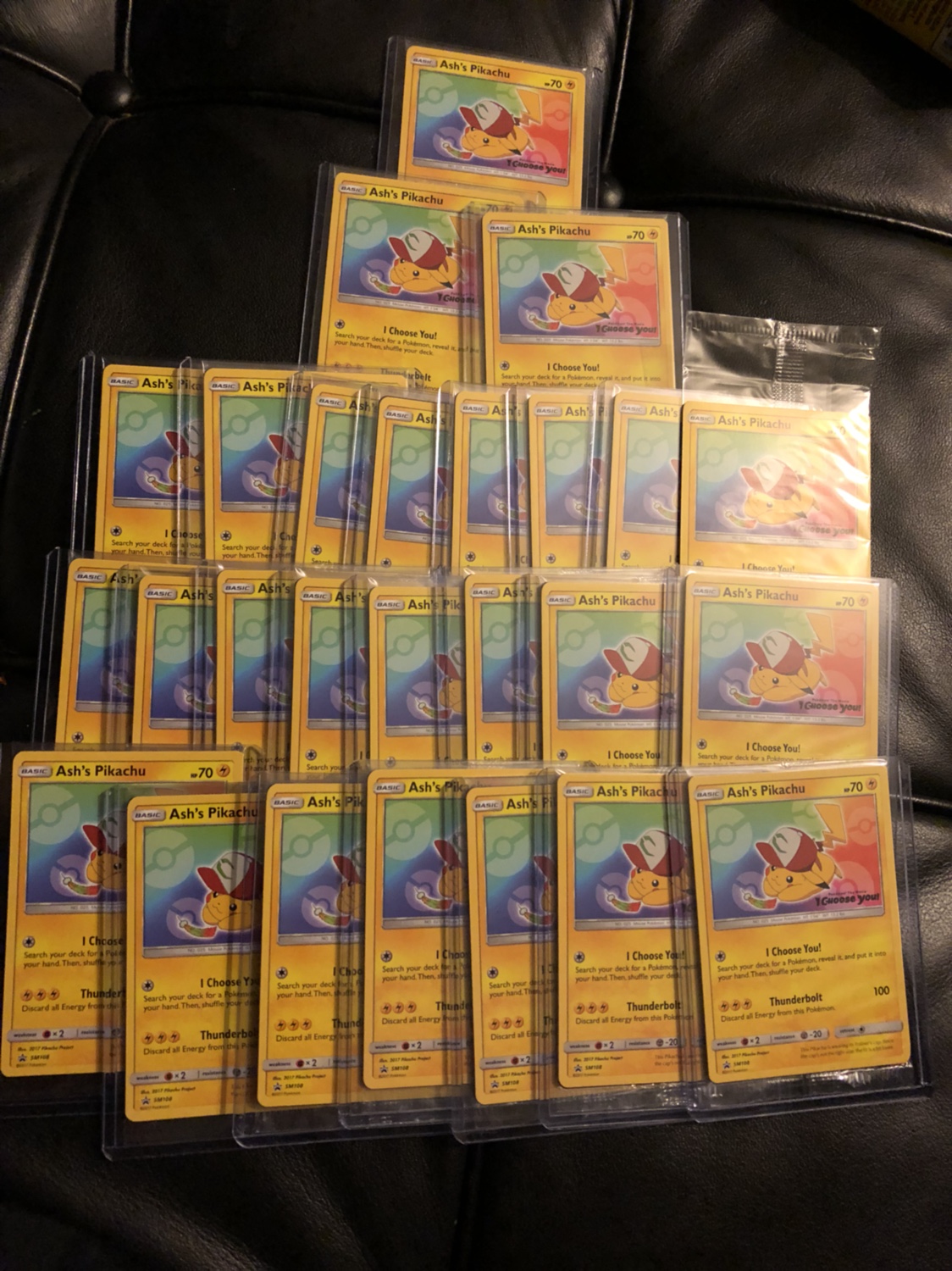 In the garbage lol

In the garbage lol

It is a really cool unique promotion card and I am honestly looking forward to getting one but I can’t see any significant value on them. I haven’t seen Pokemon box office numbers yet but the supply of these would be quite high.

Compare it say to the Pokemon movie cards from around 1999-2001, while they are cool cards the value of them is still <$20 even though they are around 17 years old.

On a side note, how did you get so many? Do you work at a cinema?

With these, along with all other English promos lately, being mass produced, I don’t see any significant value or rarity in the near future.

They will probably sell under $10 each for the next 10 years. The only thing working in their favour is the art.

Don’t get your hopes up. Each theatre received a huge box full(I know I saw it). Maybe 500 a box? If we were to say that approximately 100 theatres a state received a box times 51 states, their should be a little over 2.5 million copies out there; give or take.

Same as the original movie promos imo… couple dollars at best. Like people have already said these are mass produced, very easy to obtain and non holo. The only thing going for it is the fact it is a pikachu but I can’t see that offsetting any of the things going against the card.

I just was at a local cinema not even watching the film and they gave me a card when I asked. So my guess is there is definitely no shortage. (UK)

I already see people selling them at about 5$! It will probably stay around there for a while or drop a bit is my guess!

So dope I didn’t know they graded these

But they already do, because the card is a reprint of the Japanese Ash’s Pikachu from the Ho-oh collection. But yeah, all 8 of them together would be cool.

The English variation of the other Ash’s Pikachu cards that were released originally in Japanese are now being released November 8, 2017 for those that didn’t know. We will have to wait and see what the market looks like once these are released.
www.pokebeach.com/2017/11/ashs-pikachu-promos-and-plushes-available-at-retailers

Someone on reddit that works in a movie theater has said this " We got one box which contained 800 cards or so (16 stacks of 50)." When talking about how many of these Pikachu promos they were given. I’m not saying they are a reliable but this is what they said.