Set of the Fortnight #8 - D&P Stormfront

Thanks for the reminder @aquaz . Since it’s been two weeks, it’s time for another Set of the Fortnight. This time it’s from the Diamond & Pearl era:

Stormfront was released in English on November 5th, 2008 (and in Japanese on July 10th, 2008). This was the last set in the Diamond & Pearl era. Both the Japanese and English sets were released with less than a week apart from the eleventh Pokémon movie: Girantina and the Sky’s Bouquet: Shaymin. Stormfront was also the first set to include the three shining Pokémon (with set number SH), which continued in the Platinum, Supreme Victors, and Arceus sets.

This is one of my OG sets. Probably the first packs I opened when I was 7 or 8. It was either this or Legends Awakened that were in the vending machine at the bowling league I was a part of.

The Charizard is obviously the main feature and is nicely modernized while still being close to the original. 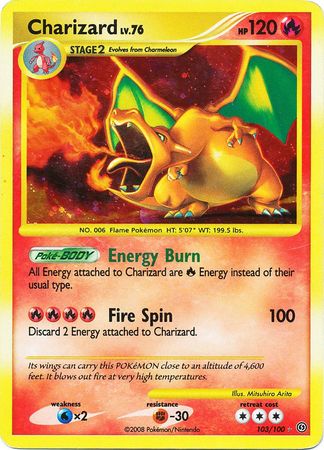 My other favorite card is the Dusknoir Lv. X. I really really like how the jaws of his middle area are clamping down on the border. It really makes good use of the usually (ahem Charizard G Supreme Victors) subtle border extrusions in the Lv. X cards. 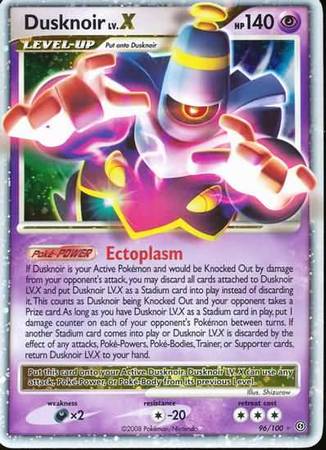 EDIT: I should also mention that as far as TCG gameplay goes, Dusknoir Lv. X is one of my favorite cards flavor-wise. I don’t think it was very good but the effect is so cool in accordance with the ghost theme.

First of all I really like both Finneon and Lumineon. The poses, background and especially the lighting is amazing on these. Really gorgeous cards. Next one of the three cards almost everyone loves. I of course talk about the Charmander, Charmeleon, Charizard evolution tree based on the original Base Set cards. Although I like all of them, I think the Charmander is my favorite of the three, with Charizard as a very close second. Although I must admit it looks a lot better non-holo (on the pictures at least) than holo, when you compare them side-by-side - of course only the holo Secret Rare exists (non-holo picture is from Bulbapedia; holo picture from Serebii): There is something I always liked about Stormfront - the holo patterns! Holo cards and LV.X cards on this set have kind of a cosmo holo foil pattern which pops up a lot. I don’t know why was it made so strong on Stormfront but it’s something I really liked and remember this set for.

I think this was the first set to include shiny secret rares and secret rares in general for DP & Platinum era sets? It included the reprint Charizard evolution line too which was so cool at the time

Quite a few cards I like actually. The Raichu Lv.X, Shiny Drifloon, Lumineon and the Charizard reprint looks neat too

I am almost always in love with Gastly,Haunter, and Gengar. I don’t particularly like the gengar in this set though.

I think my top card here is the muscle man himself

I remember when stormfront released, I googled “stormfront” and was redirected to a white supremacist site.

But this was a massive set. There were so many powerful cards. The gyarados sticks out the most:

You don’t have to play the game to know that card was op, and it had intimidating art as well! 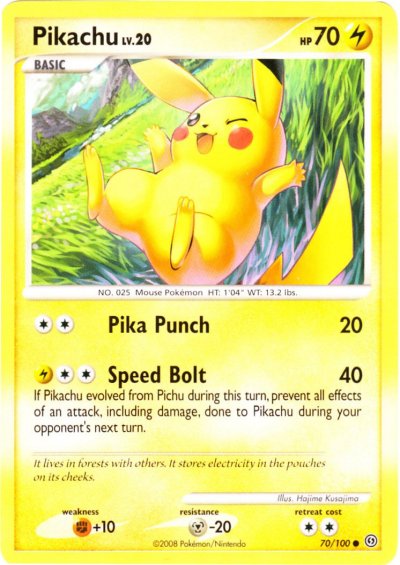 I don’t think it’s possible to illustrate a bad Gengar.

funny that is like the only Gengar card I actually don’t like that much haha. you know what they say about opinions though and mine is no different haha