Howdy howdy, I really love the championship arena art and love the history of the 2005 English copy (with it being distributed to a few people at the 2005 worlds in a purple case which led to many of them being damaged). Pic of the lovely Japanese exclusive art at the bottom

I was wondering what the history was behind the distribution of the Japanese ones? Here is what I know so far: " It was reprinted as an Unnumbered Promotional card in Japan with different artwork by the same artist, and was awarded to participants of the Battle Road Stadium DP event who won a battle at the Final Stage. This event comprised three stages: a competitor would play against others in Stages 1 and 2, and then against a Pokémon Card Laboratory employee at the Final Stage. Competitors had to win 2 straight battles to progress to Stage 2, and win a further 3 straight battles to progress to the Final Stage. The Battle Road Stadium DP event was held as part of the Pokémon Diamond & Pearl Battle Festa★2006, which took place at the Kobe International Exhibition Hall, Kobe on November 25 and 26, 2006; at Port Messe Nagoya, Nagoya on December 2 and 3, 2006; at the West Japan General Exhibition Center, Kitakyushu on December 9 and 10, 2006; and at Pacifico Yokohama, Yokohama on December 16 and 17, 2006." - from Bulbapedia

Any thoughts on how many were awarded or how difficult it was to get? I see that there is roughly 100 graded. 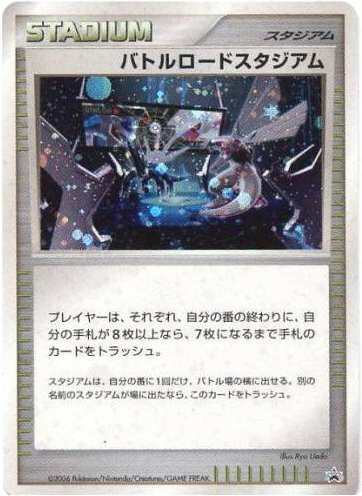 I think you have most of the info regarding the events of the card.

This was a corner event at the Pokemon Festa 2006.

It was held at 4 locations:

You had to compete in three stages

Scheduled to end acceptance at 16:30 (all stages, you cannot compete even if you line up)

Why I find the timings important is that there are no limits to participation. When winning or losing. Meaning, if you lost any of the games in stage 1 or 2, you can go back again in the queue and try again. Same goes with winning the last stage and getting the card. You could just queue and play again.

Based on some of the old blogs and journal entries, getting to the final stage was challenging. This was simply because of the continuous games that had to be won. However, no limit means, participants with a good deck or who understood the meta well could win multiple. I read a journal entry by a participant who lost in the second stage but was able to trade the card with one of his friends who had won 6 at that point. Similarly, he also competed with a fellow player who already had won the card previously.

In summary, this had a limited distribution but hard to pin point the actual number of cards. Atleast I could not uncover that information. Maybe someone else has more clarity.

Hey man. Most of the release info seems reasonable. The general thing to know is that, since the card had functionally unlimited release (as in not bound to top x), we don’t know the total number released. In my opinion, the answer is in the high hundreds to low thousands.

In terms of price, the card kind of shot up in price in mid 2021 and subsequently tanked because there are a lot of people with paper hands selling them. I see many listed on Japanese sites sitting because it is simply not worth it to buy for flipping. Many of the mint/rank A raws in Japan are priced higher than what PSA 9s auction for on eBay, PWCC, etc. (this is in general over the past few months, always subject to change). I would say buying a PSA 9 from someone less fortunate is a pretty good value option. If you need a 10 you can roll the dice, but the cards are pretty OC usually.

It’s a nice card. Not insanely rare but still a nice thing to have. Hope you had fun over the summer too. Return offer?

Thanks so much for the detailed answer!

Haha, great memory on remembering my summer gig - and yeap! I was ranked top bucket and got a return offer

. Loved the people I worked with and got to work a transaction of a company I knew well.

I am def looking at a PSA 9 copy. I am a big PSA 9 and EX era collector, so now that I am done with gold stars (an endeavor which took me four years and three jobs/internships lol), slowing looking to move into higher end card like this as well as the European POP promos of the gen 3 starters.

Me too basically. We are young and successful. Pokemon is not ready for us.

From my experience these are more common than the older 2005 ones. It’s not possible to determine amount awarded as @mrbubbles said since you could re-queue up for the stadium-style tournament as long as there was still time left.

If you want to read about the event, the article is here: 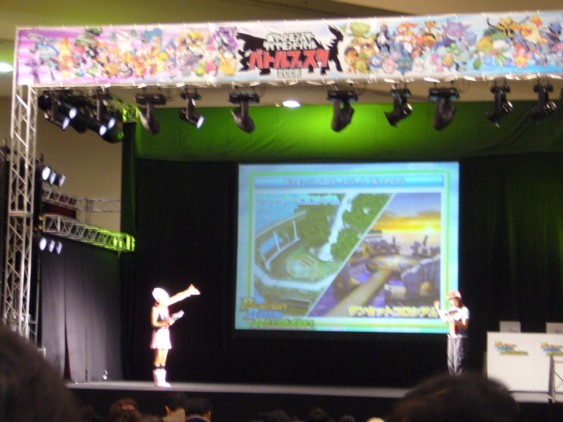 To celebrate the release of the new Diamond & Pearl video games and TCG series, Battle Road 2006 replaced its autumn regional tournaments with the "Pokemon Diamond and Pearl Battle Festa ★ 2006".

You are aware that the gen 3 POP promo’s also were released in the USA? Later than the EU ones but they did get them. Still they are rare.