We all know gold star ray is king but what about the others? Everything is post wotc and I also wonder if alot of the hype comes from YouTubers/influencers hyping them up. Thoughts?

On the whole, I wouldn’t say that they’re particularly overrated or underrated. They’re great cards with great fundamentals (aside from the Unseen Forces ones), and they get plenty of attention.

In agreeance with Zorloth, they are perfectly rated…

Going to second this, I think they get the deserved amount of recognition.

Way overrated, not going to go up much in the future I think,

I recommend auctioning off cards like Latias, Latios and Torchic while you can still get good value out of them. Preferably auctioned via PWCC, thanks.

I think even within gold stars there is some difference. I think some are pretty overrated, and some are underrated.

But agree it makes no sense for umbreon vmax to be the same as a psa 9 gold star. I feel like I’m taking crazy pills just typing that.

I agree entirely with what others have said. It was a hyped up set of cards before hype even existed in this hobby. They’ve long been a massive collecting goal for many of us in the hobby. Can’t understate the fundamentals on them.

I think even for people that don’t like gold stars, I feel that it’s hard to deny their place in Pokémon history as some of the best chase cards. 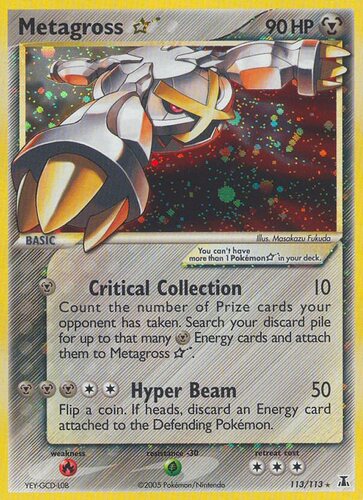 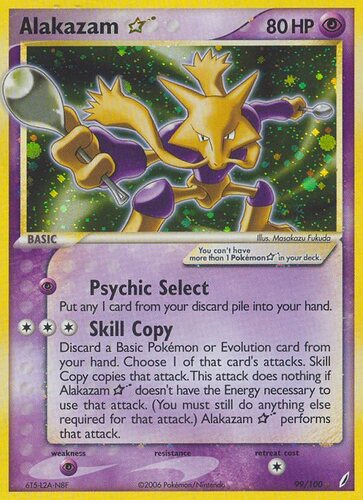 Didn’t realise they were all drawn by one artist.

Not sure there’s another rarity like that, but as I’m not a big Fukuda fan, I’ll say overrated.

In general I also find shinies overrated - perhaps this should go into the unpopular opinions thread - so sets like Hidden/Shining Fates, Call of Legends, secret rare reverse holos in DPP and Shining Legends aren’t really that interesting for me. Noob here, i understand what fundamentals are when discussing companies and their valuations, but when you guys are talking about the fundamentals of cards what are examples of those fundamentals? 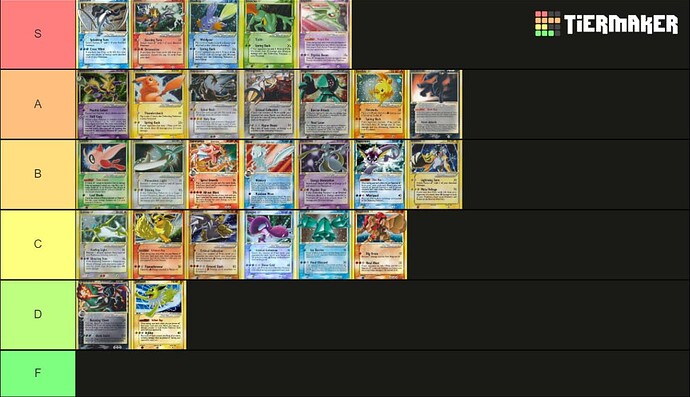 (Greninja goes in A tier)

What does the S tier stand for man??
I understand the A to F part but never seen an S at the top

Also a noob but, some fundamentals with regards to Gold Stars, its the title itself which has value. Gold Stars are valued higher than the regular cards of the same Pokemon and are more likely to hold / increase in value over time.

Secondly, the rarity in terms of distribution, pull rates etc.

If it is ungraded, how hard it is to grade a copy and be able to potentially get a high grade to maximize value.

Not completely sure if the language plays a big role for the Gold Stars. I do know that some PLAY promo gold stars in Japanese (Umbreon, Espeon) are way above pricewise compared to the English counterparts.

Hopefully this gives you a bit of an idea.

S tier generally stands for (westernised) Special tier which is a tier beyond A.

It comes from a lot of JRPGs and Japanese games in general that gave you the rank of S when you performed exceptionally well.

Awesome man thank you for the clarification! 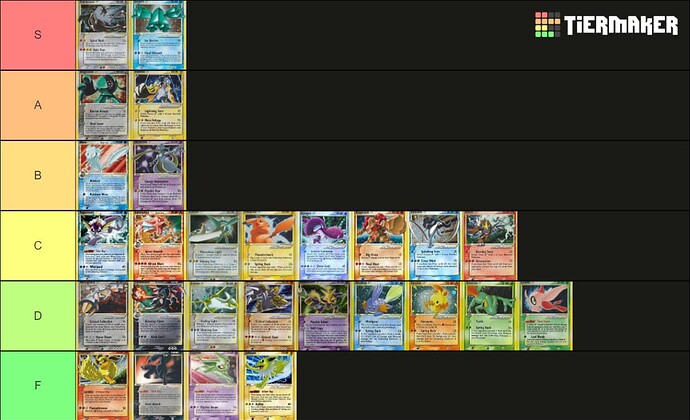 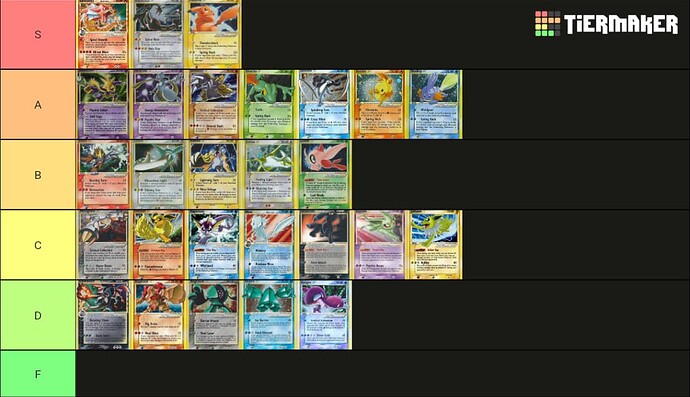 Putting any gold star in the F tier feels wrong.