A seller claims he pulled these from packs: imgur.com/a/KqXi4

I’m almost certain they’re fake due to the abnormally thick borders, border discoloration, straight corners, and odd fit in the sleeve. The back pics he provided also don’t seem to match up with the fronts.

I realize after typing out these red flags that I pretty much verified my suspicions, but what do you guys think?

Dodgy as hell, look as those scissored corners…

Do you think these are the same corners? 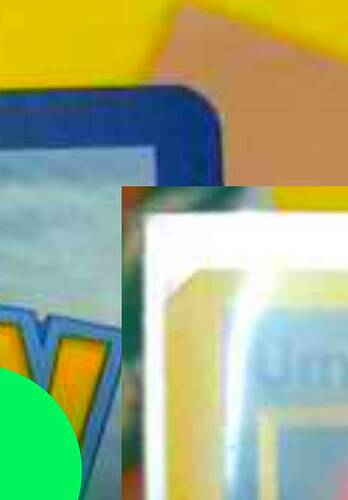 Just wanted to make sure I wasn’t jumping to conclusions. I’ve reported the seller. He has positive references from active users, but I guess he was playing the long con.

Looks very suspicious indeed, even the Espeon that is in the imgur link has those strange 45 degree cut corners (only on the top left, though). Even positive references can’t really cover up for fake products, sadly. He may just get a warning, if it is through eBay

I’m not certain that those are fake, I bought a big collection with a ton of sealed Play promos at one point and a lot of them had that kind of flat corner cut error, so I know in some cases it’s just Nintendo quality control. Idk if the same type of thing is common with POP series, and it does look a bit extreme on those. The coloring, text, and texture look on point to me which I’ve never seen on fake cards… it’s possible they’re altered? Or maybe fake altogether, but in that case they’re the best fakes I’ve ever seen.

To me, it almost looks like they have taken the back of a newer (2017) pokemon card and pasted it together with the older style. With new cards these days the backs look more glossy and a much lighter shade of blue compared to the WOTC - EX Ruby stuff. I’m on the fence with these two.