New Disney Lorcana card game is coming for Pokemon and Magic: The Gathering

The Disney Lorcana card game aims to be easier to get into than Pokemon or Magic: The Gathering 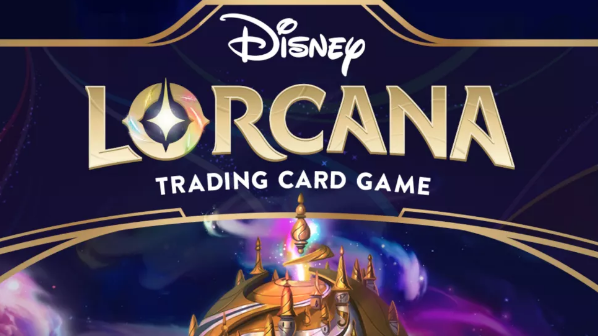 “Along with being “rooted in the magic of Disney characters and storytelling”, the press release notes that this game is accessible for newcomers while still providing “thoughtful” gameplay where veterans of the best card games are concerned. Disney Lorcana will also feature “more original Disney artwork than any other single product ever created” according to the vice president of Disney product design.”

Disney has been going hard on the expanded multiverse of their characters. Lots of mobile games with “reimagined character designs”. Seems like this will be part of that, not sure if people will embrace it though unless it looks really good, Disney does have the crazy money to dump into it for some time though.

And maybe half of them aren’t even well known because Disney hasn’t exactly been equal in its marketing of them.

Though I suppose that might be enough to last for a few years. Disney fans can be rabid and you’d assume they would have a bigger fanbase than stuff like Digimon and Yu Gi Oh.

I can’t see it becoming overly exciting for the usual card game players/competitive scene that are the driving force behind games like MTG and Digimon.

However, just due to the sheer number of Disney fans (Marvel, Star Wars etc also), it wouldn’t surprise me if it got a strong collector base, perhaps second only to Pokémon for TCGs.

They have stated that Marvel and Star Wars will not be a part of this TCG, it will be classic and Disney branded IP and characters that will be featured on the cards.

Ah thats a shame. Definitely room for “Secret Lair” type expansions and collaborations in the future though.

I wonder if this has to do with the rights currently being utilized by Weiss Schwarz? I’m not sure exactly how rights agreements work, though

Gimme some black and white early animation style secret cards and I am in. Or anything by Mary Blair! There is an absolute treasure trove of art waiting to happen.

This is a pleasant surprise, at least for me. Even if Disney already had some TCGs in the past (Wizards of Mickey for example) I hope they give this one some real support. Recently they experimented with some aesthetics and styles that are perfect for a modern TCG, like they did with Mirroverse. In fact I checked some pictures and I saw they include a card into the toys for the game (as they did with Disney Infinity) 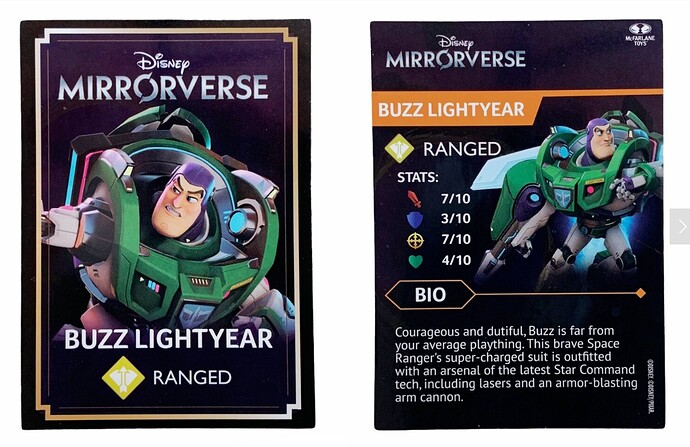 The designs are amazing, honestly 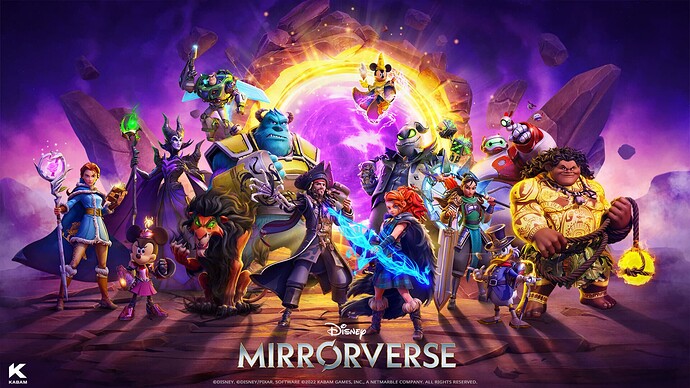 If they choose a more classic, kids-oriented route in im as well, but it’s a shame stuff like this are now almost forgotten doe to poor marketing and nearly zero investment into make the game popular or relevant to their potential audiences. Oh, and I want Kingdom Hearts stuff included as well in the TCG! 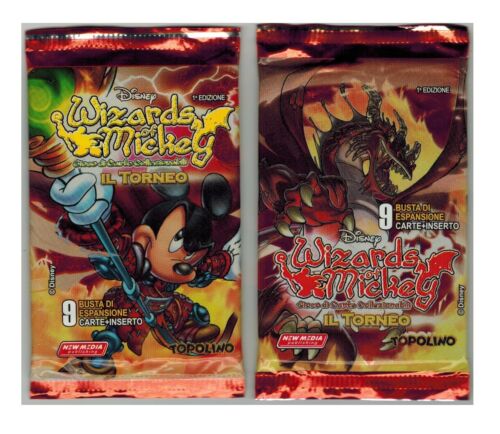 I’m definitely interested to see how this ends up looking. I’m a big fan of Disney Villainous which Ravensburger produces. That product has great artwork and gripping gameplay, so I’m glad Disney is trusting them with this project as well.

I don’t think this is something I’d collect personally, but I’m very interested in seeing the cards. Especially since they’re going hard on original art.

We should see some card types Sept 9-11 at their d23 event! Cant wait to see what is shown. They could really hit it on the head if its a structure like Weiss Schwartz. Could have a set for each of their IP’s and break it up however they want. Star Wars= SW Base, a set for each movie, a set for each expanded universe story, etc. You can easily see the many routes they can go.

in fact, Weiss recently released in Japan a set based on Pixar IPs and the Marvel expansion (for some reason) remains japanese exclusive 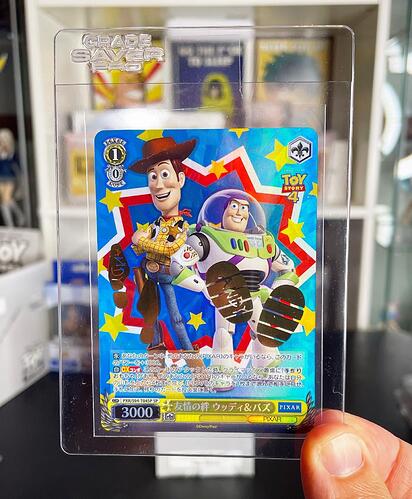 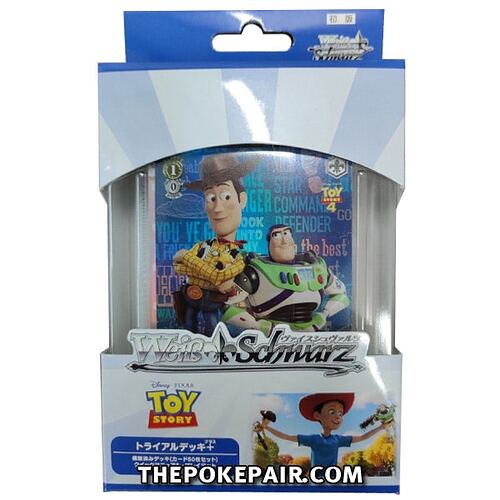 Btw, Panini released a few years ago some sticker/cards collection with GREAT designs, and they are very affordable. If you like Toy Story of other Pixar IPs, this box (it cost around 30€) is pretty fun to open 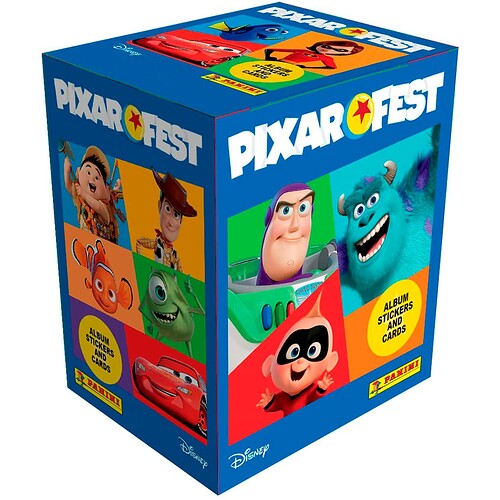 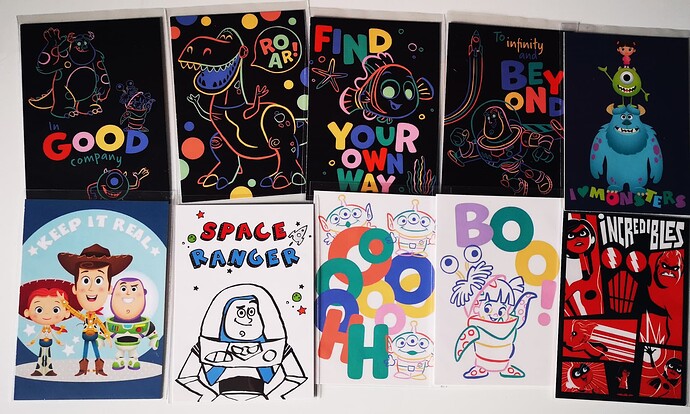 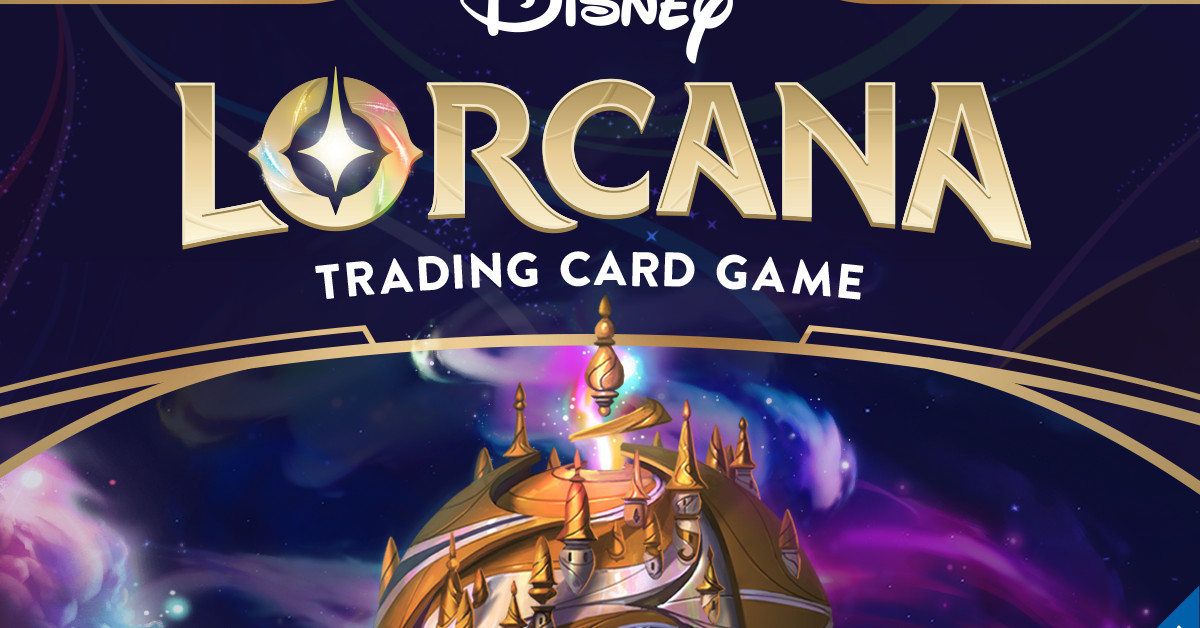 Disney will launch a new card game to go up against Magic: The Gathering and...

The guy quoted in this article mentions “shiny Eeveelutions” which is such a specific thing and uses the language so I have to assume he’s pretty entrenched as a collector or at least a fan of TCGs.

That said, I’m getting the vibe that this will be more of a collectable TCG than one with a dedicated player base.

In the US, Fantasy Flight Games has had both the Star Wars and Marvel Card/Board Game license for awhile, just a guess but there may be some exclusivity in there preventing Weiss to have those IPs in the US.

I think Disney may be trying to capture a share of the TCG market that (IMO) hasn’t yet been captured – people who aren’t fantasy or video game nerds.

I’ve lost count of the number of people I’ve met who are put off from even trying MTG due to the fantasy flavor. My teenage sister, for instance, just had zero interest in the premise that underlies MTG – that each player assumes the role of a wizard with a book (deck) of spells. At the same time, she was perfectly willing to learn chess, which really demonstrated to me that the fantasy flavor of MTG (which isn’t even important to me and many other MTG players) makes the game unapproachable for many people.

Disney IPs, on the other hand, are more palatable for some and might make the game feel more approachable to a crowd that otherwise wouldn’t bother with TCGs. As it currently stands, everyone into TCGs is already either a fan of fantasy and/or video games. Disney may want to capture the audience of people who don’t already consume fantasy/video games but may be open to getting into a TCG. Whether or not there are even a significant number of people who fall into that category is yet unclear, so I’d be really curious to see how this goes.

Whether or not the artwork will be original and capture the Disney magic will be the main factor of its success imo. Either that or the game will need to have fun and complex enough of mechanics to reel people in (which doesn’t seem likely since they mentioned it’ll be even easier than Pokemon).

I think making a successful TCG is extremely hard and is the exception rather than the rule. You have to hit the right timing with the right IP and the right goal.

The hard part is reaching a critical mass of enough people that will engage with your TCG, the harder part is keeping them engaged indefinitely. Given the popularity and probably large financial backing of Disney, the TCG will almost certainly start off successful but the true test will be how it’s doing 8 sets in.