Note: i did not put anything F tier. even though i like some least of all, i do not believe any of these are “bad” 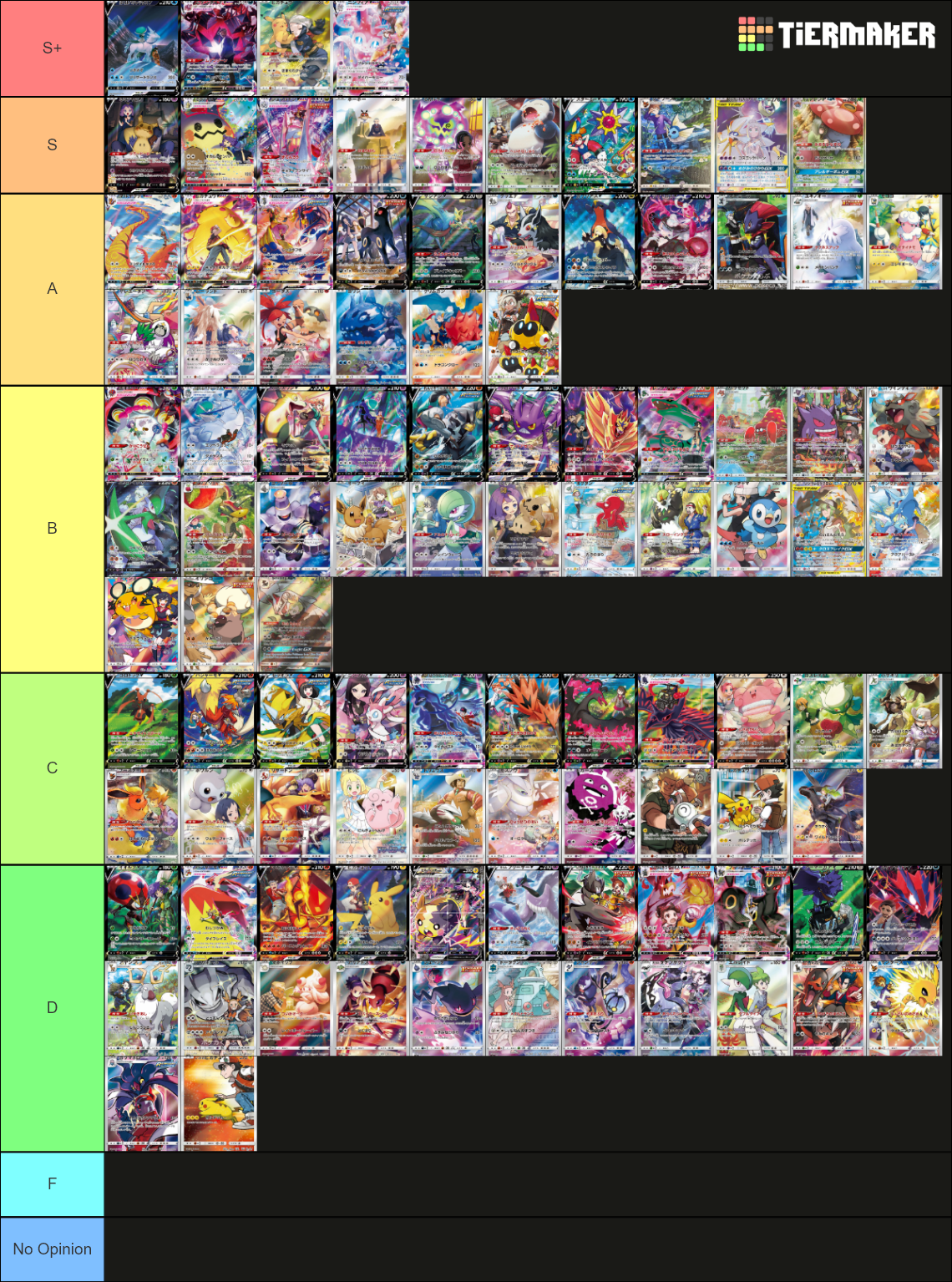 i thought about putting them in here, but they are in the special art tier list already even though they should be in this list thematically

its boring to me. no real story to the card. just the two characters lunging forward

I’m a little biased on a couple because calyrex, piplup, and flaaffy are three of my favorite pokemon. did this pretty quickly also so a lot in the mid tiers could probably go up or down 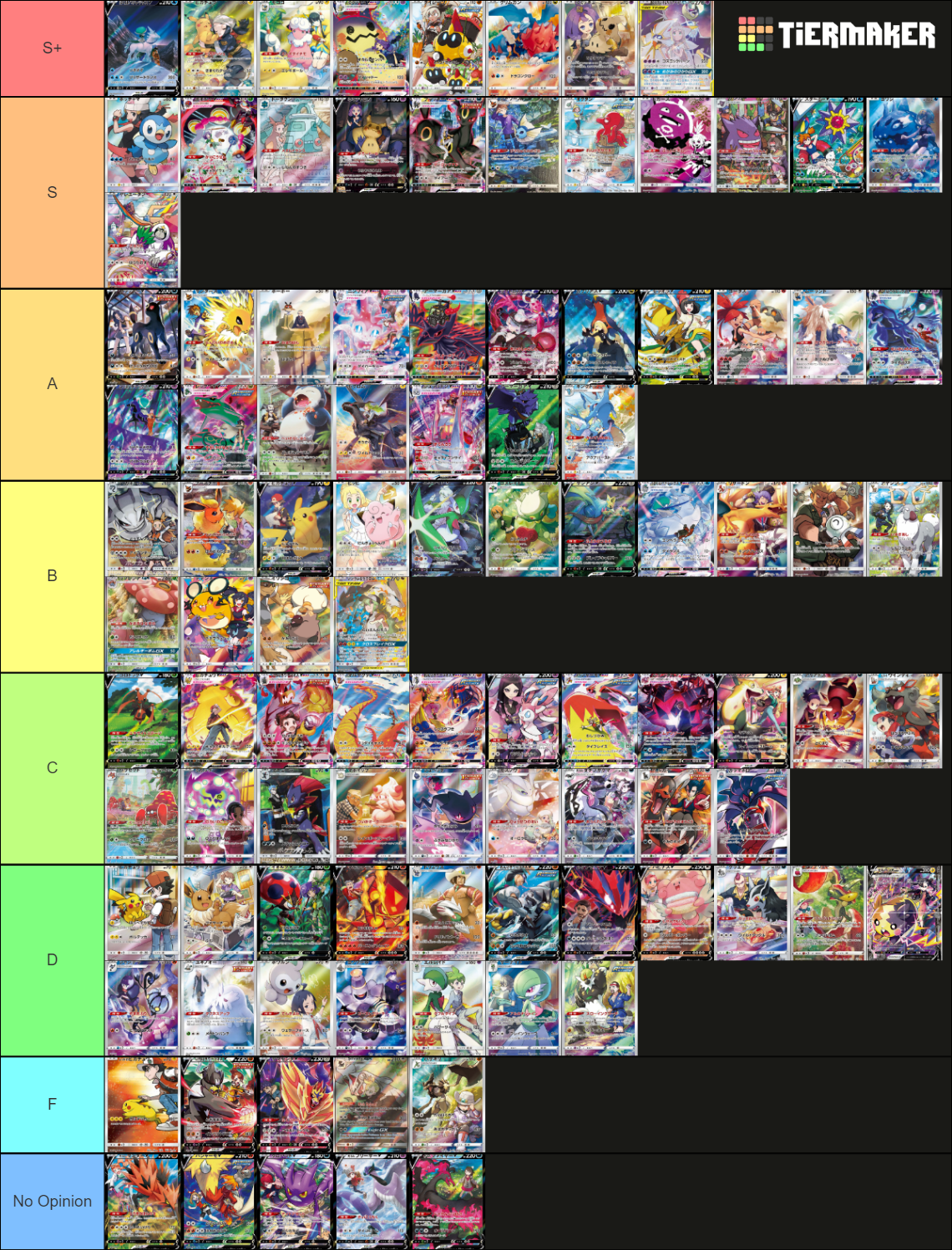 You guys deserve prison time for your Red’s Pikachu ratings

i’d say the same of young people growing mullets these days, but you know, trends change. 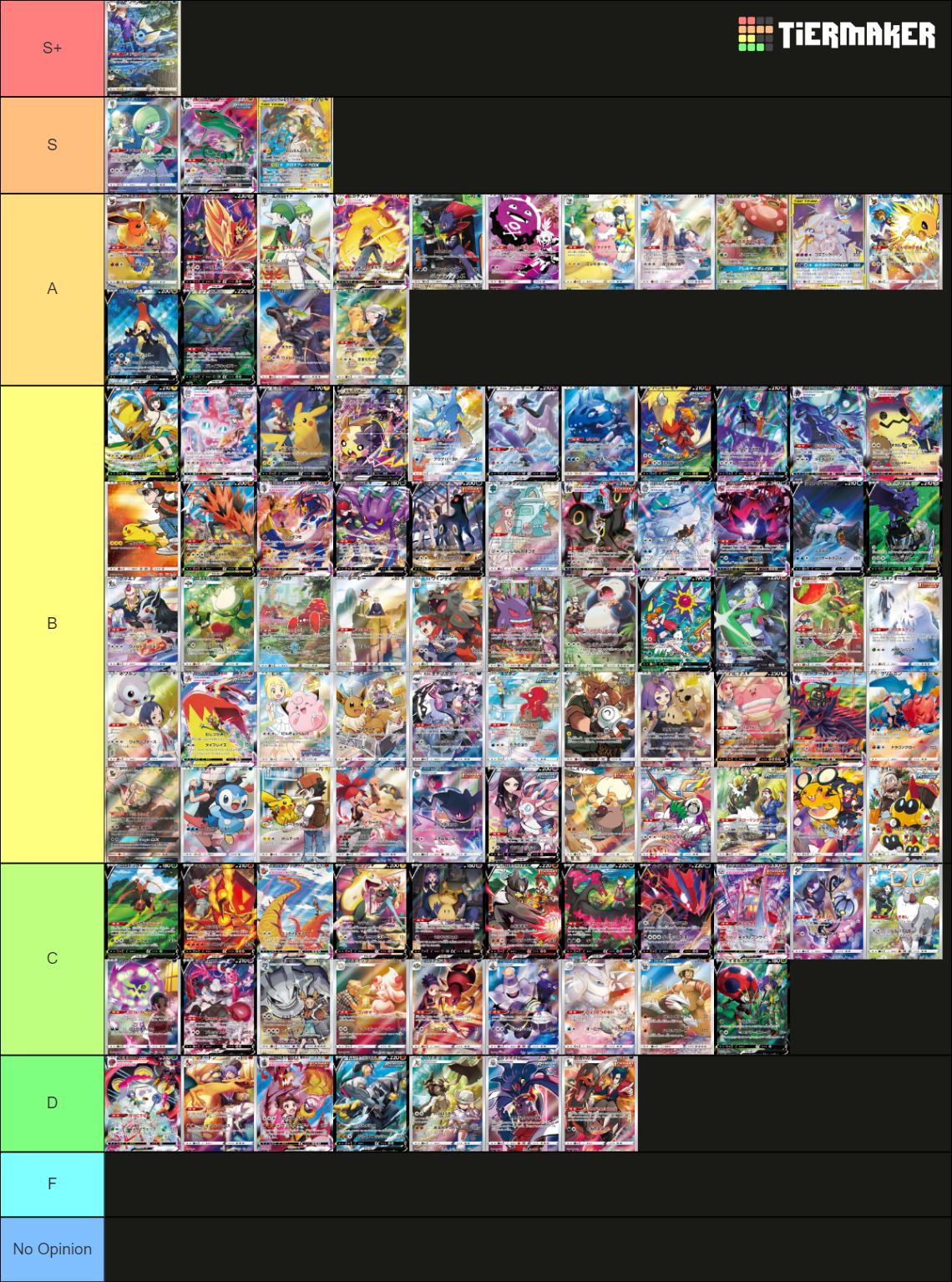 This was so difficult. That’s why so many B tiers. I didn’t want to put anything in F tier because none of them are bad and I love the concept. In D tier there are cards that I like the least because of the Pokemon or there is something weird about it, for example Charizard and Houndoom both have weird faces imo. But I still like the idea behind the Charizard even if I put him in D.

Just like the Alt Arts tier list, none of them are bad and even F tier I would consider good. This time I didn’t do an individual ranking per row, since I lacked the time.

Also, some of the Character Rares are missing, like the two mentioned earlier that were in the alt art list, as well as for example the English Lance’s Charizard or second Erika’s Vileplume; Lillie’s Solgaleo & Lunala; N’s Reshiram & Zekrom; and Galedeon’s Silvally. (And I would consider Team Aqua’s Kyogre EX S+ tier and Team Magma’s Groudon EX S tier as well if they were included.) 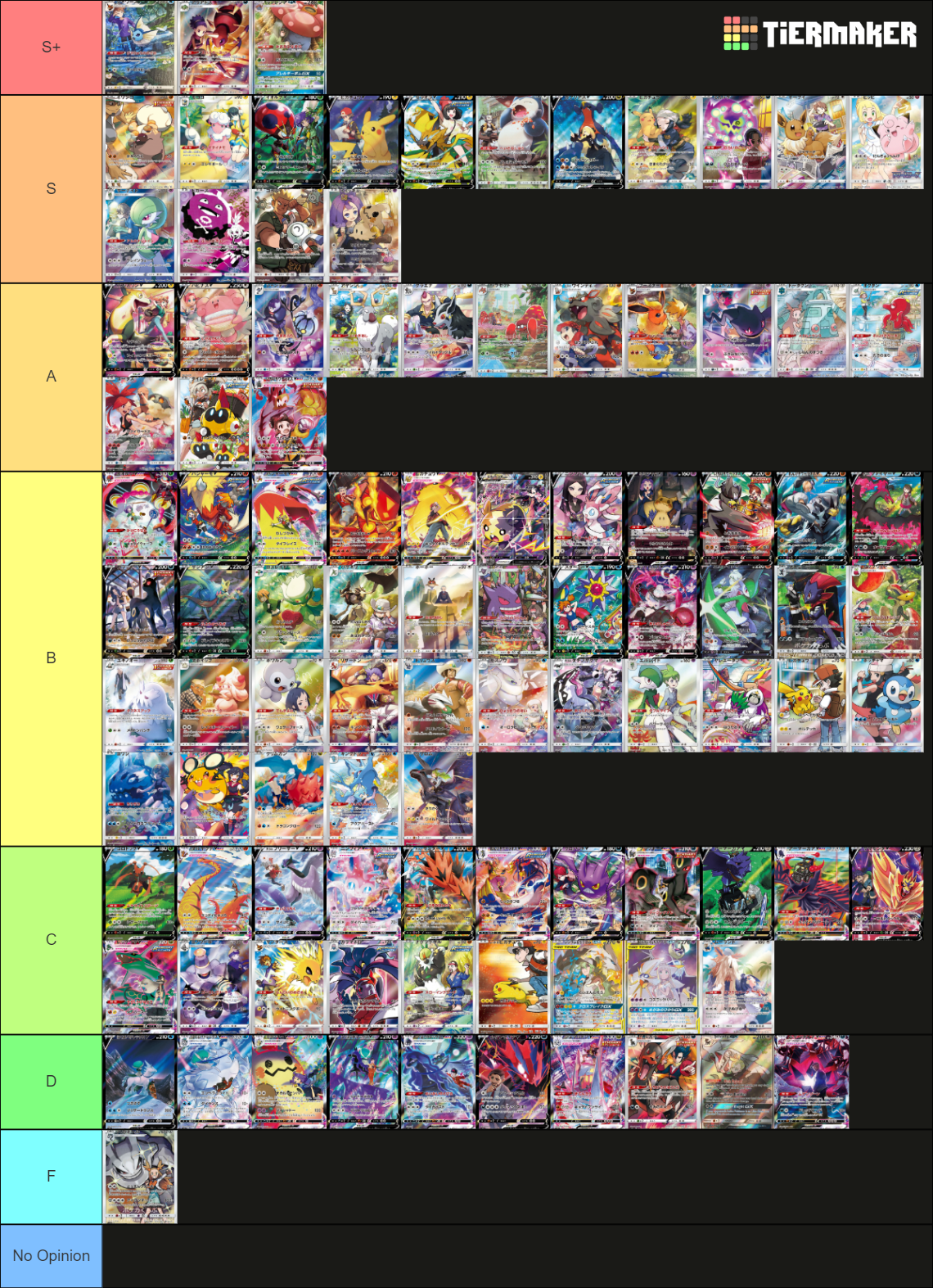