A pokemon collectible you may have never seen

For many years I have been a fan of uncut sheets. Most of my collecting involved strictly Magic sheets, although I do have one of the Kay-B-Toys Pokemon holofoil sheets.

One of my sheets managed to encompass both Pokemon and Magic, and I never found another like it in the Magic community. I am curious if any similar sheet has ever surfaced in the Pokemon community. The sheet came out of Carta Mundi’s Tennessee facility around 2000. I am enclosing pictures and would love to hear if there is anything like it out there.

Because I can’t upload pictures to this site (or haven’t figured out how), my Pokemon-backed Magic card sheet can be found at:

My uncut sheet is about 3/4 down the page. Please note that this page also displays some Magic-backed Pokemon cards about half way down the page.

I think you can also find the two individual uncut sheet pictures at:

That’s pretty cool, did you own it when those magic libraries pictures were taken? Where did you come across it?

I am the second owner, and I was a Moderator on that forum (I’m still listed but it is ceremonial at this point). I supplied the photos years ago, as that site specializes in Magic errors, oddities, and accessories.

The first owner was a truck driver. He happened to be the driver who picked up the pallet of Pokemon holofoil sheets for the National Kay-B-toy Pokemon Fossil sheet giveaway. He delivered the uncut sheets to the specialty fulfillment company who packaged the contest products and shipped a package to every Kay-B-Toy store across North America.

At the time Pokemon was going crazy among kids. The truck driver, upon delivering the skid of uncut sheets, asked what they were. The manager of the fullment company explained about the contest, and opened the skid packaging to show the driver the holofoil sheets.

The truck driver explained he had two young daughters who loved Pokemon, and the delivery was made just before Christmas. The manager apparently knew he had extra sheets, so he gave the truck driver two of the sheets for his daughters.

At the time, Carta Mundi had a practice, when shipping uncut sheets, to protect them on the top and bottom with “scrap” sheets, uncut sheets which had been printed on but had something wrong with them so couldn’t be sold. Normally the sheets would be scrapped internally, but a few got out. The ones that got out were often sold on Ebay.

The manager gave the truck driver one good Pokemon holofoil sheet, but the other sheet was a scrap protective sheet, my sheet. The back looked fine, but anyone who knew Magic and Pokemon would have known the artwork wasn’t quite right. Since neither the Manager or the truck driver knew anything about Pokemon, the problem wasn’t discovered until the driver got home and his daughters let him know one of the sheets was great but the other wasn’t Pokemon and was very scary. The driver put the scary sheet on Ebay and that was where I found it.

Oh, that’s pretty crazy. I have seen two (German) Pokémon cards with MTG backs, but never the other way around. Not to mention this is an entire uncut sheet. Thanks for sharing!

That’s an awesome story of the truck driver. Thanks for sharing!

That would probably bring some serious money in today’s market. That has to be one of a kind?

The cards @quuador mentioned are the closest thing I’ve seen to it.

Loved the story! Like a few others, I had only seen Rusty’s cards with Magic backs before this.

Cool site btw! I’m not much into MTG at all, but some of these printing errors are pretty cool. Like those Amstel Beer backs, or those Tiger backs. Does that site contain all known printing errors?

Just for anyone too lazy to look at that site, I’ve copied the Pokémon front with MTG back cards here (the ones I mentioned in my earlier comment): 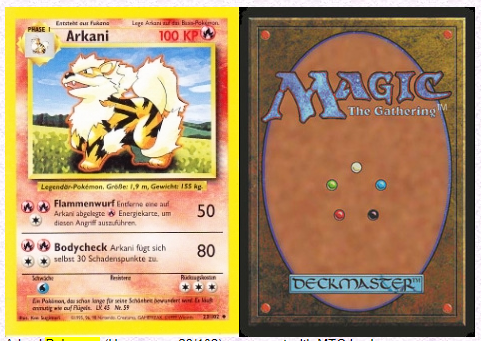 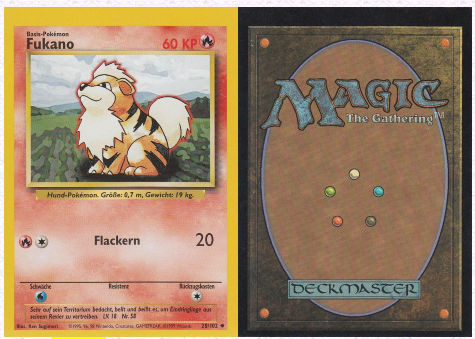 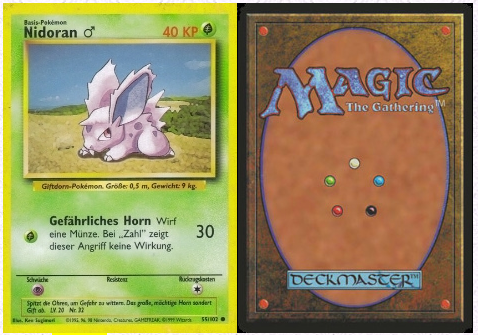 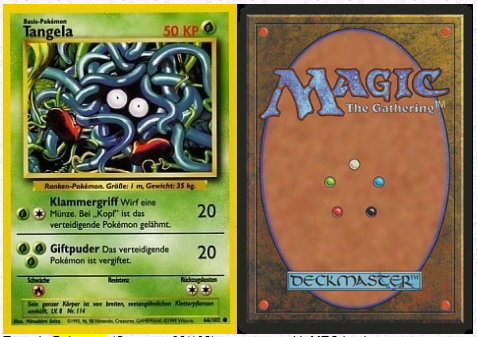 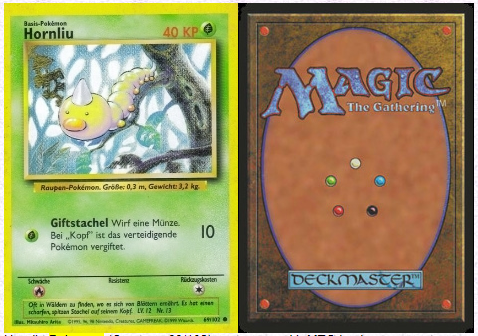 Its been weird trying to come up with a value for something like this. On the one hand, the cards would be unique among all Pokemon backed cards, as they are unique among Magic cards. They are, however, novelty cards for both collecting groups. While they are in an uncut sheet, these days there are individuals who are extremely skilled at breaking uncut sheets into individual cards at relatively low cost.

On the Magic side of collecting, the only thing similar is the Harry Potter backed Magic cards, which are effectively a sheet like mine that was factory cut and packaged into theme decks (also described on the above-referenced Magic site). Because they are individual cards, pricing is rather high, as collectors can go for a single card to meet their collection needs. The last sales of the Harry Potter cards were about $200 / card for lands and commons, and substantially higher for uncommons and rares. There are 120 cards plus one filler on the uncut sheet. But as an uncut sheet I would expect a much lower valuation. I have resisted the urge to have the sheet cut.

I think cutting it would ruin the value in it, for me at least. If it was modified by anyone after the factory it basically becomes tampered with from my personal collectible standpoint. Resulting in 0 value or interest.

Same way I look at square cut misprints. While they do exist in the wild, I’ll never buy one as sheets have been cut and cards have been sold as square cuts while not being a factory error.

That’s correct. I’d buy one of these cards any time for a couple hundred, but that doesn’t necessarily mean the full sheet would bring in $20k+. That being said, it’s still worth a pretty penny. It’s something I would let sit on a best offer listing for a month or two and see how much people are willing to pay.

@scratchdesk You’re right of course, but individual cards would bring way more than a full uncut sheet. That’s just how it is. I agree 100% about square cuts, I’d never ever buy one. Even if it’s graded it doesn’t mean anything.

That’s correct. I’d buy one of these cards any time for a couple hundred, but that doesn’t necessarily mean the full sheet would bring in $20k+.

@scratchdesk You’re right of course, but individual cards would bring way more than a full uncut sheet. That’s just how it is. I agree 100% about square cuts, I’d never ever buy one. Even if it’s graded it doesn’t mean anything.

This was the dilemna in the Magic community. A few collectors only wanted the cards that have one copy on the sheet, since those would be, by definition “unique”. But surprisingly, the collectors pushing the hardest for me to cut up the sheet were the land collectors. If anyone doesn’t know, Magic lands are the equivalent of Pokemon energy cards. It turns out that since lands are usually plentiful, there are a decent number of Magic collectors who try to collect one of every land in every variation. It is usually a labor of love rather than a labor of dollars. My sheet has basic lands with Pokemon backs. It meant there collections were no longer complete. Some of these collectors got their individual copies of the Harry Potter backed lands, and were irate that Pokemon backed lands couldn’t be had in the same way.

If you really want to cut the cards out, you gotta use these scissors: 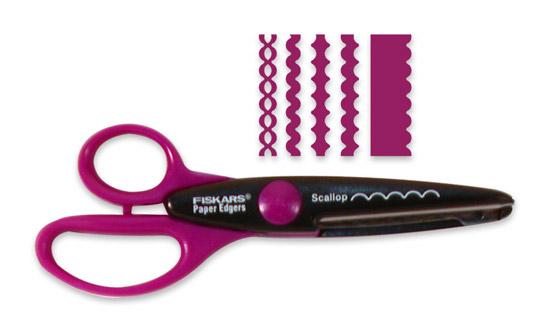