Who else collects Holos or is it just me?

Hi E4,
I’ve been collecting Holos and putting them in my binder since 2014. Yesterday I went to my local card game shop and saw people’s binders had pages upon pages of EX, GX, V, etc and not a single Holo in sight. Do you have a binder full of Holos too? If not, that’s alright as people have different ways of collecting.

No it’s just you

Are you asking if people still collect regular set holos or if they only collect full arts and secret rares? Is that your question?

Obviously people still collect set holos. Children are probably more inclined towards full arts and secret rares because those are the most exciting cards to them.

just you – i actually toss every holo i pull

Holos used to be the chase card so everyone collected them. Ever since Full Art, V, VMax, EX, GX, Alt Arts, Secret Rares, etc, became the chase cards, most don’t want to primarily collect what is essentially shiny bulk.

Since Pokemon collecting is so big, of course there are going to people that collect holos, reverse holos, BREAKs and just full sets in general.

The majority want the chase cards though, so that’s what you’re mostly going to see in binders.

I have two large binders where I collect and store all my holofoils post e-reader, plus all my reverse holos. I used to have them in a box but keeping them sorted into a binder makes it fun to go back and look at what I have.

I still can’t tell if OP is a troll or not.

Pretty much everyone who collects WotC collects holos. It changes once you get to people who collect post-WotC sets. Many EX Series collectors just collect exs and/or gold stars. I do happen to collect regular holos for the early EX Series sets (in addition to exs, of course), but my impression is that most people just go for the exs. I imagine it’s even moreso the case for modern that people just collect the higher rarities.

Yep, when it comes to ultra modern I’d assume the regular holo collectors out there are few and far between.

Personally, I’d love to collect many of them if I didn’t dislike the foil (and less importantly, the layout and cardstock.) Some great art out there still.

what is a holo? is it another word for ultra mega super shiny rainbow rare? if so then YES I collect them too

I don’t, since I collect all cards and variations.

Do you perhaps have any pictures of your collection? And do you actually collect modern Holofoil Rares, or you did back in 2014 but not (yet/anymore) now?

I collect some modern cosmos holos, which are basically just the blister pack promos. 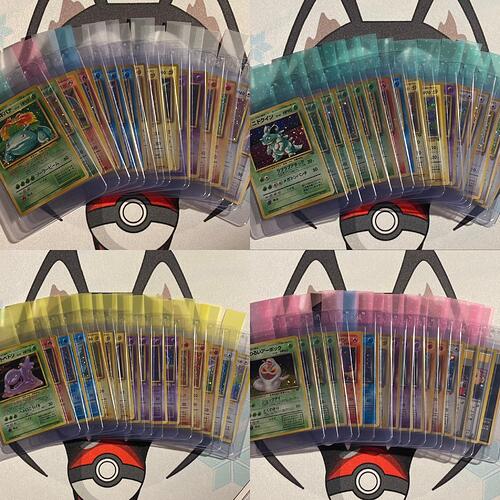 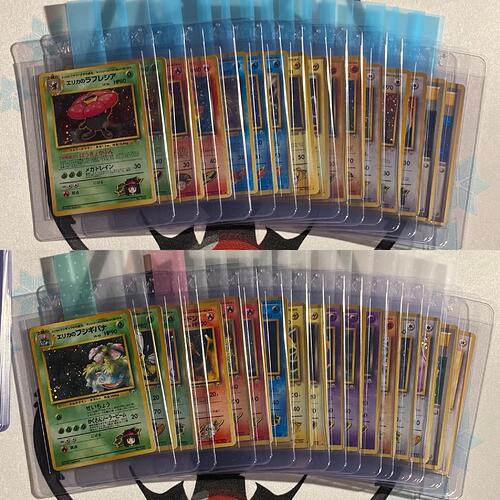 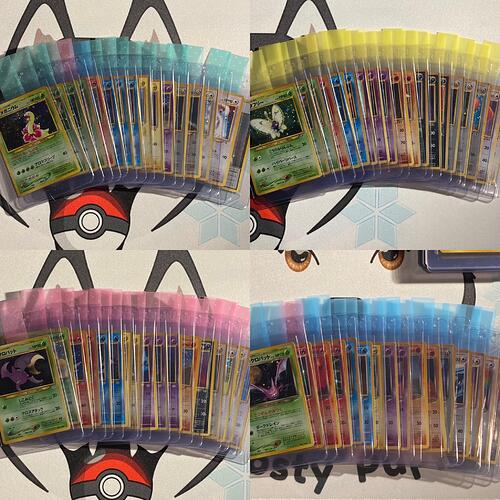 These look so pretty all fanned out like this.

Do you perhaps have any pictures of your collection? And do you actually collect modern Holofoil Rares, or you did back in 2014 but not (yet/anymore) now?

+1 for this!
It would be great to see your collection

These look so pretty all fanned out like this.

I love how some older sets were so neatly color-coordinated. Now…it’s much less so

So if you like a non holo you can’t buy it?

I personally love collecting holos. In my opinion, there are some beautiful holos from (my personal favorite) the Diamond and Pearl and ex eras that use to get overlooked for the alure of the ultra rare chase card. A perfect example of that is D&P Secret Wonders, a set jam packed with beautiful art. I love collecting holos in my binder and I even put modern holos in a binder from the most recent sets if I like the art. Anything holo or above is sleeved and stowed away in a box of Im not in love.