Thoughts on the new Pokétoon Series?

I would love to get your thoughts on the new Pokétoon Series!

In my opinion, this series contains some of the best storytelling and visuals that The Pokémon Company has ever attempted. I am genuinely excited to see the new episode each week, and I hope that they continue the series after its final release later this Summer 2022.

If you have seen each of the episodes so far, which is your favorite and why?

For those of you who are unfamiliar with the new series, you can watch them free of charge below:

You’ll want to “toon” in to Pokémon TV on June 17, 2022, for the English-language premiere of the first episode of POKÉTOON, a series of animated shorts that were originally published on the Japanese-language Pokémon Kids TV YouTube channel. Each episode tells a different story ranging from silly to heartwarming, and each is presented with a unique art style that makes it stand out from other Pokémon animation. There are eight POKÉTOON episodes in total, and a new one will release every Friday. Remember, the first episode, “Scraggy and Mimikyu,” arrives on June 17 on Pokémon TV, and the series will appear on the official Pokémon YouTube Channel later this fall.

I love them! I disliked the anime even as a kid so it’s refreshing to enjoy these one-off stories. My personal favorite was the Slugma episode, very cozy. The Jigglypuff one missed the mark for me but not everything is for everyone. What was your favorite?

I loved the Slugma episode too! If I had to rate them right now, this is what my list would look like:

Yeah they are awesome! Definitely a cool alternative to the normal animation Pokémon creates. My fav is the Magikarp episode. I remember first seeing it on the Japanese Pokémon Youtube channel randomly too!

Since I started collecting again during the dead era, anything is a positive for me! I did check this episode: Poketoon - Scraggy & Mimikyu Animación Cartoon Oficial The Pokemon Company HD - YouTube and it gives me cuphead vibes. The animation is a nice alternative for people who aren’t big into the anime.

I like the anthology feel of the Pokétoon Series. It makes me wonder whether the producers at Pokémon TV saw the success of Love, Death, & Robots on Netflix and thought, “Huh… we can do that!”

Haven’t watched yet, but I just took a glimpse at the first one, and Damn, I’m hoping they are as committed to the style as they seem. Scraggy episode really going for that Old school Merry Melodies feel right off the bat. Definitely have something to watch another time. Made me nostalgic for Bugs too…

I didn’t even know these were a thing. Definitely checking it out later!

I absolutely loved them. My first introduction to Pokemon was through the anime, so I am sucker for all Pokemon anime related content. Infact the whole “Specials” section on Pokemon TV is filled with some really awesome content and its worth checking out. The Hisuian Snow was just beautifully animated.

My favorite of the 5 toons was Blossoms Dream.

You should really check out Bidoof’s Big Stand in the specials.

I watched that one as it premiered

It was really good!

It’s been a long while since I’ve watched the eighth one, since I watched them in Japanese with subs close after they came out, but the Slugma one (Pokapoka Magumaggu House) was my favorite. The one with Gengar and the haunted school (Gengar ni Nacchatta!?) reminded me of other anime as well, which was pretty refreshing to see with Pokémon. And some of the others reminded me of Disney and Pixar shorts.

I like that six different studios worked on the eight episodes. (Only Studio Colorido did more than one; episodes 2, 3, and 6.) If only there were more than just eight.

Oooo I can’t wait to see the Gengar episode! It hasn’t released just yet on the English side.

I’d love a Twilight Zone style anthology show but with Pokémon! Or have these episodes be a bit longer.

For anyone watching the series, the next 2 episodes are out. The Gengar episode was adorable.

Is this the Gengar episode? 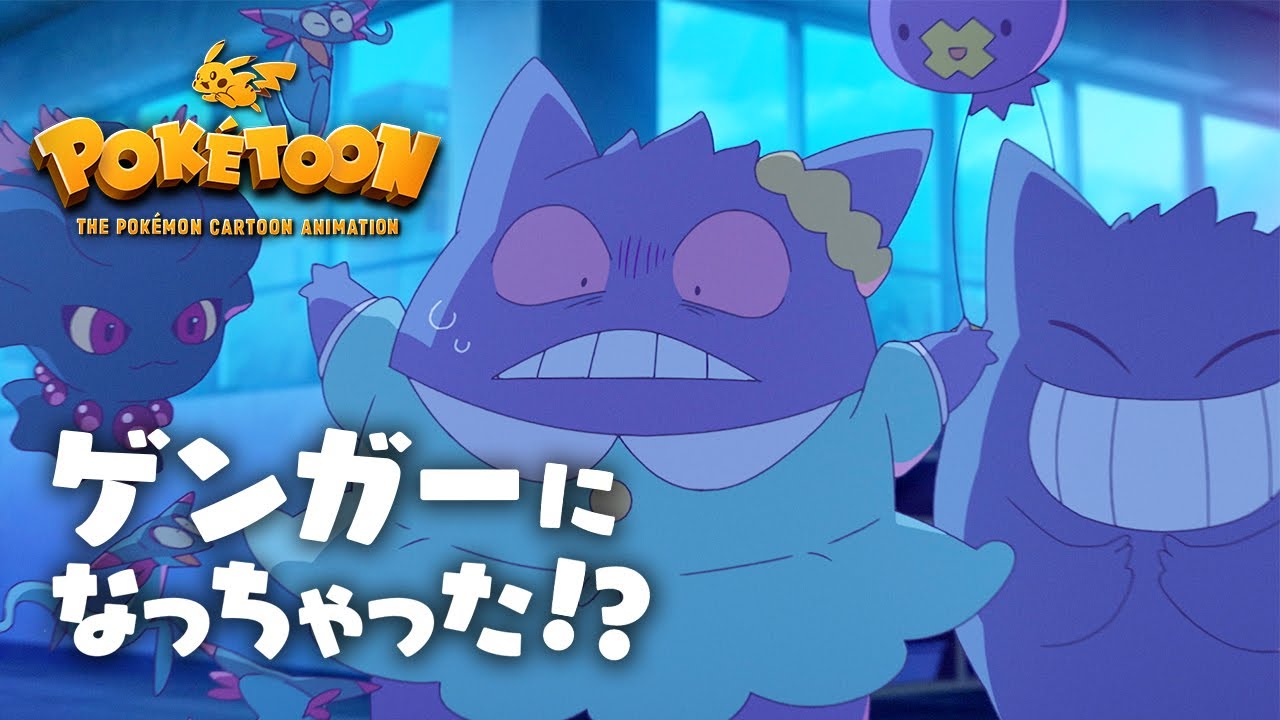 I love the kid deflecting the water with a spinning CD. Short little badass moment in Gengar episode. haha

Yep, although I think people are talking about the English dub, and the one you’ve linked is the Japanese sub which has already been out for a while now. But that is indeed the Gengar episode of the Pokétoons series.