The wiki has the following description.

This card was released in Japan as a promotional card. It was first printed in April 1997, available as an insert with the Pocket Monsters Fan Book. It was later reprinted as one of a selection of cards included in the Pokémon Song Best Collection CD, released on January 1, 1999. It was printed outside of Japan in the Neo Genesis expansion. The Japanese Gold, Silver, to a New World… print was updated to include “Basic Energy cards” in the card effect.

There are three kinds of this card which are generally known.

please look at this photo. 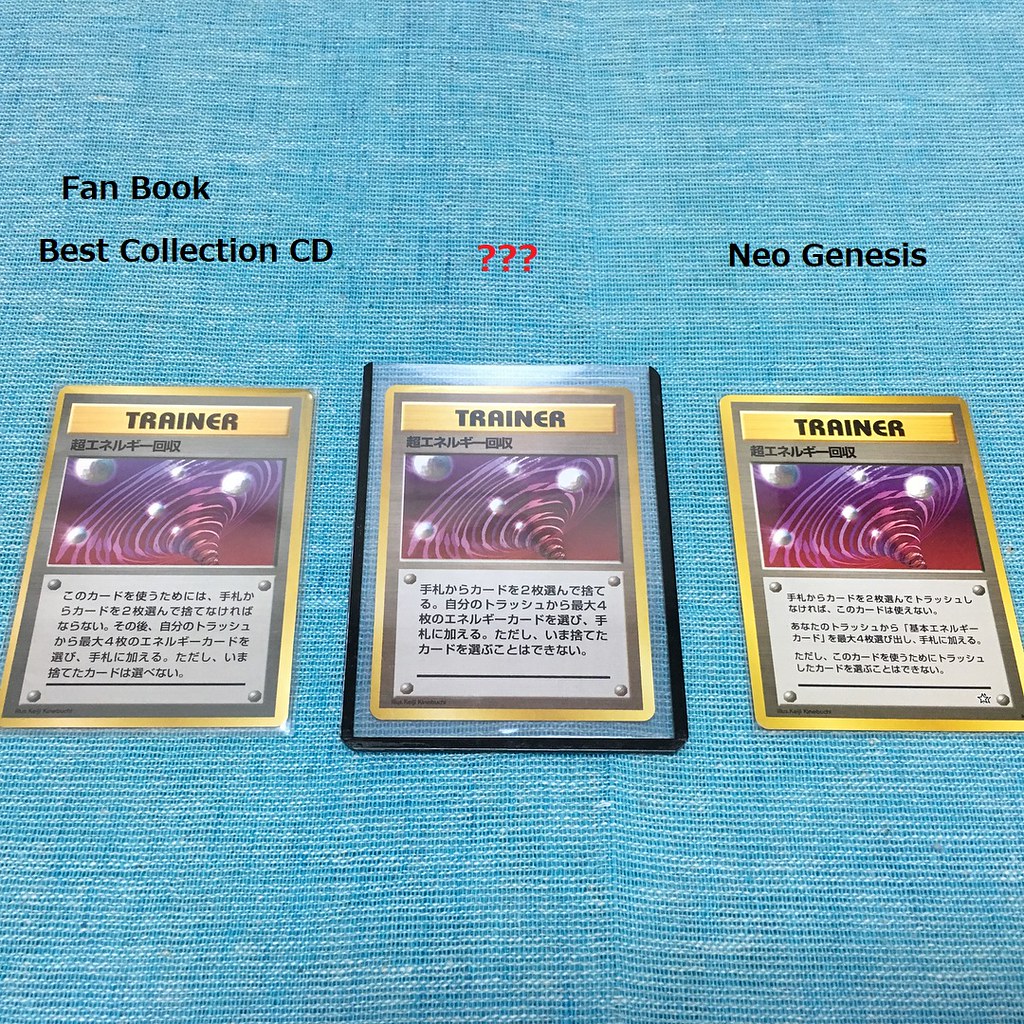 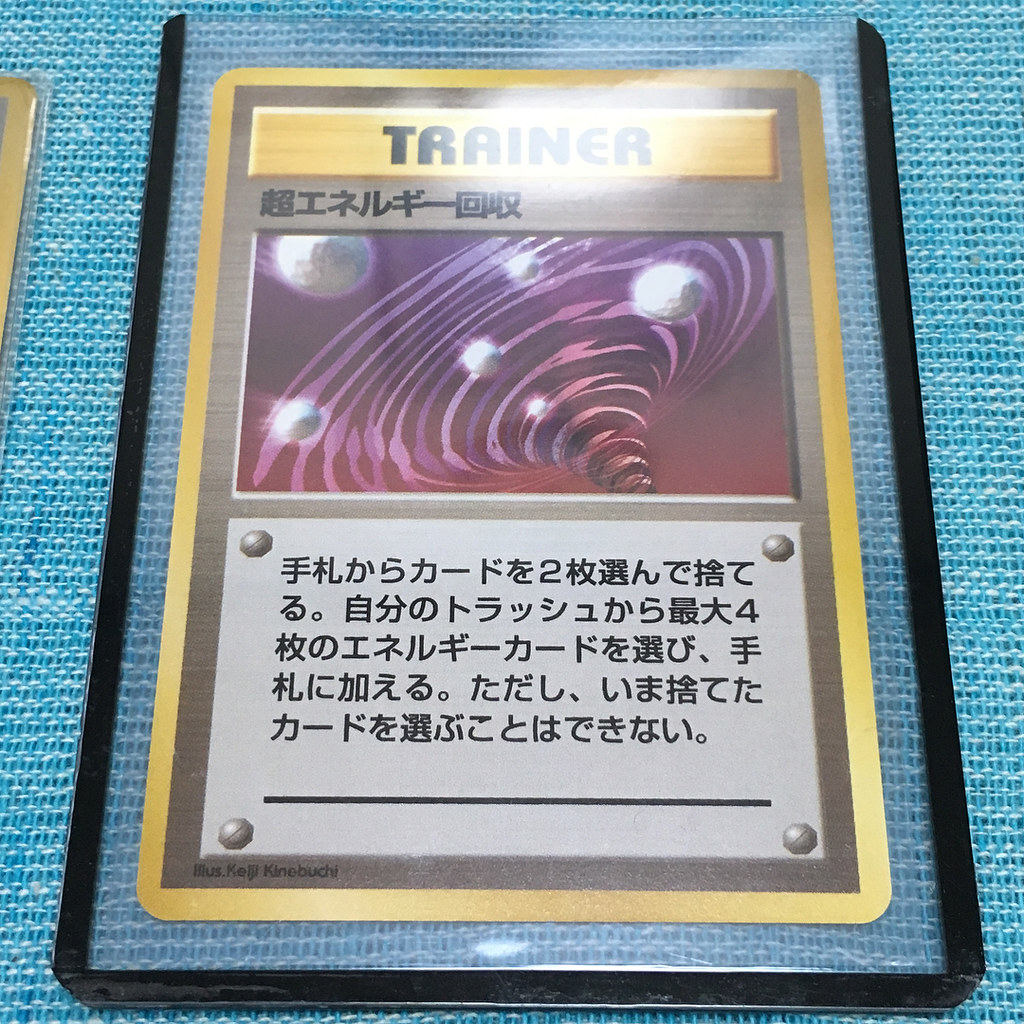 I do not know the details about this card.

However, since it appears in many books, I think that it is a card used among developers. 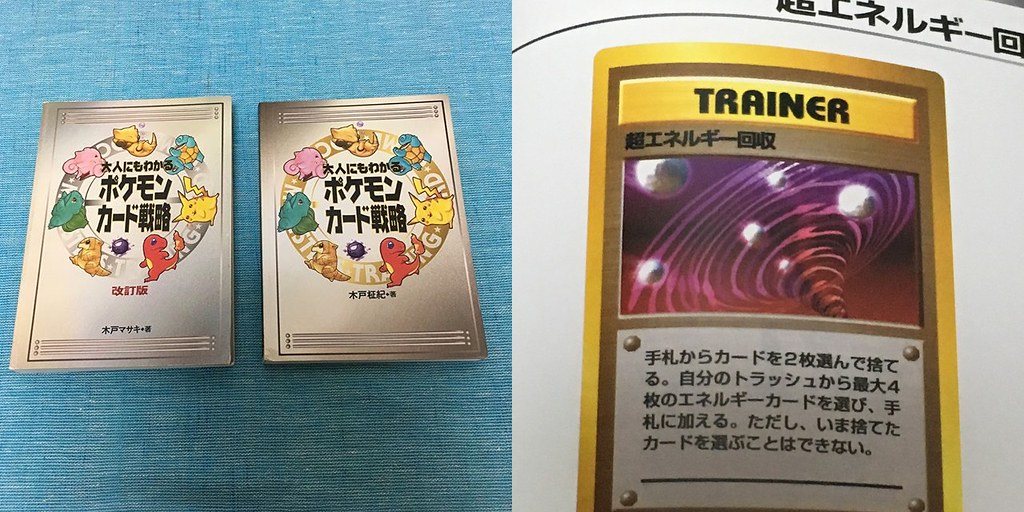 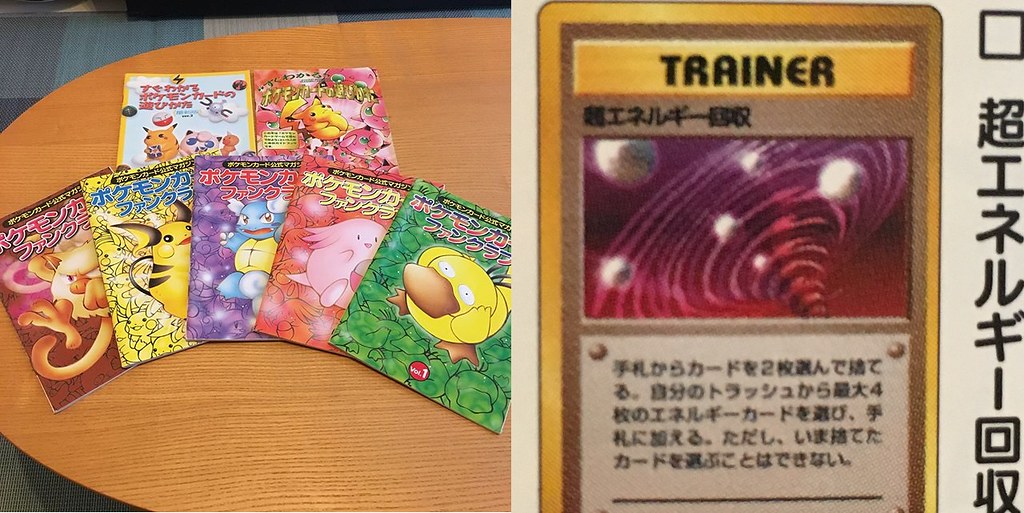 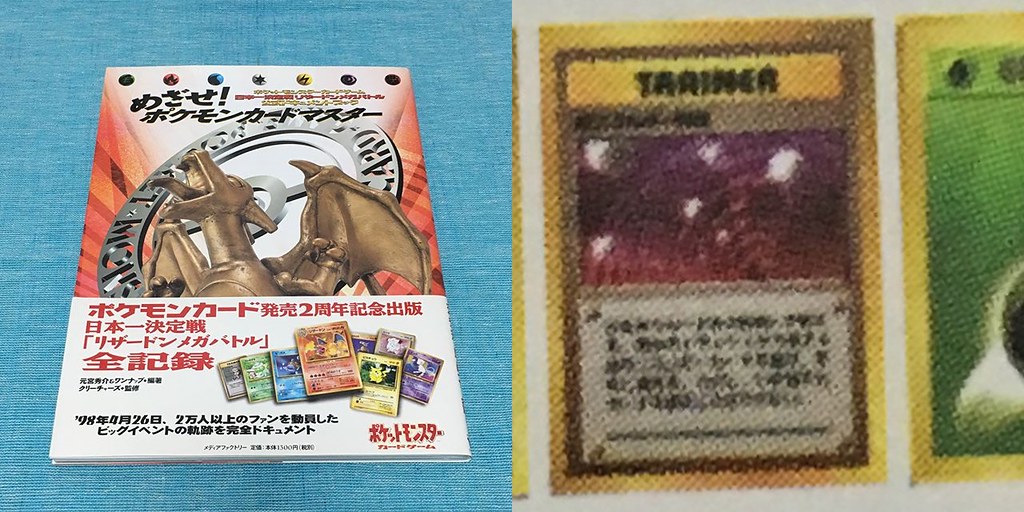 Thank you @nine for taking the time to write this, very thorough!

I wonder how PSA can distinguish the Fan or CD version.
Just wake me up 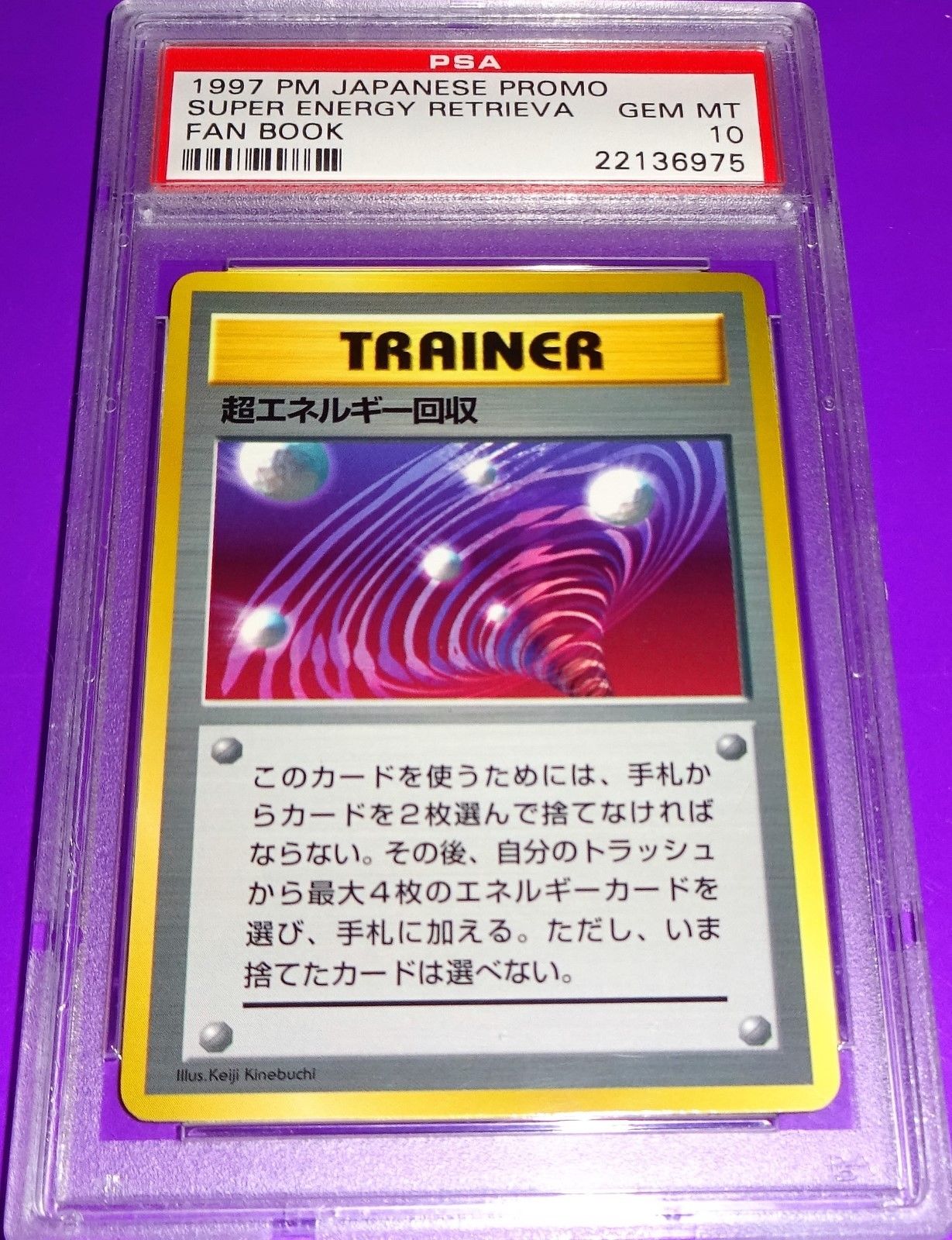 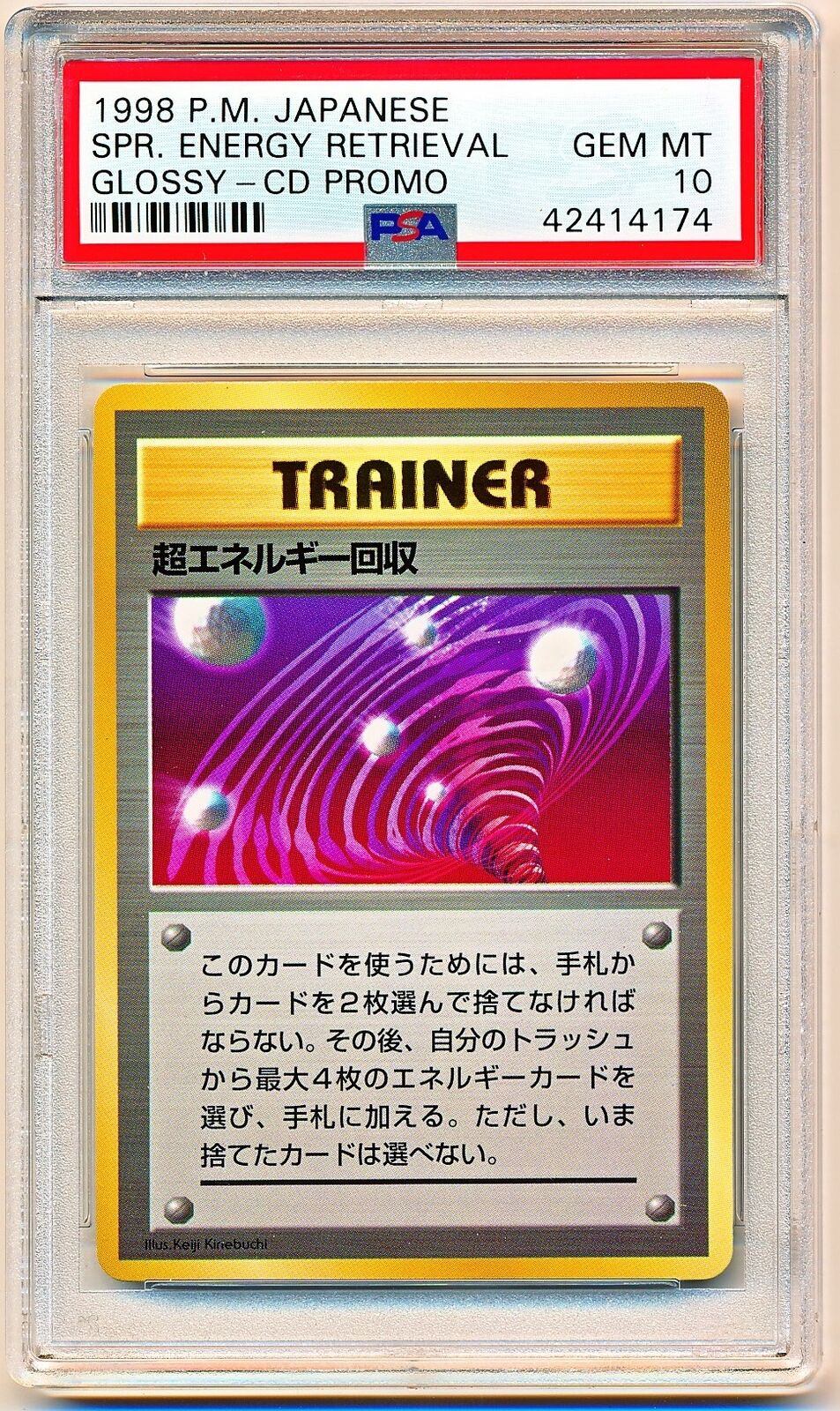 Cool post KEI, yeah it is nice to know the variants. Unlucky it is just a basic trainer card. i think there is a file or another promotional pamphlet for these also. i can’t remember the name of the pamphlet.

I wonder how PSA can distinguish the Fan or CD version.
Just wake me up

Here is a simulation of the exact method the PSA Pokemon research team uses to figure it out:

It’s accurate to even the coin used since any larger amount might significantly cut into the researcher’s salary.

Just to build on this one.
Besides flipping a coin what will PSA convins to label the card as 1997 PM Japanese Promo Super Energy Retrieval Fan Book ? 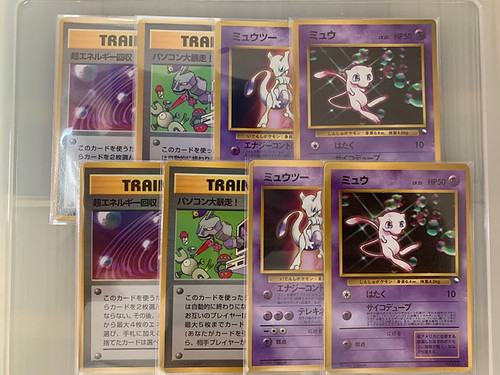 It is easy to distinguish the CD version from the fan book version. 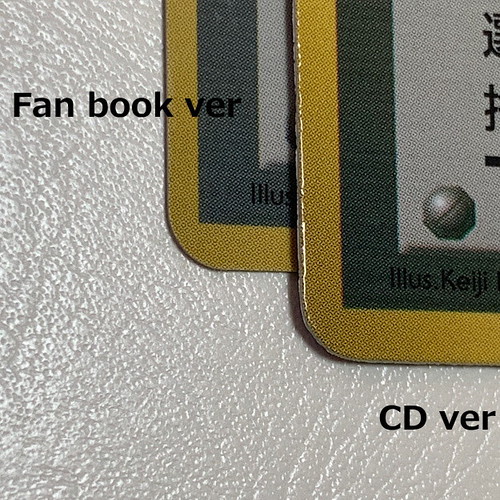 You can distinguish it by looking at the cross section of the card.

Many Japanese use this method.

There is so much to learn! Thanks @nine

I recently posted this exact question here when I was re-organizing my collection. Although the cards I have were most likely from the CD promo set, since I didn’t knew how to distinguish them, I had ordered them on their first release date for now in my binders and checklist.

Looks like I can now change that thanks to your information. Thanks a lot for sharing these kind of things; they are very informative and help a lot!

Keep up the great work.

EDIT: My Mew and Mewtwo are from the Best Song CD set, and my Compter Error from the CoroCoro Comic. The more you know.

Only the non-Glossy Cool Porygon I’m not sure whether it’s from the Nintendo 64 campaign or CD Promo (most likely the second), but since it’s non-Glossy I cannot use the method described above. For now I’ve put it at the CD Promo as well in my binder and checklist.
PS: My x45 mini microscope was very helpful here.