Should I get this Regraded?

Hey all! I picked this card up for cheap because of the grade I assume, but it really doesnt look like a PSA 5 to me. Can anyone educate me on this? You guys can read, but its a Coro Coro Comics Giovanni’s Nidoking GSA 5 (Cert # 29038496). I took a look at it under a desk lamp and have had a couple friends and even my wife look at it and we cant really find a scratch on it. It looks like it COULD be bowed, but could a bow give a card a 5? O.O Any advice or education on this thing would be GREATLY appreciated!

Almost certainly there’s a subtle dent that you missed. I cant say much else without seeing the card myself

Edit: didn’t see the pictures when I replied but my original point still applies

As pfm said, a small or subtle dent will will automatically reduce the card to a 6 at most. However if you dont find one on the card i would suggest a regrade psa have been known to misgrade cards

So, I took a closer look at it and noticed a small blemish on the back of the card right under the “G” in Card Game. I also a TINY little dent about .03mm on the front of the card. Other than that, I dont see anything else

Oh well, Im still happy that I actually have this card, even if it isnt perfect and I feel like I got a good deal on it.

I can’t see that on the other pictures.
Is it on the card or the sleeve? 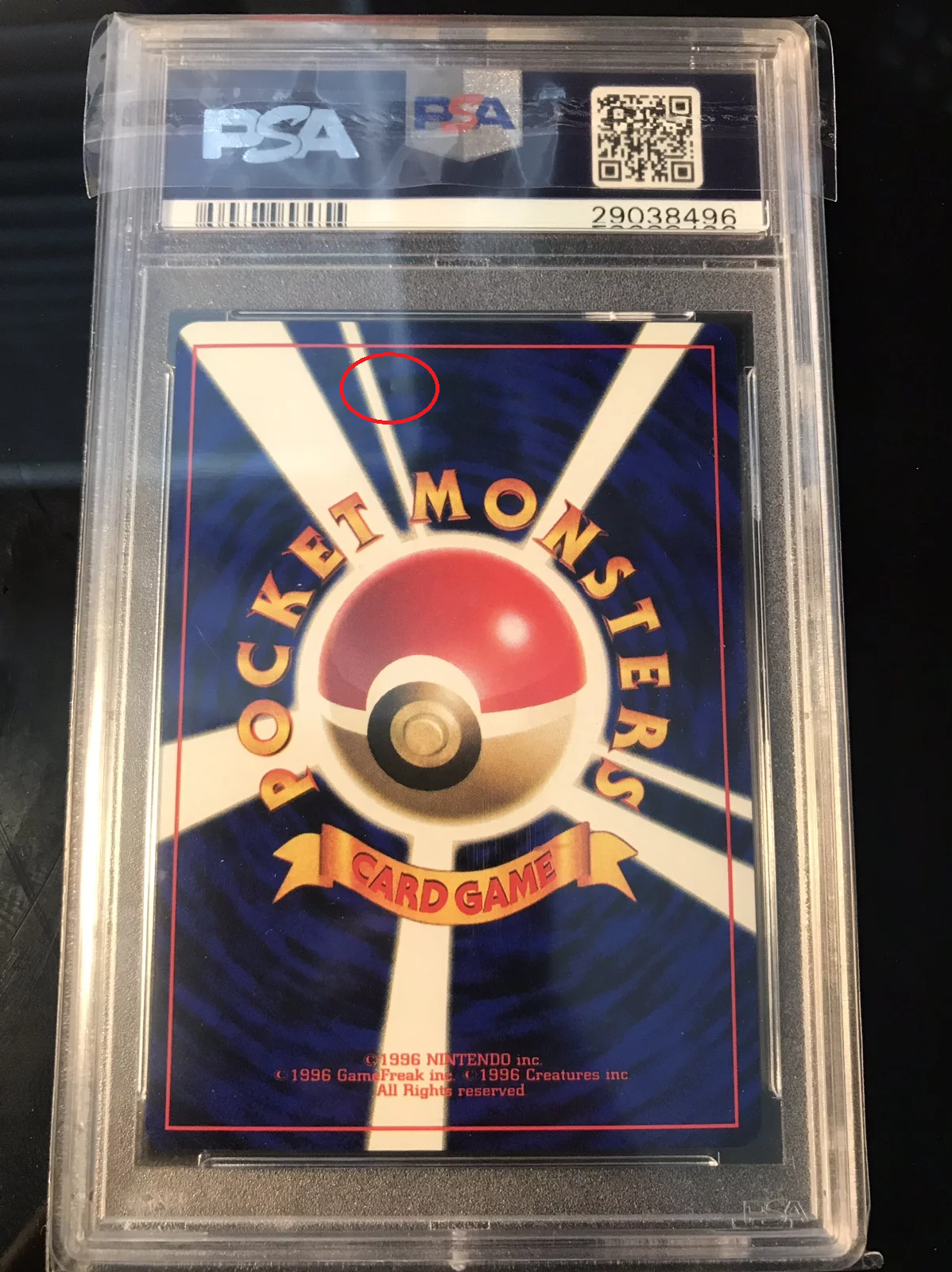 @daavee,
Thats on the sleeve