This time from a Japanese exclusive set, the third Vending Machine Series:

Vending Machine Series 3 (Green)
bulbapedia.bulbagarden.net/wiki/Vending_Machine_cards_(TCG)
Discuss:
Favorite cards in the setWorst cards in the setHow you feel about this set in general
Unlike regular sets with boosters, these cards were available through random sheets from Vending Machines, from which the card were peeled (and all of them are Glossy). This is also the reason why they are called Vending Machine Series by collectors, even though these are not their official name (the translation from Japanese is Expansion Sheet).
There are a total of three Vending Machine Series, all from 1998 (and a ‘series #00’ from December 1997, with just three cards: Pikachu, Mewtwo and Mew). This also means it only includes generation 1 Pokémon. The one we discuss here is the last one, and the only one with special non-standard back cards among them.

So, let me start with my personal favorite:

This Ooyama’s Pikachu is just so goofy and unique. The borders are irregular (implicit making it pretty hard to grade as PSA-10), the artwork is just funny, and the entire card is created in Ooyama’s distinguished and unique art style. I’m glad this Pikachu was created, since it’s a nice and unique piece in my Pikachu collection. After that the Scyther is probably my favorite artwork. A great pose and momentum.

Some other favorites for various reasons:

And last but not least:

Which was actually the first card I had from this set (I bought the complete set about a year ago, minus Bill’s PC which I bought separately). What I like about this Pokémon Machine is that it shows the printing of Pokémon Cards.

Also, here is the translation of the dialogue balloon:

This here is the secret Pokémon Card factory! So, isn’t it amazing?

As for least favorite. Probably the Haunters:

Haunter is among my favorite Pokémon, and he has a lot of great artworks, but personally I don’t really like these two.

The Vending series is a prime example of what golden era Japanese exclusive cards are all about! This series has always been a favorite of mine. I remember seeing a voltorb from vending s2 in 1999 at a local card shop. The card blew my mind. At the time the base voltorb was the only version I knew, seeing these hand drawn concepts blew my mind.

A great example of handdrawn art from Vending 3 is the Kangaskhan:

Obviously Ooyama’s Pikachu is one of the most iconic cards from the set. Anything Ooyama touches is gold.

You gotta love the Cubone sneak peaking around the corner:

A card I later valued for its historical aspects is the Bill PC Card.

The fact you had to submit the Bill PC to earn the masaki cards is unique and makes it a decent challenge for a psa copy or “master” masaki set.

The Mewtwo card is memorable for its artwork, as well as the japanese text mistakenly printed on its thigh.

Last but not least, the Imakuni cards, and even the deck list cards are very unique:

You gotta love the Cubone sneak peaking around the corner:

I love this Cubone, it’s so cute! Definitely my favorite one from this set

The Gastly and Haunter artworks are badass. Sorry but I gotta disagree! 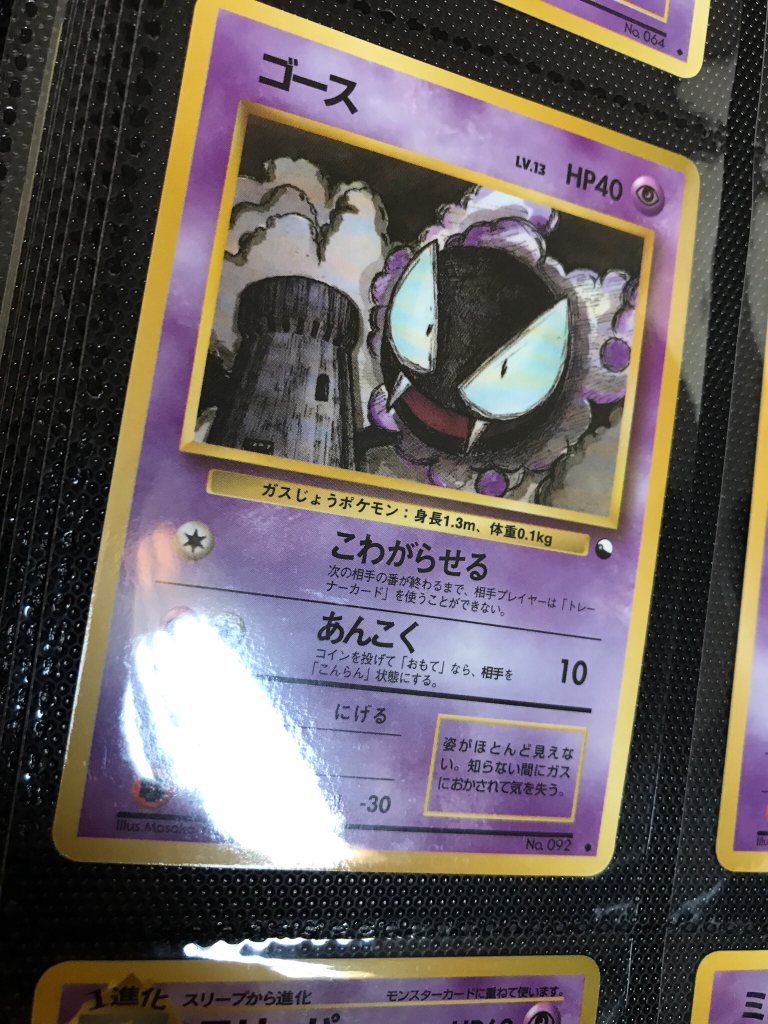 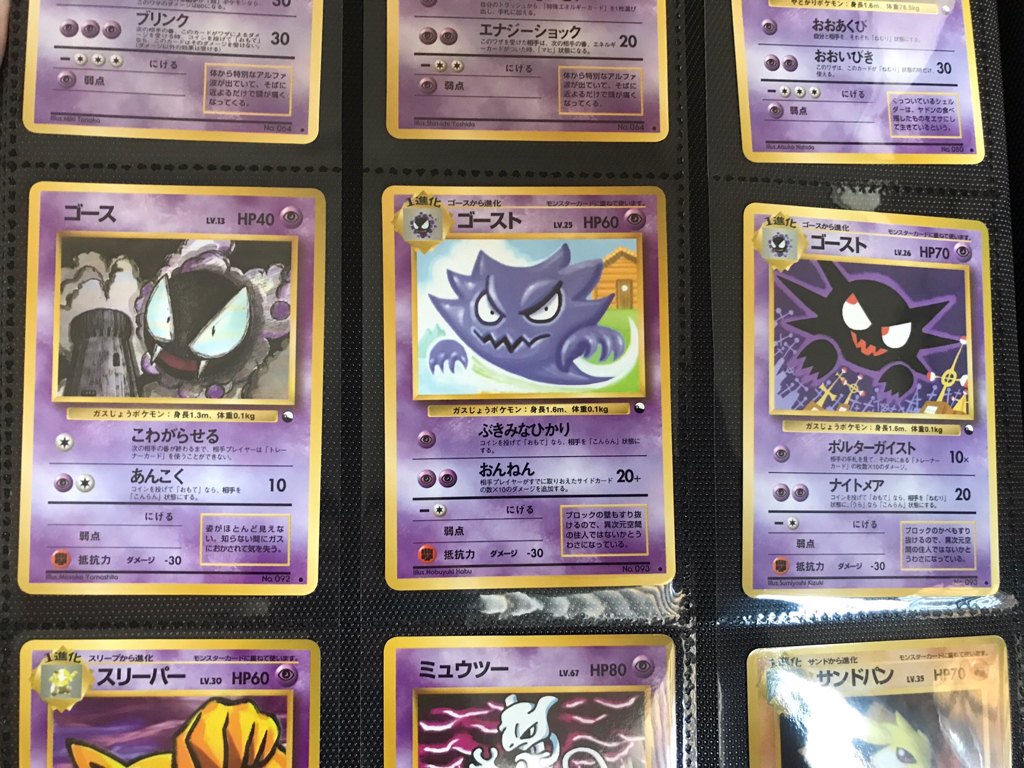 I still hate Wizards of the Coast for giving us Base Set 2 and Legendary Collection instead of translating the three Vending sets.

Although Vending 3 was probably my least favorite of the three based on the artwork and the Pokemon selection. Partially this is because of the Masaki trading campaign.

The Gastly and Haunter artworks are badass. Sorry but I gotta disagree!

No problem, everyone has their own opinion of course.

I like other Haunter artworks a lot more personally.

Omanyte’s bulging eyes always attracted me to the card, my personal favourite

I remember when these came out. Feeding in one coin after another, as if I were playing the slots, I emptied literally dozens of vending machines. Good times!