The All Nippon Airways Co., Ltd. (全日本空輸株式会社), also known as ANA, is an airline in Japan. To cater to the brand new phenomenon that was Pokemon, ANA began domestic flights with two “ANA Pokemon Jets” (B747-400 and B767) decorated with Pokemon characters, which were very popular among children, on July 2, 1998. Their aim was to generate buzz and promote the company since this coincided with the release of the movies, “Pokémon the Movie: Mewtwo Strikes Back” and “Pikachu’s Summer Vacation.” Due to the very successful reception by the customers to this launch, ANA decided to launch the ANA Pokemon Jet “Get it with Jet! Double W Chance Campaign” (ANAポケモンジェット "ジェットでゲットだ！ ダブルWチャンスキャンペーン"を実施). This campaign presented the “Pokémon Card ANA Special Version” of the “Pocket Monster Card Game” to all customers who applied with two boarding passes. To avail of these cards, the customer had to paste two stubs of the boarding pass after boarding an ANA domestic flight during the period on the special application postcards placed at ANA city branches, airport counters, and on board, fill in the necessary information, and mail it in. 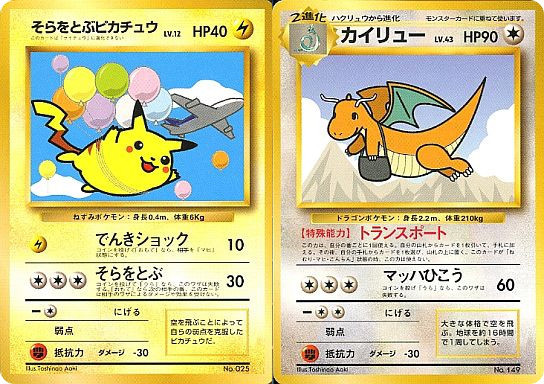 The next promo was in the summer of 1999, called the ANA “Everyone’s Happy Campaign” (ANA 「みんなにうれしいキャンペーン」). This time there were four promo cards, including the legendary bird trio. The promo ran in 2 blocks each, where 2 sets of 2 promo cards were presented to customers. This promo could be accessed in a similar way to the last, by pasting two stubs of the boarding pass after boarding an ANA domestic flight during the period on the special application postcards and mailing them in. 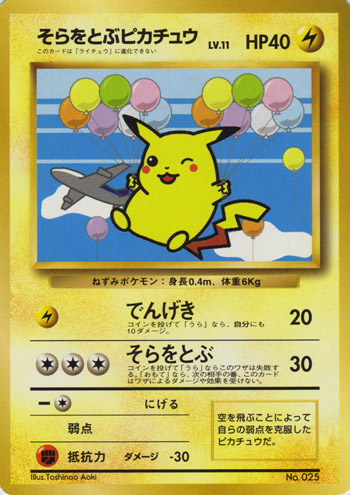 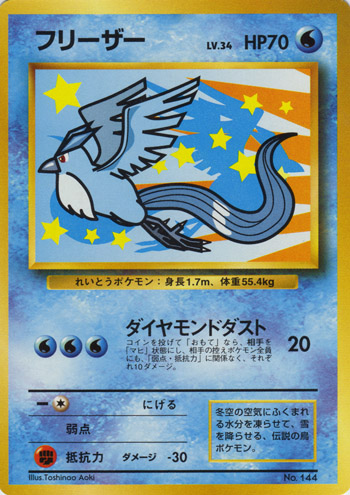 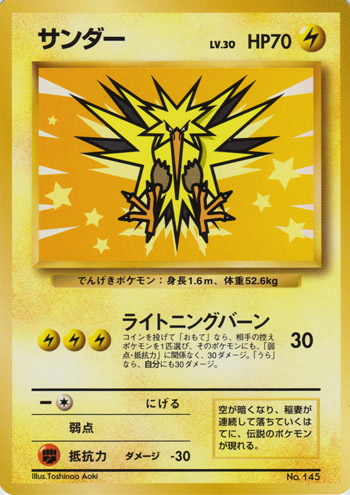 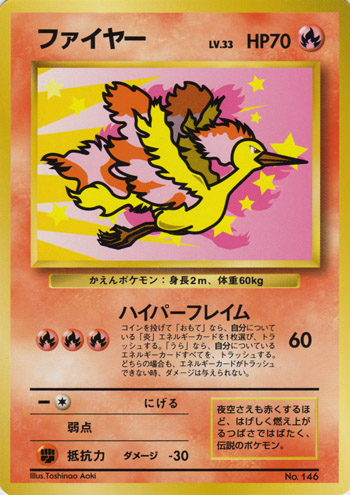 Fun Fact: The artwork from the bird trio combines to form a larger art piece.

Following this, the Get it with ANA Jet! 2000 (ANA! 2000) promotional campaign was launched in 2000. The process was the same. Pasting two stubs of the boarding pass after boarding an ANA domestic flight during the period on the special application postcards and mailing them in. However, in this campaign, it was stated that you would receive a different card each time you applied. 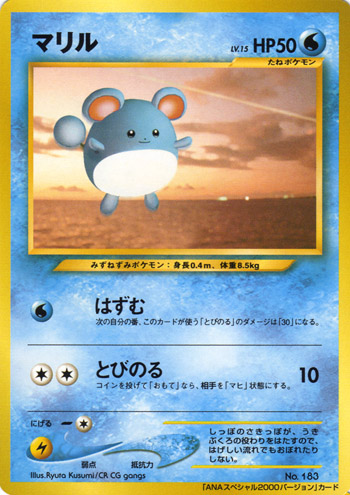 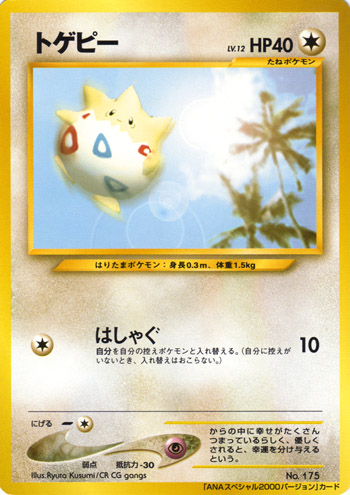 The following promotion, ANA’s It’s Pika Summer Campaign (ANA’S), was launched in the summer of 2001. This promo was aimed at using the ANA for summer trips and homecomings, where, the customer would get two of the Pokemon Card e promos when boarding a domestic flight. The Pokemon Card e was scheduled to launch in the fall of 2001.

These were super interesting card arts, as the two cards depict the other Pokemon hiding behind the hedge. If the long strips on these 2 cards were scanned using an e card reader, it would launch an application from the P promotional cards called “Exciting Hide and Seek.” Both the Pikachu and Larvitar cards were required to launch the application. 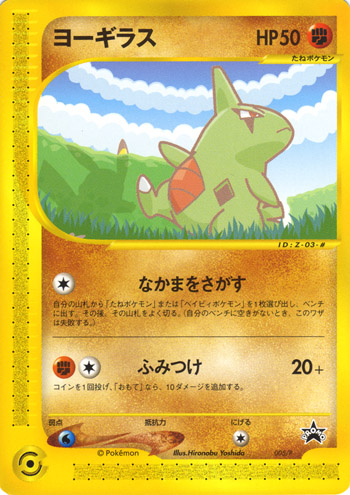 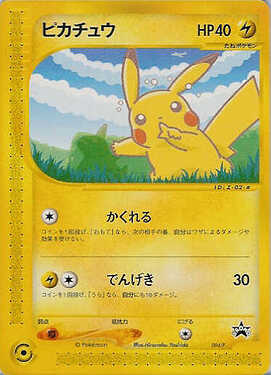 The next and final ANA promo campaign was in the summer of 2006, called the ANA-Pika Summer Trip Campaign (ANA「ピカ夏旅割」). Passengers flying on any domestic ANA flight during the campaign period could redeem their boarding passes for a two-card set that included the Pikachu card and Sea’s Manaphy card. 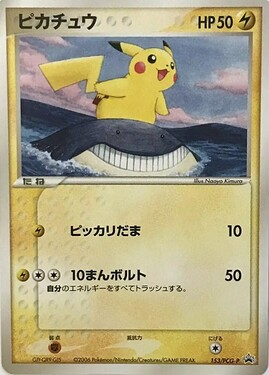 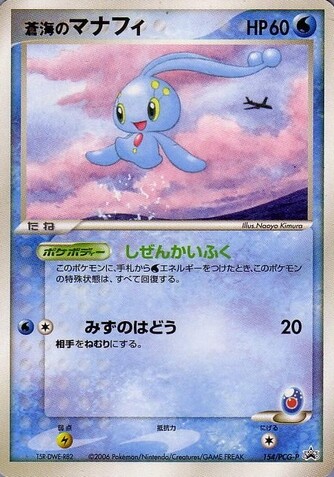 This was a very iconic, popular and fairly recognizable promo campaign, with cards featuring some great artwork and a mostly airborne theme. Unfortunately, as of April 2016, all of the ANA Pokemon Jets were repainted, and Pokemon theming was discontinued. 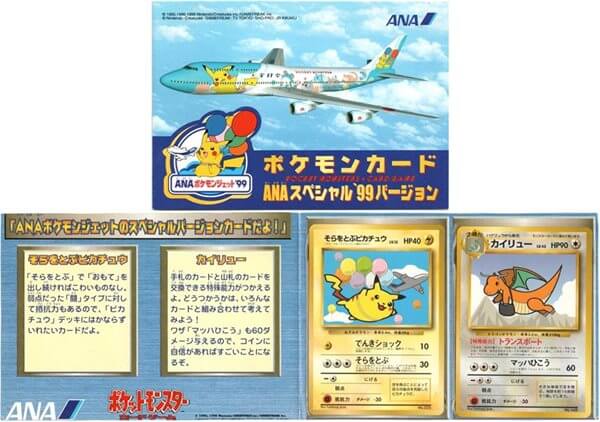 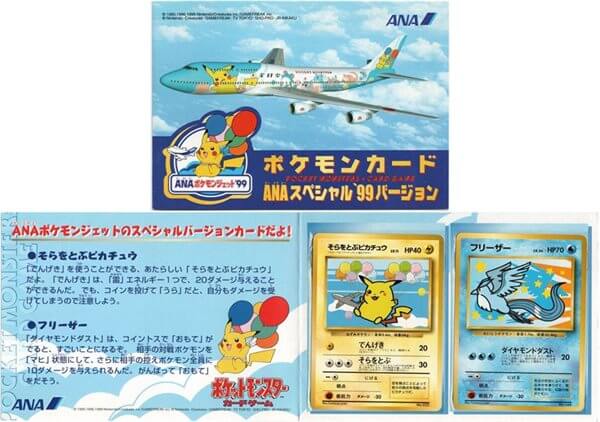 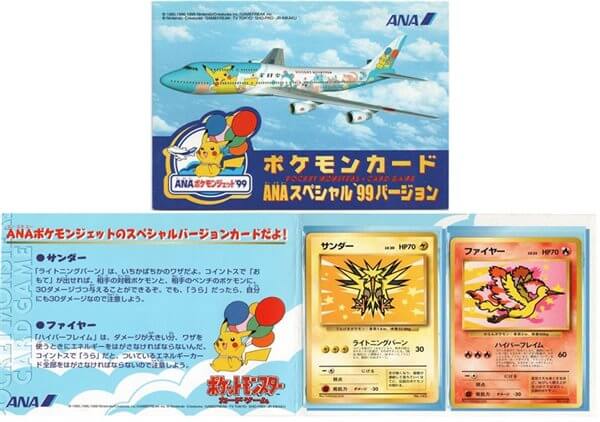 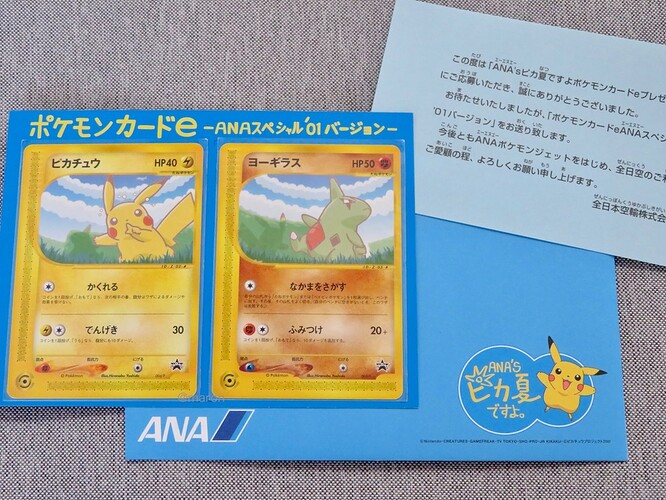 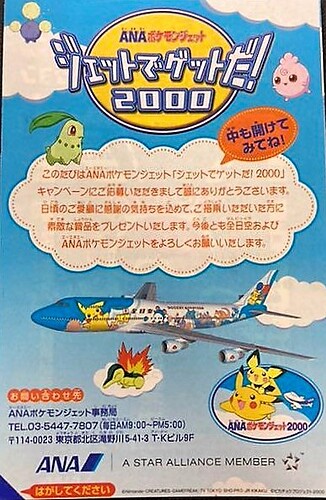 Great article! Always love reading pokemon history like that, especially when it’s associated with another company like this

also didn’t realise the legendary birds were released this early in japanese, took them quite some time to find their way in english releases. Makes me rethink how long period there can be between modern japanese cards to possibly get their international release

I don’t know why but these are my favourite Japanese promos even though they aren’t the flashiest or rarest, Must just be something I personally associate with Japan and the feelz I got when I flew in for the first time (and didnt leave. 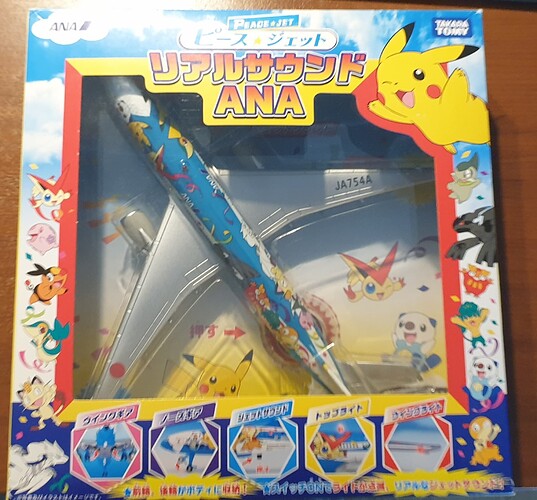 Love this set! Happy to have them all in original packaging (some still sealed). 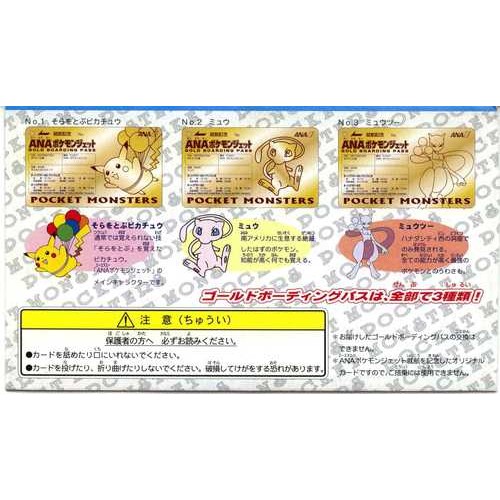 Yes, I was going to include them in the supplementary pictures, but decided not to, because ANA gave so much additional merchandise (model planes, Gameboys, jackets) I thought to just not include these.

But thanks a lot for sharing. I believe the Flying Pikachu was given out even before the TCG campaign began. The Mewtwo one looks pretty awesome. One question if you do have these handy, are they standard boarding pass material or made of something else?

I am currently grappling with the semantic question of where to put these in my binder of Japanese promos. Set number is king, so the P Series ones with numbers go in the P Series section with all those cards. But the unnumbered ones are sort of a mini set, like the Game Boy cards. But unlike the Game Boy cards, they do not have a unique set symbol.

Right now I have them split up in my Unnumbered section and don’t group them at all. But I go back and forth over whether they should be in their own section.

Honestly not sure I recall what a boarding pass feels like, but these are quite thin plastic. Imagine one side of a standard toploader

Right now I have them split up in my Unnumbered section and don’t group them at all. But I go back and forth over whether they should be in their own section.

It would have been super nice if there was an ANA stamp to make it a bit more cohesive. Although I think the theme of flying or being in the air is pretty well showcased, with the only exceptions being the Pikachu and Larvitar cards.

However, I too sort these card by set numbers. I keep the P-Promos and PCG Promos along with the rest of the set and the unnumbered promos separately.

Would love to see some of the binder pages in your guys collections . Is there such a thread already, not(edit) a full collection one , but maybe just a page or two from multiple people?

Would love to see some of the binder pages in your guys collections .

You know, I’ve been meaning to make a collection thread for my promo binder and have just kept forgetting to do so. I’ll make one and let you know!