i am currently soft locked (potentially hard locked) by 4 invisible walls. i have restarted the game and i still cannot get past these invisible walls. i feel like BotW and Legends Arceus were more fun and had way, way less glitches. guess i’m going to bed for now lol.

update: luckily you can fly to destinations in this game, but still - i see pokemon that shouldnt be flying that are walking in the air, invisible walls every 20 minutes, and really bad lag/ optimization or whatever you want to call it. really unpolished for a main series nintendo game.

In addition to Scarlet being the most fun I’ve had in any Pokemon game, I’ve also never related to a Pokemon character more: 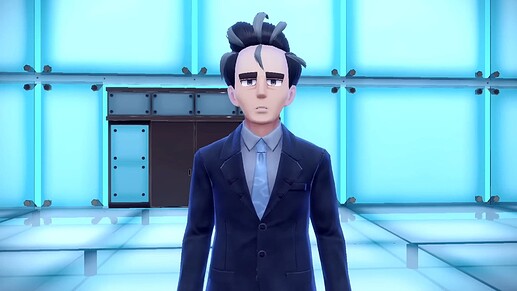 Graphics are really distracting. They also really missed an opportunity by not putting more focus on the academy/day to day school life, maybe borrowing some elements from the Persona franchise. I thought they were going to go that route when I first started the game.

I think this belongs on the unpopular opinions thread.

A lot of good points have been mentioned here. It’s refreshing to see that.

I want to draw attention to the fact that this is GameFreak’s 7th game release on the Switch. While Arceus had a few issues, it was overall much more polished than this. Why are they taking on all these other projects if the result is that they’re going to be overwhelmed for the big release that has a hard deadline?

As of right now Game Freak has roughly 170 employees. Various prolific directors/producers like Hidetaka Miyazaki and Shigeru Miyamoto have talked about how they needed to continually hire more people to handle the scope of their larger projects. For reference, FromSoftware has grown to 350 employees, and last I heard they are still actively hiring. Why, after all this time, is Game Freak managed so poorly?

Pokemon is cherished and will be around for a long time. It deserves to be great.

On a positive note, I’ll say that the amount of sales despite the issues is yet another indicator of the strength of the IP.

I remember awhile ago hearing that the main question GF asks during interviews is what game ideas the individual has that doesn’t involve Pokemon. I’m curious how true that really is. 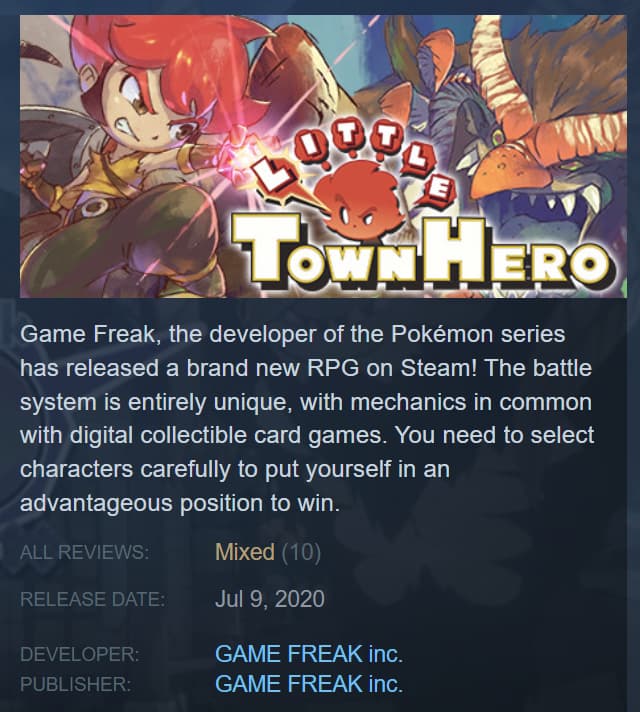 On a positive note, I’ll say that the amount of sales despite the issues is yet another indicator of the strength of the IP.

This is because the vast majority of the issues when it comes to Pokemon are cosmetic and don’t necessarily affect gameplay. The game itself is actually very fun to play, and you’ll see most people actually agreeing with that. It’s just that the optimization is absolutely terrible, which is why you see glitching characters, weird walk cycles, lagginess at certain points, etc. That detracts from the overall experience (hence why many people are rating this a 6/10 game).

I’ll give my more complete thoughts once I beat the game, but I do think that as overall games, Scarlet and Violet are a step up from Sword and Shield.

Pokemon sales will always be great. We are still all just looking for that “perfect” modern Pokemon game that checks every box. Hopefully, Gamefreak delivers in Gen 10.

So I’m definitely thinking that Chien-Pao is based off of a snow ferret and not necessarily a snow leopard. 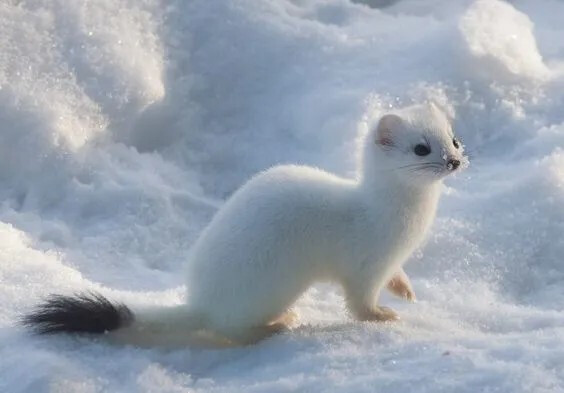 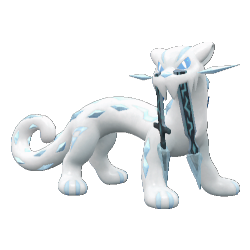 Something I thought of about the graphical complaints, I watch speed runs and a common phrase is “pokemon red & blue are broken”. Which is true for hardcore players like speed runners. They find glitches and exploit every aspect of a game. But none of us as kids ever thought, “this game is broken”. We all just enjoyed the experience.

Ultimately I think Pokémon games are “good enough”. Most people either don’t notice or care about the graphics.

I love Donkey Kong 64, one of my all time favorites. It’s not a game with glitches, it’s glitches with a game in it. Insane to watch speed runs and see all the literally hundreds if not thousands of little hacks I had absolutely zero clue about as a kid that did not influence my experience (or now, memories) of the game whatsoever.

Ultimately I think Pokémon games are “good enough”. Most people either don’t notice or care about the graphics.

I think this certainly used to be the case. But there exists an expectation for Pokemon to keep up with industry standards in 2022.

For the very casual player, I agree that Scarlet/Violet is “good enough.”

From the discourse I’m seeing, it’s less about the graphics being “good enough” and more that the game’s poor performance and visual glitches are making it difficult to experience the core Pokemon gameplay and open world design, which is otherwise enjoyable.

It is nice to see the innovation (similar to Arceus). I hope the trend continues going forward.

It would be great if it gets a variety of performance/quality patches, similar to what Cyberpunk 2077 has.

Hopefully they hire additional skilled employees to avoid being rushed again. They have potential to do better, for sure. 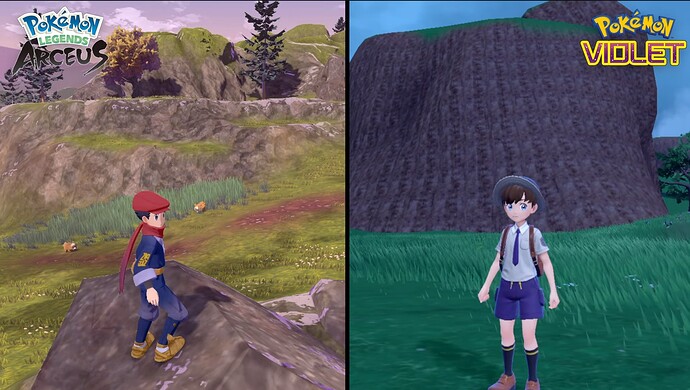 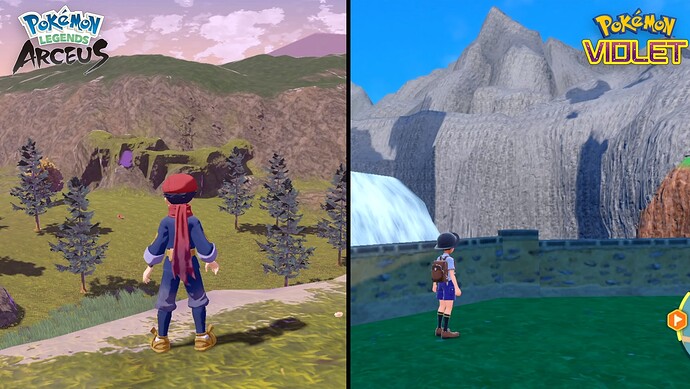 I finished the main story a few days ago and really enjoyed the games, aside from the graphical/lag issues. I’ll do a sort of pros/cons thing based on my impressions.

First, the bad things. At some times the game would move so slow it was like I was wading through peanut butter. The open world is great, but man some of these textures could be improved. It feels like the full open world, while great, is definitely hampering performance. Legends Arceus felt smoother to me in many ways. While I love SV combining all the open world ride Pokemon into one (I often got screwed in PLA trying to d-pad through to the right ride Pokemon and accidentally selecting Ursaluna), the gilde and climb mechanics could be made more useful. I don’t know why we can’t fly on Koraidon/Miraidon like we did with Braviary in PLA.

Next, the great things. I LOVE the new Pokemon designs. The Paradox mons (especially the past ones) are so cool. New designs like Charcadet/Ceruledge/Armarouge, the starter evolutions, Annihilape, even the kind of boring Pokemon like Bramblin and Brambleghast are unique and fun. The story was exceptional, probably the best main-series story I’ve ever played through. At about four points throughout the game I was sure that THIS battle must be the final boss battle, until I got to the real final boss battle and it was pretty clear. The characters are wonderful and not annoying. Seconding everything said about the Arven and Mabosstiff storyline. The open-world is exceptional and feels so much larger than PLA where you could pretty easily reach the edge of all the open-world areas. I would have preferred level-scaling in some regard for the battles, they say you can do the gyms in any order but you really can’t. But it does make sense to make you work if you truly want to go out of the way.

While I don’t think the game is as revolutionary as PLA, and overall I do prefer PLA, the new Pokemon designs and the awesome gameplay storyline (of which there wasn’t much in PLA) make it pretty close between the two. I think the people calling this game a disaster or lamenting the end of “good” Pokemon games (as if Pokemon has ever been a leader in graphical design and bug-free gameplay) are probably just looking for something to be mad about at this point. Yes, there are problems. But the problems really aren’t that bad, and if you look past them, you get an incredibly fun game.

Something funny which sums up the situation.

Most fun I’ve had playing a Pokemon game since ORAS, buggy as hell but really enjoyed it overall

First game/generation I went into without looking at all the new Pokemon beforehand since Gen 3 and thought it was really fun. Much, much better than Sword and Shield.

The only problems I had was extreme lag in the lake area and climbing up vertical cliffs were glitching out. Besides that, I thought it nailed the exploration. The habitats and species were very well chosen unlike SWSH. I figured with the first couple towns that there was no use talking to anyone and I don’t think any building can actually be gone into, but they were always a side to the main exploration and training.

I only used new Pokemon and unlike most in this thread, I did like a lot of them. I feel like since Gen 7, they have started to get better with the designs after getting worse from 4,5,6. However starters have been getting increasingly bad. Luckily I chose Fuecoco but the Quaxly final evo looks so out of place. They really need to stop the anthropomorphism of starters.

I also am glad I chose Scarlet because the Paradox Pokemon from Violet look like a joke. Why is everything mechanical or robots? That shows near 0 creativity compared to thinking of what actual evolution could look like millions of years from now.

It does still feel like a game that could use more time - why are stat changes still coded one after the other instead of all at once & why can’t I use more than 1 Pokemon or fight multiple of them at once - but I enjoyed finding and training new Pokemon and seeing what they would evolve into. On that note, they should really find a way to tell people how to evolve Pokemon in-game. How would anyone even discover evolution methods for Bisharp, the dolphin, the 1,000 step ones without the Internet and presumably data mining?

Hoping the DLCs will bring more of the same but more regional forms. Unsure if I want more Paradox Pokemon if every great Scarlet design must be matched with a thoughtless robot in Violet though.

Given your opinions on paradox Pokémon, I think you’ll continue to be happy you picked Scarlet when the DLC is released

Random thought, but I just realized Future Pokémon remind me of the robots Team Rocket would often build in the anime… 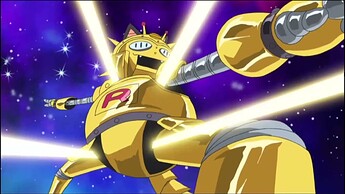 Everyone touched on the performance issues enough so I don’t think I need to add much more to that. However, there is one area where it annoyed me more than anything and that was in the Pokemon storage boxes. Every single time I switch boxes the Pokemon sprites took way too long to load in. It’s frustrating dropping a Pokemon in what you think is an empty slot just to have it switch places with another Pokemon in a different box. It just made organizing and searching more cumbersome. This was never an issue in any other Pokemon game so I wonder why it was in these games.

This was one of the most fun Pokemon games to complete for me. The region was a ton of fun to explore, I actually like a majority of the characters, the Pokemon designs were solid and the Pokedex was so much fun to complete.

Generally, when I play a new Pokemon game, finishing the Dex is my top priority. This was especially fun earlier in the game because there were so many Pokemon available to you right away. I had 70 Pokemon registered in my Dex before I got my first gym badge. I enjoyed that the Dex would show you the silhouette of the next numbered Pokemon which helped out a lot with figuring out what did or did not evolve. The Pokedex would also give you a reward for every 10 new Pokemon you registered which was great because it kept incentivizing me to catch more.

Overall, these games should have been in development longer but I greatly enjoyed what I played.