Is this card trimmed?

I have purchased from David many times in the past so I know he is a legit seller but this card makes me nervous. Take a look at the borders and corners plus the huge space between the case and the card. This screams trimming to me. Maybe some of our excellent photo analysis folks can chime in? If I get some more opinions I’ll contact him about it.

Definitely doesn’t have the normal corners you’d see in WotC product. I have seen sharp corners like that before, but only on recent stuff.

It sure looks like it. Weird to trim this kind of card/grade though… Then again, it’s better than the scissor job on other listings we’ve seen before.

Top and bottom looks fine but the left and right side appear to be trimmed. I had that impression as well before seeing your post… Easy to confirm/deny with a digital caliper though

I have bought a lot from him too, I Don’t think he would knowingly do that but I couldn’t say.
Is he a member on here? I know he has a youtube channel related to pokemon also.

Look at the back of that monstrosity — it looks like there is whitening where the scissors crimped each corner.

The biggest problem looks like the side by side. Can somebody here do the pixel count?

A little update for everyone after contacting David about the card. He agreed it looks weird and said after having a look at it through a loop he will be sending it back to PSA for review. He said the card was part of a binder collection that came into his brick and mortar shop.

Can somebody with a good set of eyes take a look at this 1st edition clefairy please? Bottom corners look a little sharp to me. Same seller as the charizard.

Can somebody with a good set of eyes take a look at this 1st edition clefairy please? Bottom corners look a little sharp to me. Same seller as the charizard.

It definitely looks suspicious, but I couldn’t say for sure.

It does appear to be trimmed on the bottom. The gap at the top of the case is a giveaway, but that sharp corner is hideous

… another one bites the dust

How do you know numismaticsgmc didnt work at Wotc and cut it himself?

And now works at psa and graded it himself? 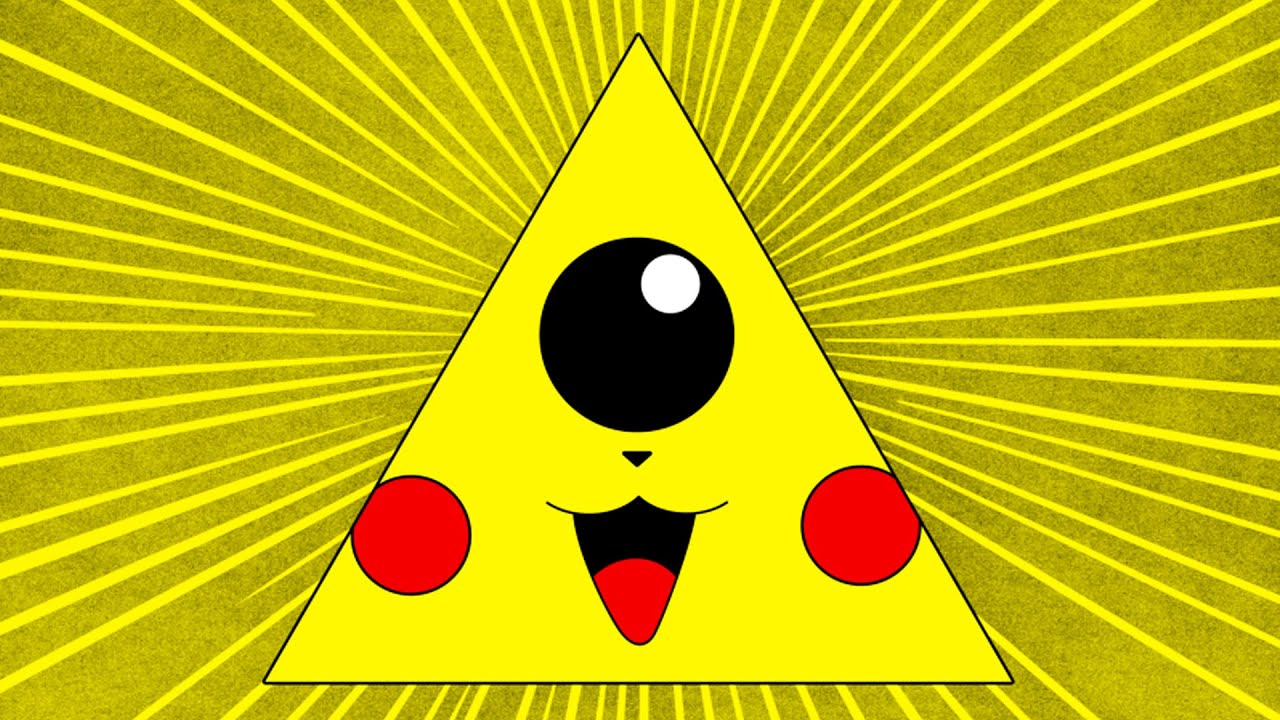 Well that’s unfortunate. Would have been a nice card to bid on. Thanks team I couldn’t be sure because the pic on my phone is a little low def.

As if our local card shops didn’t have enough difficulties…

I have less sympathies for PSA…

Over the past hour I sorted through close to 250 English WOTC and Nintendo cards graded from 2010 to Oct. 2017 to find whether any variance with the case-card fitment exists. The most movement I could find was only about 1.2mm top to bottom and maybe a couple hair widths side to side. The consistency of fitment overall on newer cases is very very precise. Now lets compare a few cards… and look at how they should appear in a case. 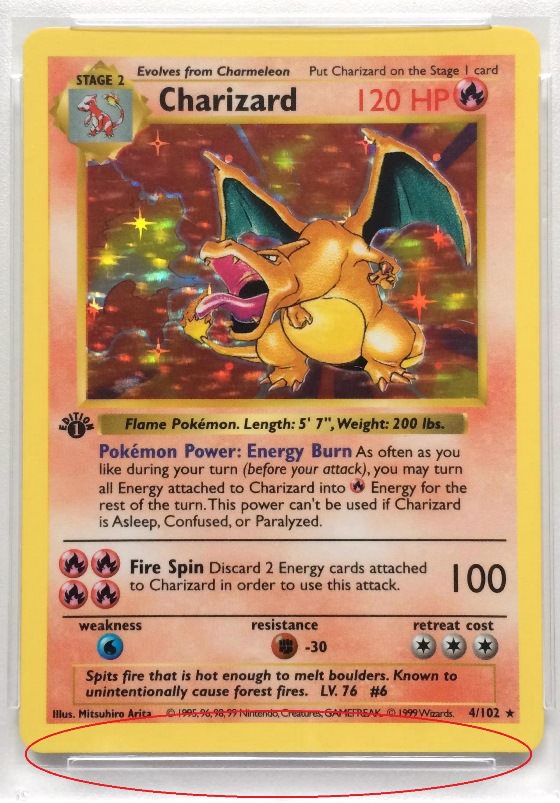 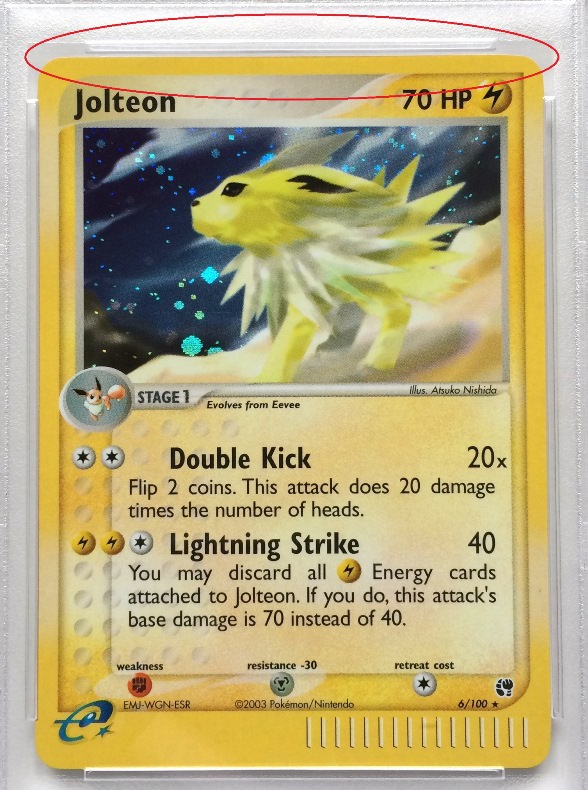 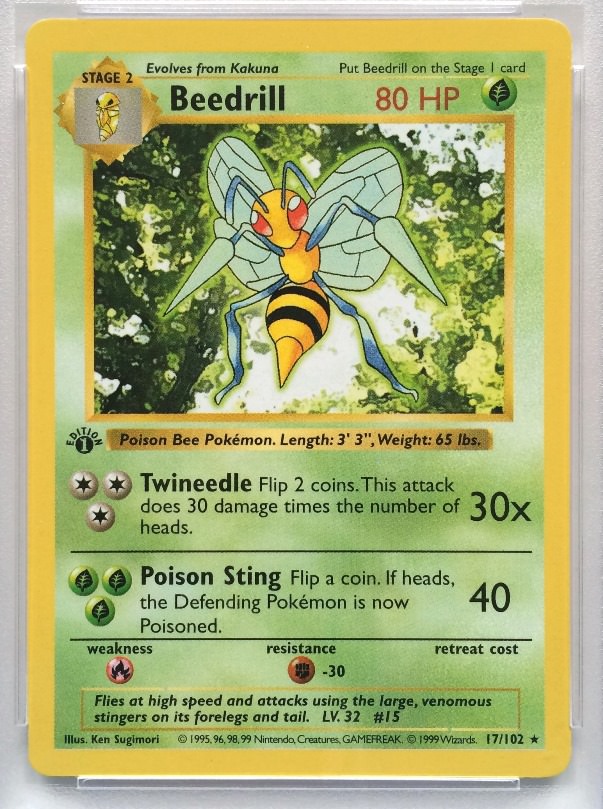 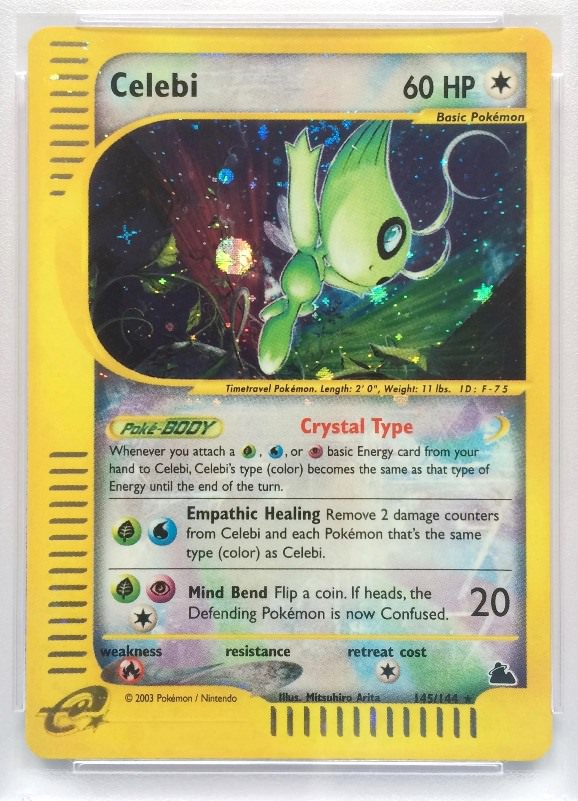 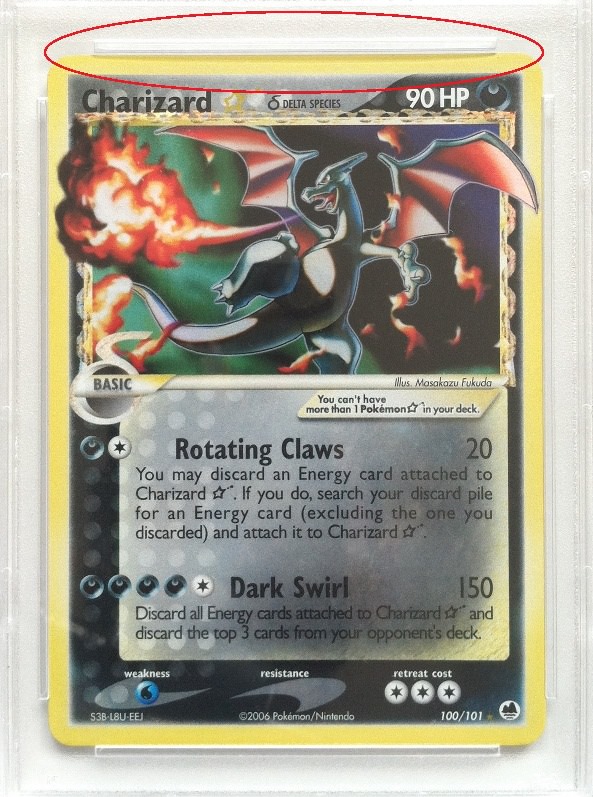 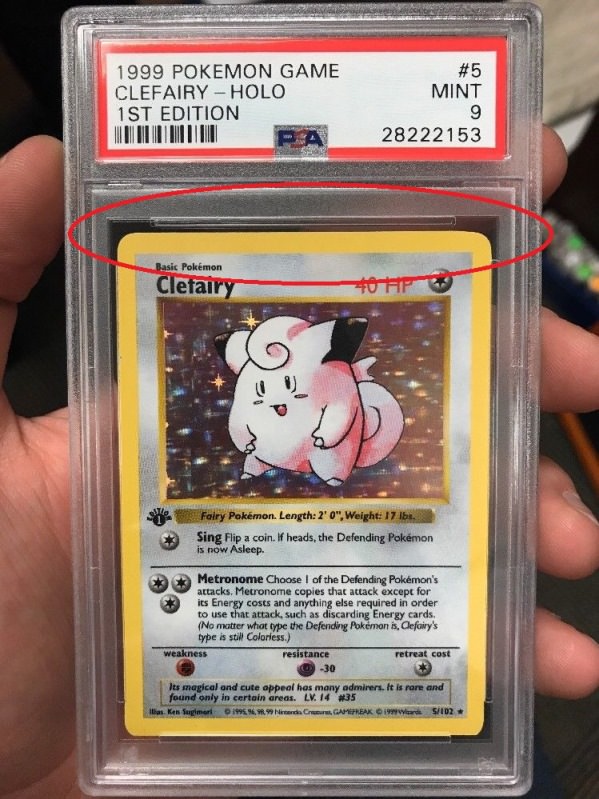 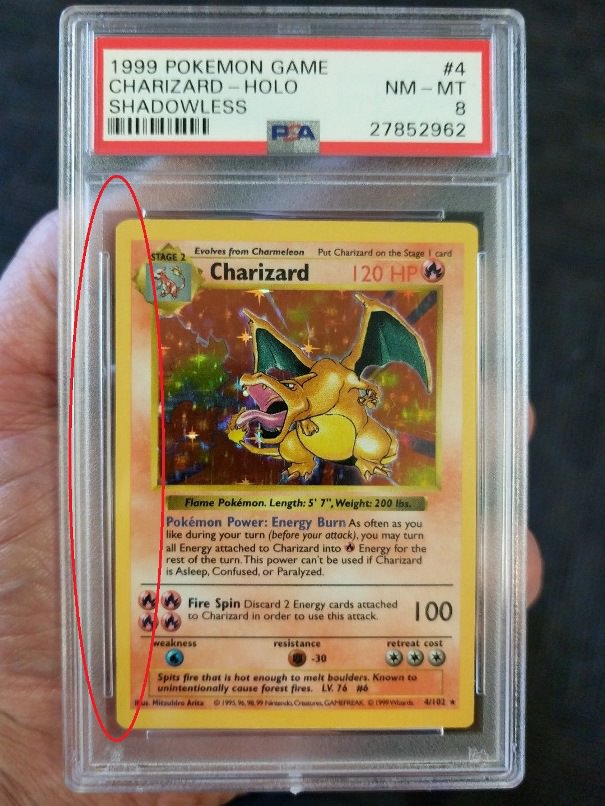 Knowing a little about proper PSA case fitment we can easily tell which ones are fake. Japanese cards are much narrower however, so this test would not work for those.

Yikes! It does look trimmed