Given the rise in popularity of EX-Era Sets and with Scarlet/Violet bringing the EX mechanic back, I was curious which EX-Era Set is your favorite and why.

My favorite is EX Team Rocket Returns. From an aesthetics perspective, I think the set is near-perfect. The artwork is vibrant and follows a unique theme, the reverse holo stamp is menacing in dark red, the set was the first to include gold stars, and it contains some of my favorite artworks in all of Pokemon. 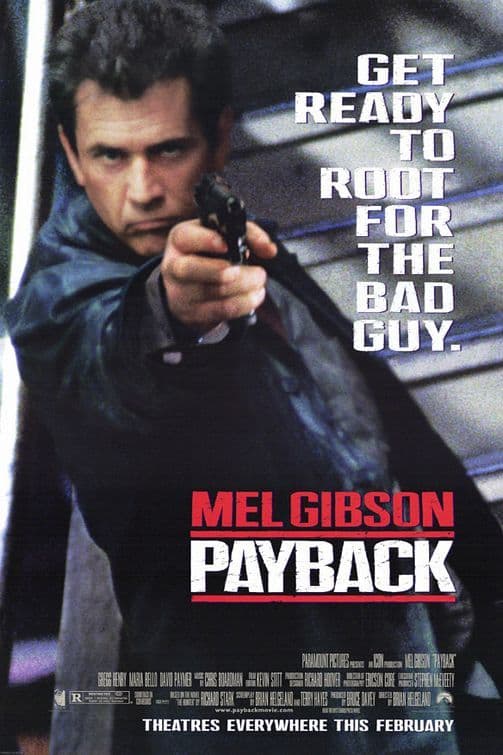 Team rocket returns and frlg are both really cool sets

Gotta give my Gen 3 starters some love. Ruby Sapphire for the win.

Either Dragon or Team Magma vs. Team Aqua.

Dragon has beautiful holos, awesome EXs and the Charizard line Secret Rares. Just absolutely brilliant set design. One of the best set designs in the history of the TCG, in my opinion.

Magma vs. Aqua has more of the same. Just a fantastic set.

The only thing I dislike about those two sets are the style of reverse holos.

I think it would be Unseen Forces if the stolen gold stars wasn’t a thing, but is an enormous fly in the ointment for me. I also think they could have gotten rid of a couple of ex.

Ultimately I voted for Dragon Frontiers. I know TRE gets a lot of love, but it’s too many dark Pokemon imo.

A man of good taste! Aside from the reverse holos, Dragon and TMTA are just top, top-knotch.

TMTA gets a lot of hate because of the repeats of basic/stage 1 Pokemon and GameCube CGI, but the set just stands out. Not to mention that it has arguably two of the most beautiful cards from the entire era in the Jirachi secret rare + Suicune ex. Such a glorious end to the e-Reader era!

I love the TMTA secret rares!

Jirachi takes the cake for me, but both are amazing for sure! The Absol is (subjectively) slightly outclassed by its EX Dragon predecessor: I might prefer TMTA Absol to EX Dragon Absol! But both are leagues better than Power Keepers’ Absol EX

I’m so glad to see the E-card EX sets getting some love. While the gold stars and top-tier ex cards are what this era is known for, some of the best artwork imo comes from Ruby & Sapphire through Dragon (and the Absol/Jirachi/Suicune ex in Magma/Aqua). Many of them are on par with Expedition through Skyridge and I’ve been enjoying picking up copies whenever a good deal comes up.

Kagemaru Himeno, Atsuko Nishida, and Ryo Ueda are some of my favorite artists. I love their styles across the EX-Era.

I’m glad someone mentioned Ruby Sapphire, it really is a banger set.

I love the repetition found in the early sets, I don’t mind multiple cards of the same Pokemon at all: 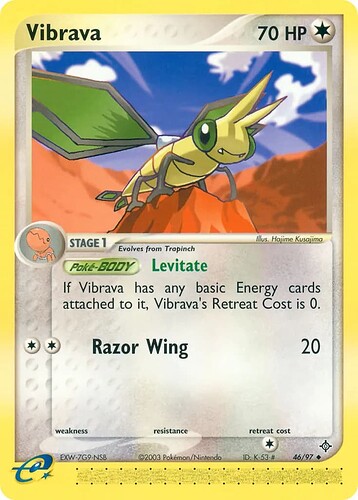 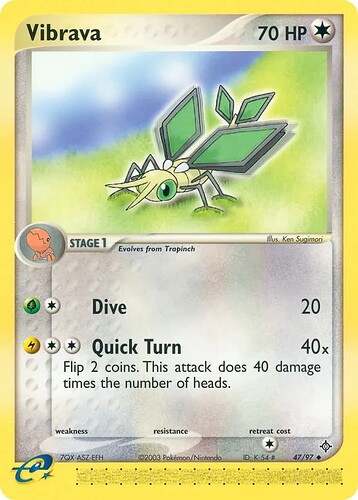 I like the reverses from RS-TMTA way more than the stamped ones. And getting a 10 of any of those is a Herculean task which is fun

Hard to judge the entire ex era all together. For me, of the early ex era with those gorgeous big borders EX Dragon is the best and it’s not particularly close. In the gold star era, Rocket Returns is the safe answer, but FRLG is also very good.

Ex era is amazing, check out this thread from a few years ago where people posted their opinions! I had a nice essay on why Dragon Frontiers is the best

What Is Your Favorite EX Nintendo Set? Poll General

Hey Everyone, Here is another poll, this time for your favorite Nintendo EX era set. I will do more in the future with different topics and some with multiple votes as well!