Any baseball cap collectors out there?

I would love to see pics of unusual and collectible baseball caps.

I haven’t bought any new ones for quite some time, but over the years I’ve assembled a fairly nifty collection of caps. My favorite of all is the gold cap that New Era produced following Team USA’s gold medal victory in baseball at the 2000 Sydney Olympics. Only 75 caps were made, and each came with a COA signed by the president of New Era. Cap #1 was presented to Team USA manager and Hall of Fame member Tommy Lasorda. 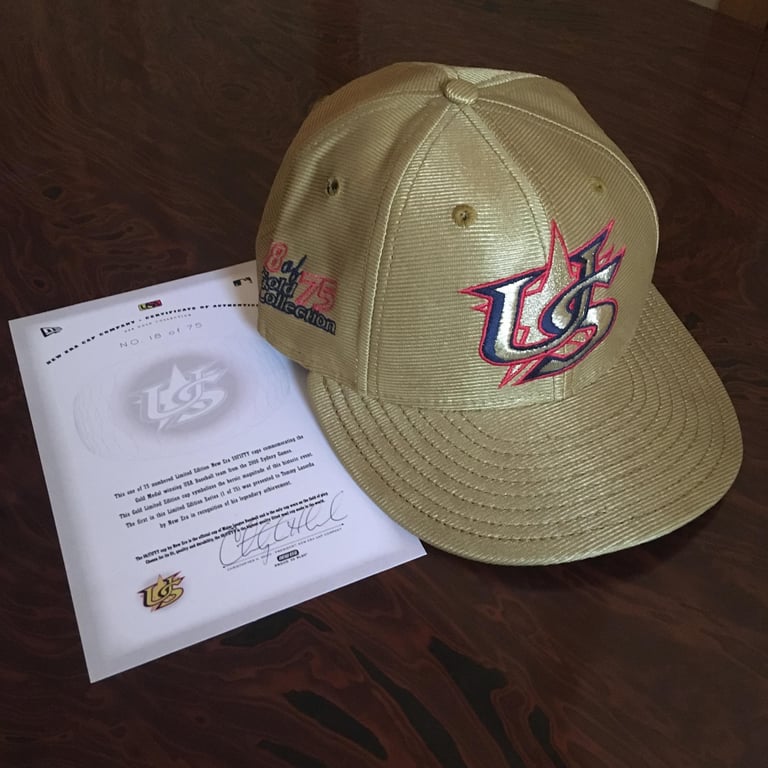 dont know much about caps but love Tommy Lasorda. Have his autograph on a surveillance tape lol

dont know much about caps but love Tommy Lasorda. Have his autograph on a surveillance tape lol

Fun fact: Tommy Lasorda is now the oldest living member of the National Baseball Hall of Fame. Here’s hoping he holds on to that distinction for many years to come