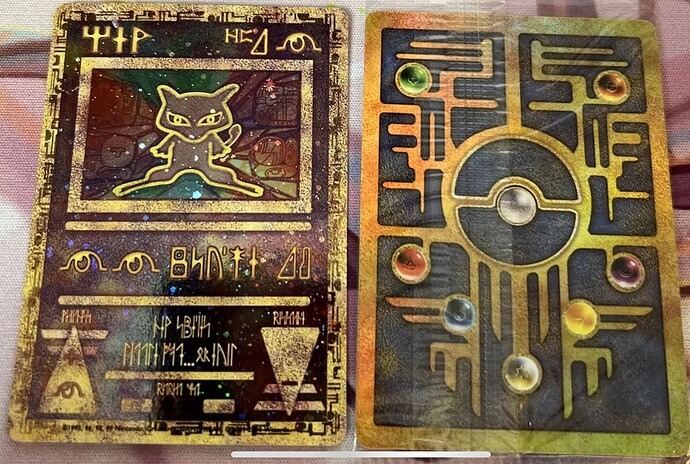 I think we don’t talk about how enduringly cool Ancient Mew is. I would like to discuss it now.

I wonder what made them put so much effort into this idea this one time and why they’ve never done anything comparable ever again. Today they are really pushing the boundary of what Pokémon card art can look like, but there is still nothing that breaks the mold as much as this one. Wild stuff.

I take the card for granted since its aviable anytime. Absolutly right, espacially like you mentioned for that Time such a Unique Card.

Me and a buddy do a bi-weekly podcast. The episode literally going live 7hr from now is about our top 5 favorite cards of all time and Ancient Mew was his #2 for a-lot of these reasons. Just look at it’s demand… Been dirt cheap FOREVER, yet the demand continuously drains them little by little. One of the most consistent cards out there. The memories, the availability, not to mention one of the most iconic cards of all time… so much going for it. You may only make $10 on it over the next 5 years but hey everyone has to have one of these!

Another thing is there’s actually depth to the releases too. The different holo styles in Japan and the infamous Nintedo error and now there are even the 2019 variant too

Off the top of my head there’s…

Not bad for one card.

The “it’s the most expensive/rarest card”-rumor lasted a long time at my school because nobody actually owned it. Then when I moved back to Oslo a few years later I discovered the truth.

No internet + no car + small town + Norway = no promos ever, which meant they were all extremely exotic and I remember salivating at pictures of them in magazines. First movie promos and Trainer Mag Steelix especially but also Ancient Mew. I don’t love or hate it but I can’t deny the sheer mythos behind the thing. It represents something very special.

I had the same experience! First time I saw Ancient Mew was at the Saturday Toysrus meet up in 1999. It was still Japanese exclusive. Some kid was flexing the card in a massive screwdown case, saying it was the rarest pokemon card in the world! They paid like $70 something, which was the most I heard someone pay for a pokemon card, so it must be the rarest!

It really can’t be overstated how popular and unique Ancient mew is as a card. It was such a contrast to everything else at the time. Every kid wanted the card. Its right up there with base set charizard and birthday pikachu in its demand. At any point in time I could sell an ancient mew card!

Had one as a kid that was super beat up and was peeling. I legitimately thought it was a fake card for years. Looking back, it was just super scuffed

One of the most unique card releases for sure, and one that people will always recall as time goes on. Add in the multiple variants of the card, its super cool. Pretty cheap to acquire one as well.

Had one as a kid that was super beat up and was peeling. I legitimately thought it was a fake card for years. Looking back, it was just super scuffed

At my school and some other neighboring schools there were rumors that it was a sticker instead of actual card. It wasn’t until I somehow got my hand on one myself (not even sure how anymore) that I realized it wasn’t a sticker. I traded it away for a Japanese Neo Genesis Steelix soon after. But I must have gotten it somewhere else again, because there was an Ancient Mew in my childhood collection.

Either way, I think they’re pretty cool! Especially the different versions of it. Apart from the WotC #21 Moltres, it’s probably the only card I decided to collect specifically graded thus far: 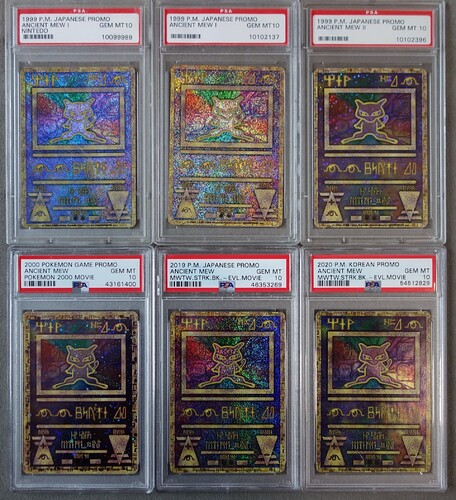