Please delete if not allowed

Hey guys, I am wondering if you guys have any thoughts on the authenticity of this booster box? I am getting it from a seller who also owns supposedly a real EX Deoxys and 1st edition base booster box from Facebook. We are trading it for some of my sealed old ETBs.

The wrap looks beat up around the edges which is a good sign to me, but I am no expert so I thought I may consult you all. Thank you so much! 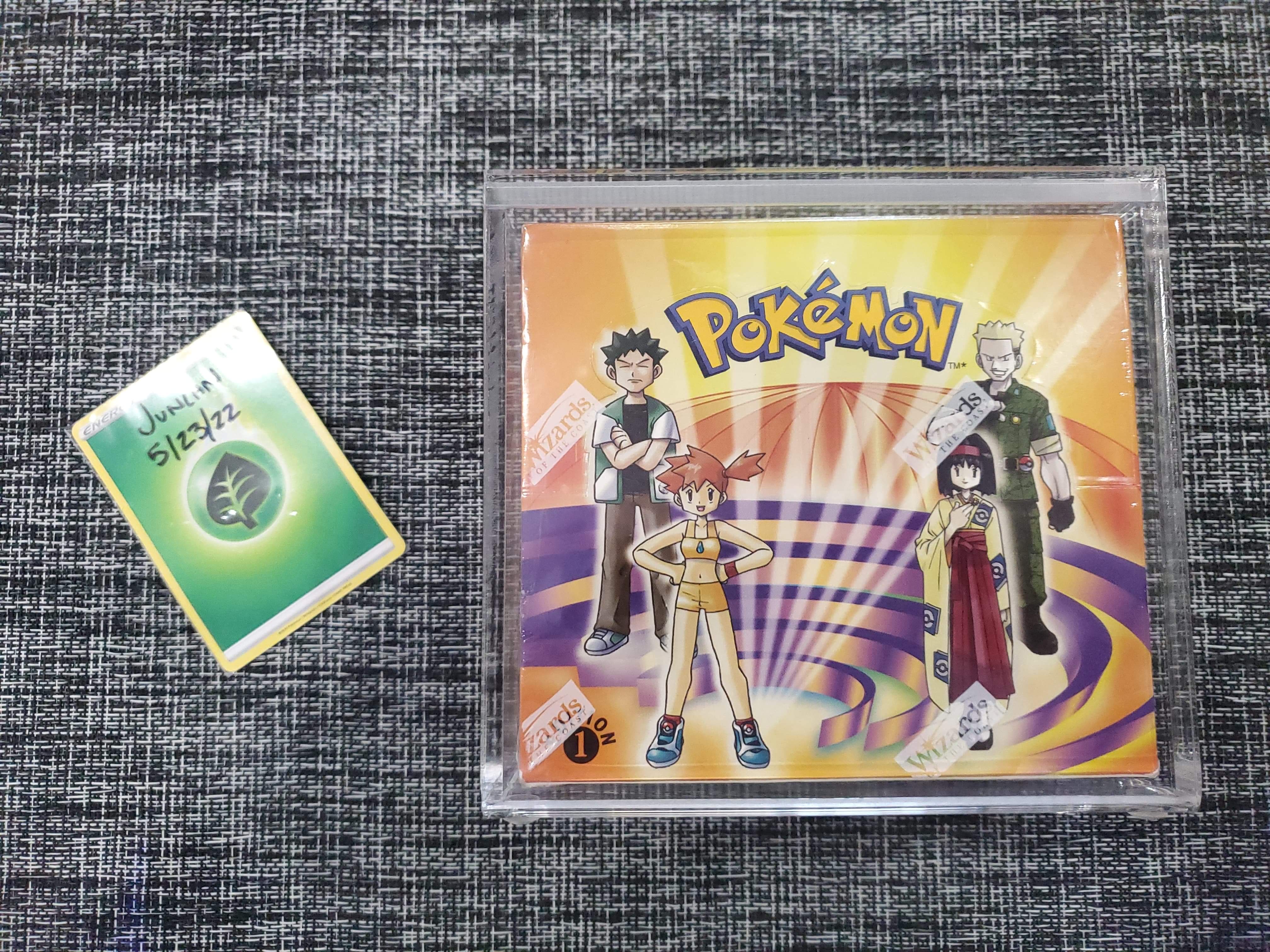 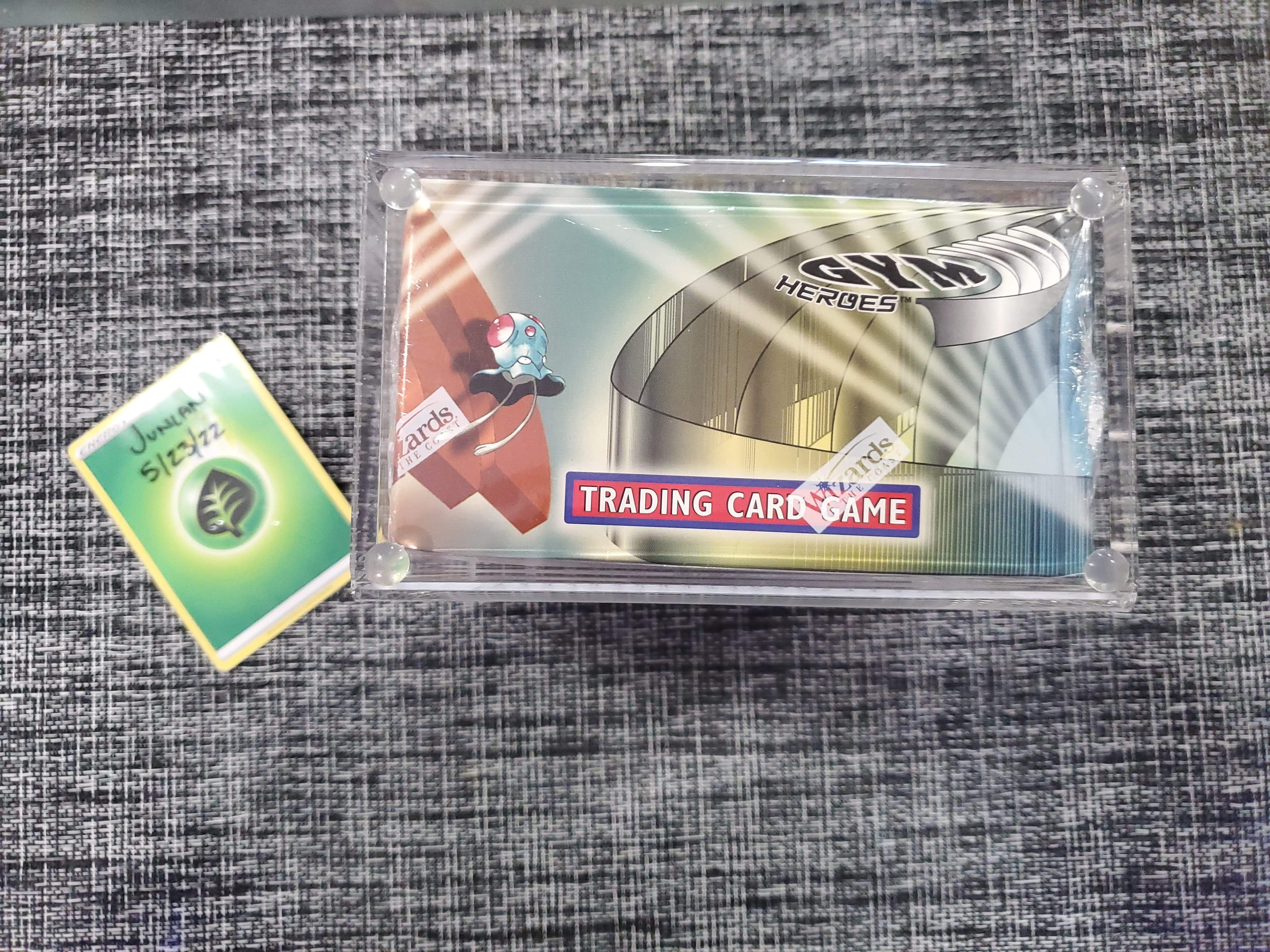 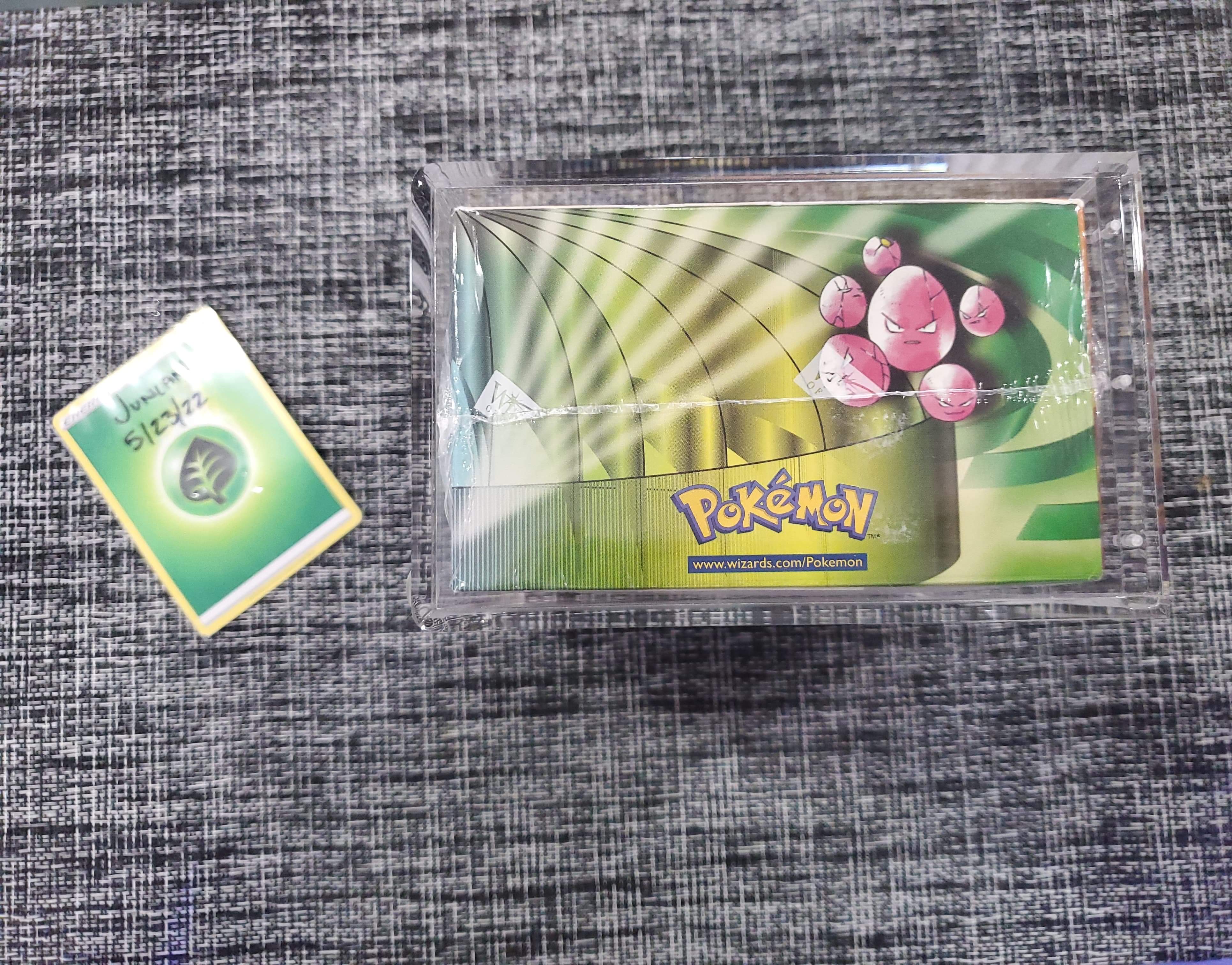 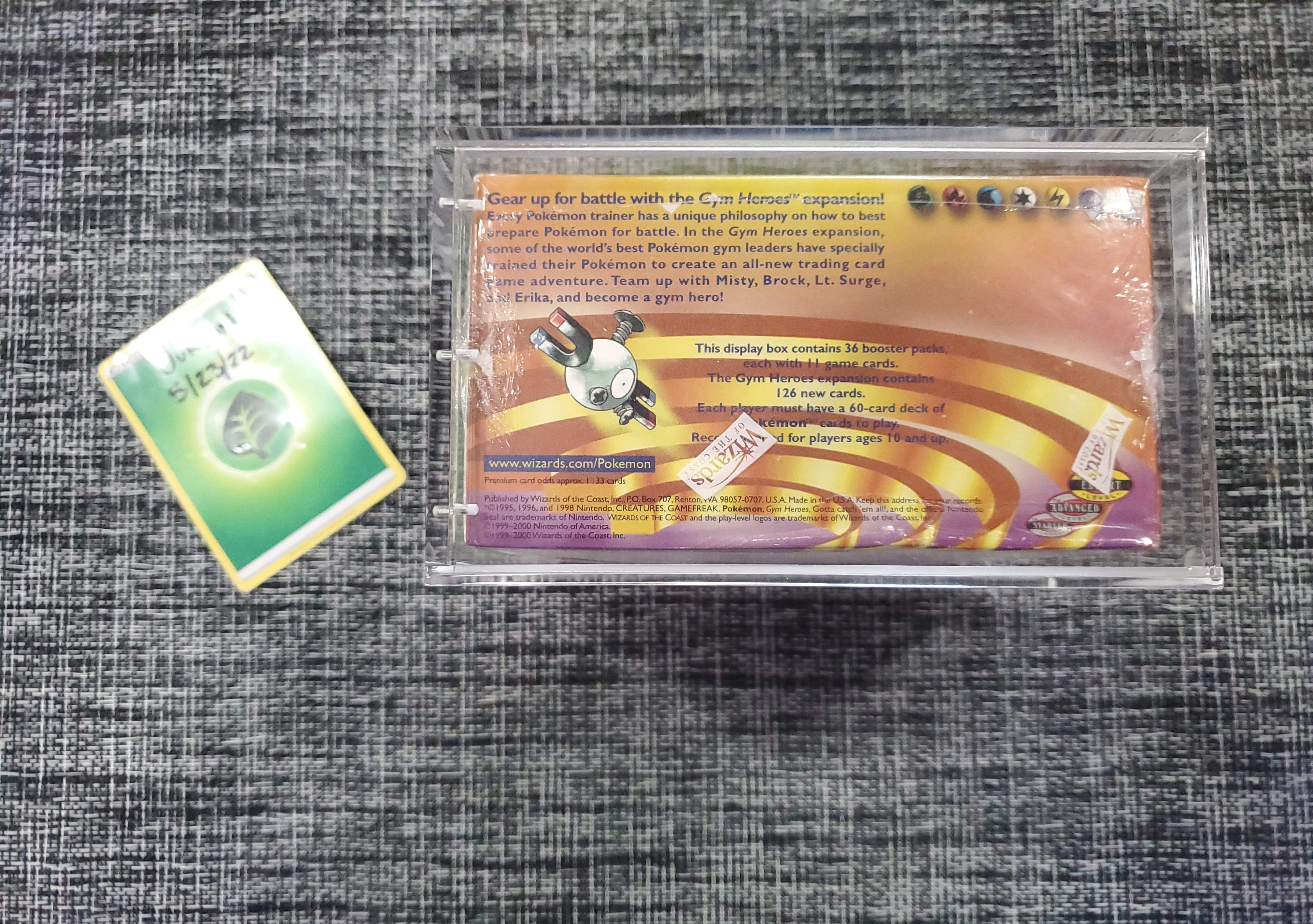 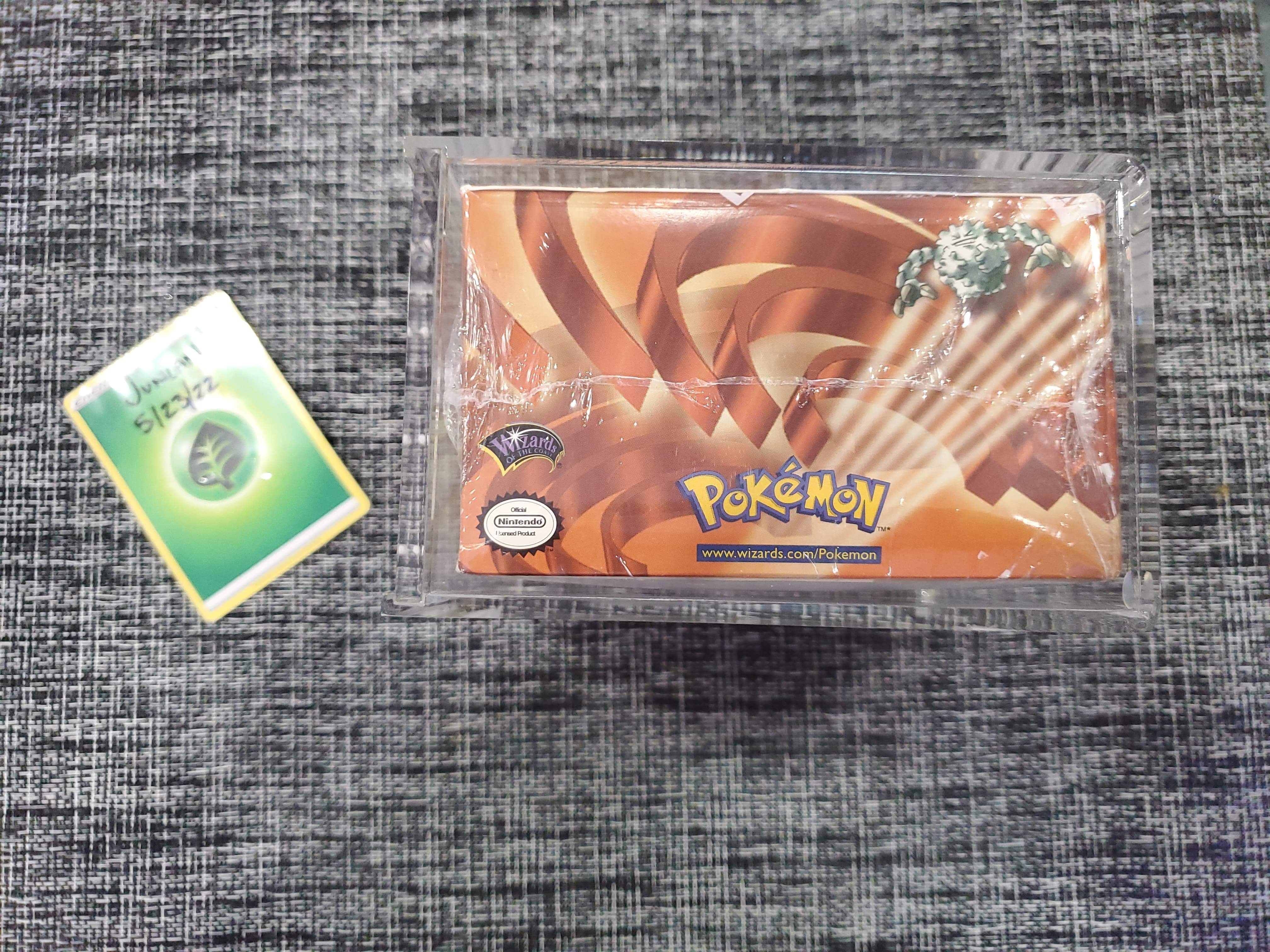 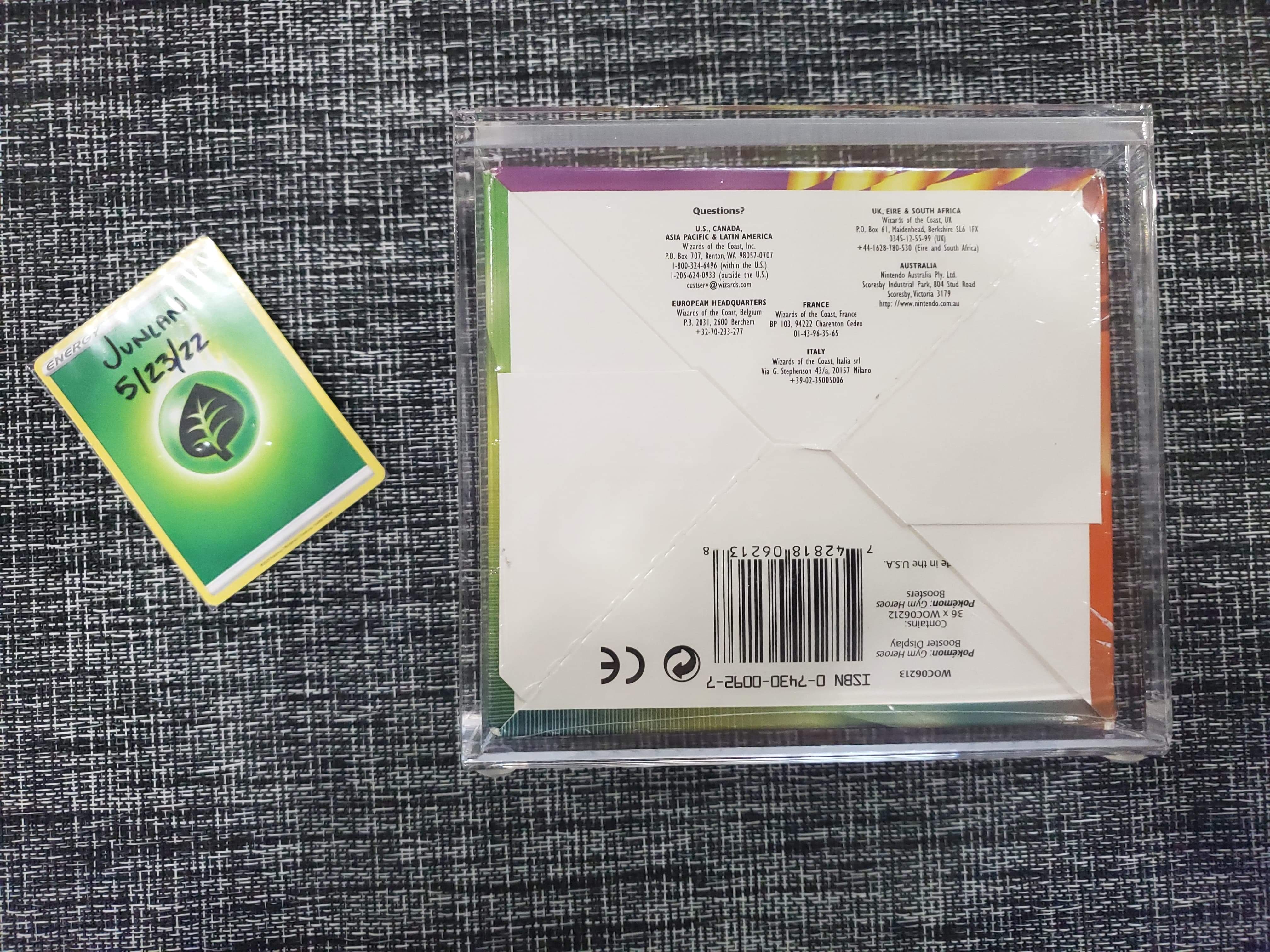 In the current market, there is no good reason to buy a box that looks even remotely dubious. There are plenty of boxes that check all cases, from trusted sources.

This box has seam lines on 2 of the 4 sides with what I would call a dart on top of the Magnemite side. Never seen anything like that. Hard pass. Also, the Graveler side looks like a typical reseal, with excess material and a thick, waggy line.

Looking more closely, the stamps also look off. They’re the international type with the curvy “s”, but they take elements from the USA type, such as a greater distance between the star and the “i” and some letters. There’s no recorded sale of a Gym Heroes box with international stamps.

while the thickness can vary, the graveler side looks uber suspicious, i wouldn´t touch that. i have a few genuine heroes boxes lying around here and they all have straight seals.

Thanks guys you guys saved me from getting scammed. This guy was not your typical scammer. I made a post on Facebook about selling/trading my ETB collection and he mentioned he was interested in trading his 1st edition gym heroes and sandstorm box for my collection. I was down, and thought they were real. We even Facetimed. In hindsight, it was a bit sketchy in that he didn’t really care in detail about the actual trade value (I would have won out in around 17k of product for his 20k of product). He also showed me an ungraded Pikachu illustrator card and 1E base box, which is probably fake. I asked him why he didn’t grade it and he didn’t give a good response.

It was my fault that we had agreed to the deal, and by the time I made this post, I had already shipped out my ETBs to him and he was shipping his gym heroes box to me. Last night, I contacted him saying that I think his box is resealed and I want a tradeback. The agreement was that we would ship the items back to each other. However, I realized that he would have way more leverage over me if my shipment got to his hands. This morning, I managed to intercept the package via UPS so it is now heading back to me. I forgot to notify him because honestly I was pissed that he is lying through his teeth, and definitely smarter than the average scammer.

A lot of lessons learned from this experience, but I have to thank you guys. You are right that the box is sketchy from careful comparison. I wanted to trust him because I really wanted those WOTC boxes. Next time I will be much more skeptical.

Here are some of the raw convo. Definitely sad that scams like this exist out here. 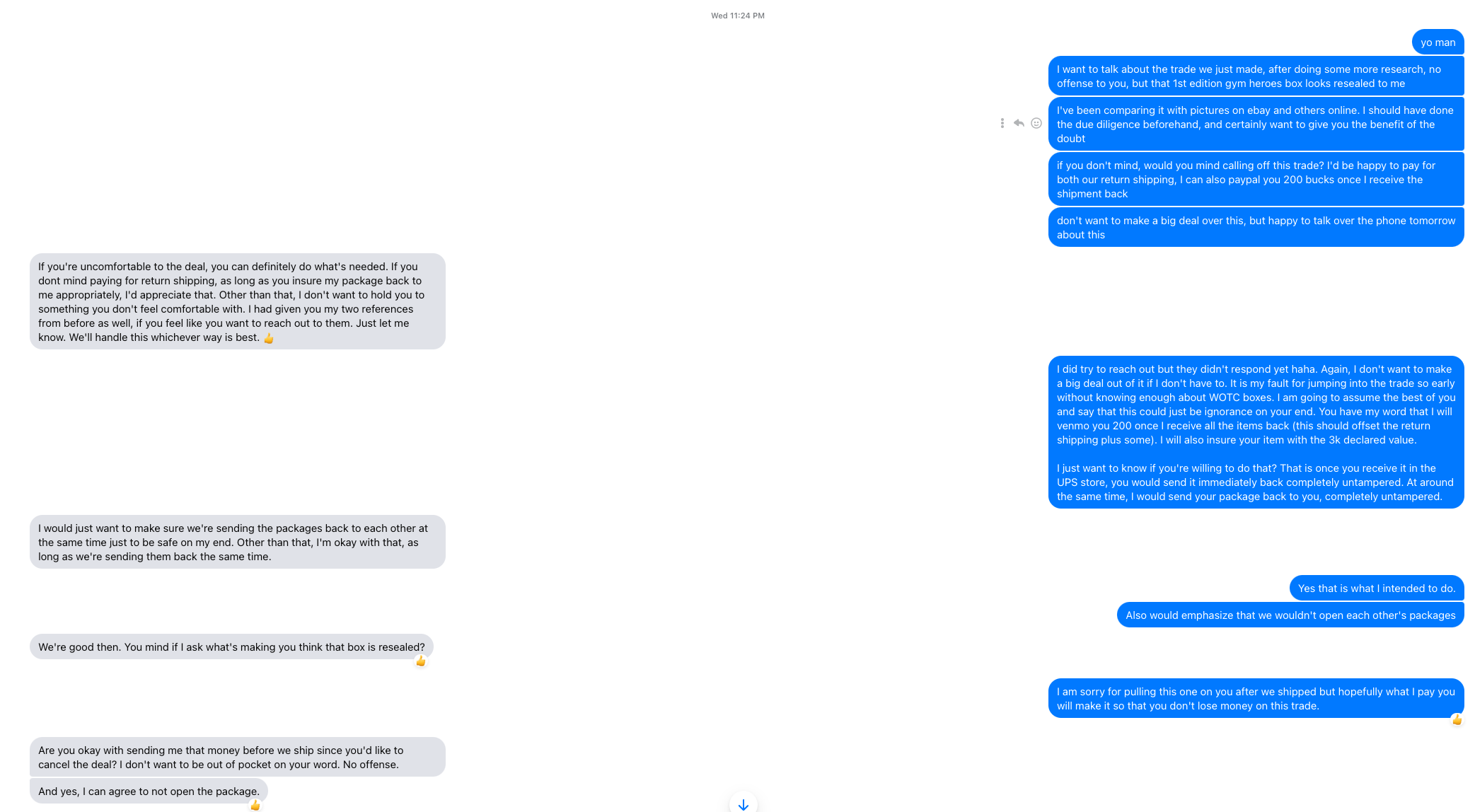 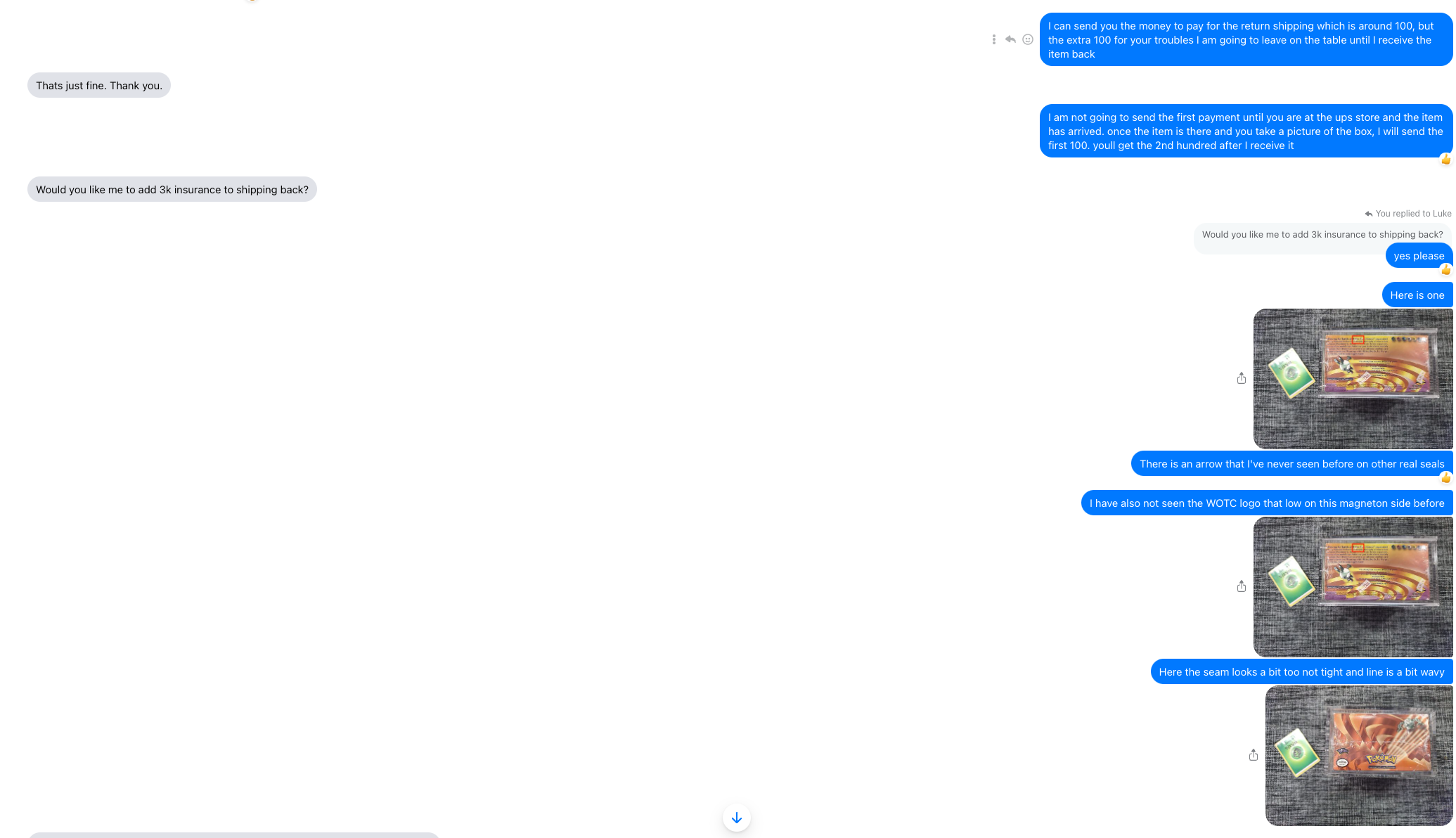 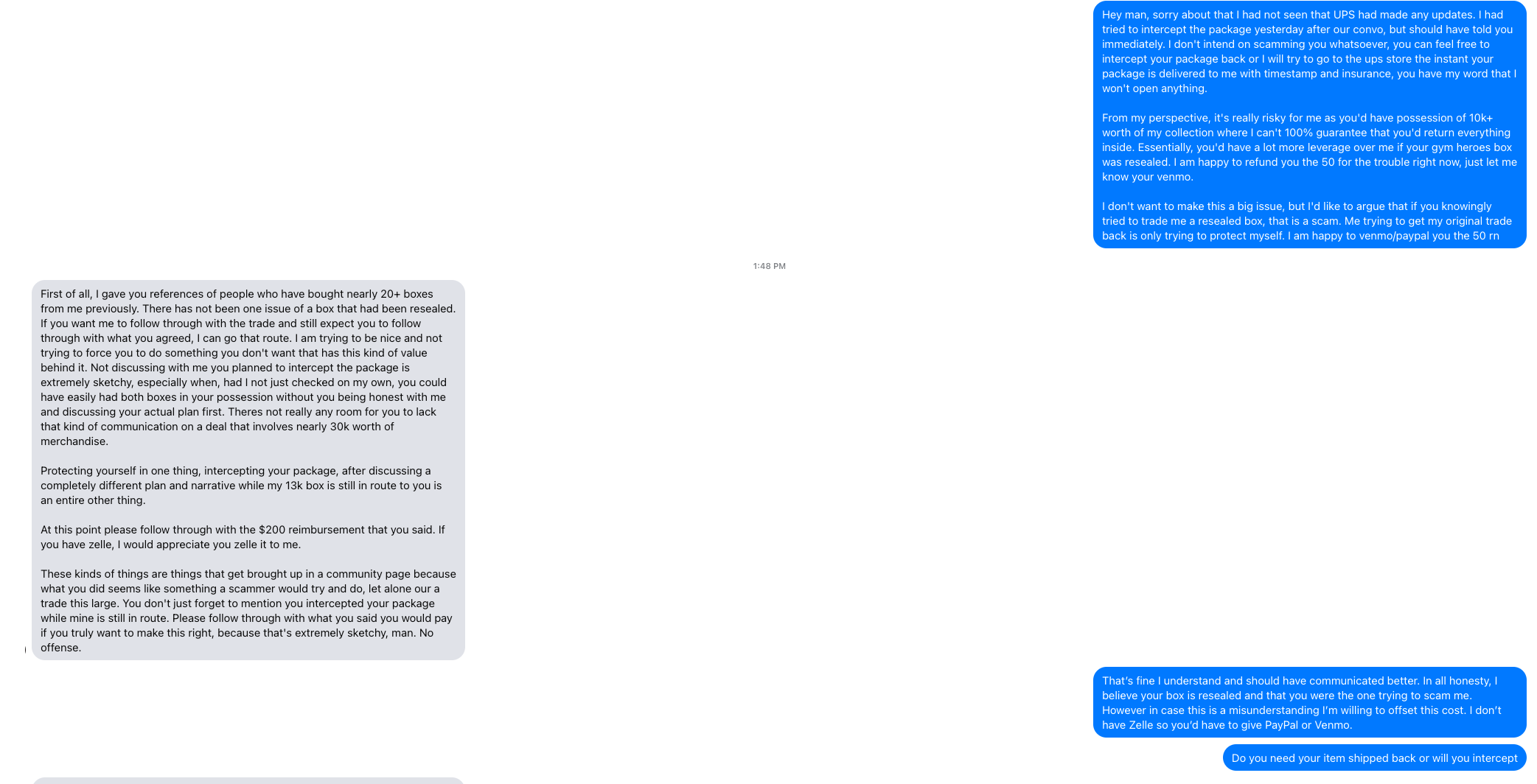 I know I said in the chat I’d pay him to ship the box back to me without opening, but now I intercepted it, I am conflicted. Want to be a man and honor my word but don’t want to pay a scammer

You kinda created this mess, idk maybe at least cover the guy’s shipping. Could be an intentional scammer or not, but I’d give him the benefit of the doubt at this point. Tricky situation nonetheless!