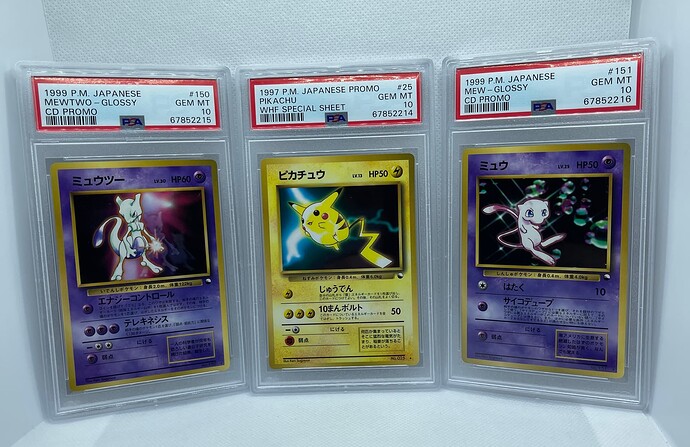 Did you grade these yourself? If no, then the original senders might not have indicated which label they wanted for their cards when sending the cards in for grading. If yes, and I assume you’ve marked them as WHF Special Sheet cards in that case, then it’s probably because they’re uneducated about how to tell the two versions apart, so they just use the most abundant version (CD promo) for each of them in their labels.

PSA’s labeling is pretty inconsistent to begin with.

Thanks for the reply. I did send them in myself. PSA in their drop down doesn’t have a WHF label for the Mew or Mewtwo. I manually wrote in that they were from the sheet, but to no avail. It is what it is, but it would be cool to see all three with the WHF label as that’s where they came from.