Why do japanese vmax cards spell "'max" in english?

Why? also maybe there should be a general question thread.

In addition to having a whole alphabet for words borrowed from other languages, English words and letters are often used as emphasis or acronyms.

That’s interesting, I guess there are English equivalents like reading a novel and an obvious french or german word being used? But I couldn’t imagine that working for any non-latin character based languages… huh.

Here’s an example of a Japanese advertisement 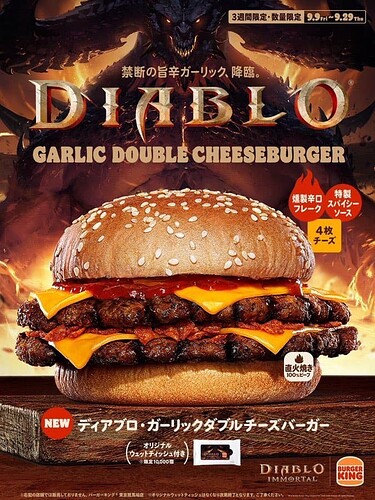 unknown-19675×900 127 KB
The text under the burger also spells out what the english text says, something like:

Doing a bit more reasearch on this topic myself, the word people use to describe why ads and things will add English is “decorative”. In the same way they use a different font for “ex” or v or “GX” or “Vmax” or whatever, the English characters on Japanese cards also play a similar role to the font

Not an expert, but from what I recall reading over the years there are certain Western language words that just fit into Japanese better depending on the purpose/context, sort of like how in English we have words derived from French, German or Spanish that we use. Of course a lot of this goes back to Latin, Greek, etc and other historically used languages for vocabulary and phrases we use in these more modern languages.

The other reason I have read is there may just not be a same or similar wording used in Japanese, and therefore they will use a substitute from another language instead. So ‘Vmax’ is probably the most suitable for English & Japanese.

Yeah absolutely. A whole bunch of “English” words we use every day are actually French or German or whatever. In this context, I’m sure there’s a Japanese word for “Max” or “Maximum” which could have been used after the V. But yeah it’s probably a branding thing too. Same goes with VStar.

In addition to what others have said (using English words/letters for emphasis), combining English loan words and Japanese into one phrase is clunky and doesn’t sound right.

Kind of like in English, you might say “coffee with milk” or “cafe au lait,” but you wouldn’t say “coffee au lait”- it sounds strange. Similarly, while there are Japanese words for “maximum” and “star,” saying “V星” instead of “VSTAR” sounds off.

The relevant loan word in this case being “V”, right?

I think it’s even simpler than everything posted in this thread.

VMAX & VSTAR are proper nouns/brand names. The lack of translation is not exclusive to Japanese. In every language, a VMAX card will say VMAX.

Or go to the Japanese site for Microsoft. They’re not translating the word Microsoft because simply, that’s the name of the brand. Has nothing to do with loan words or anything like that. 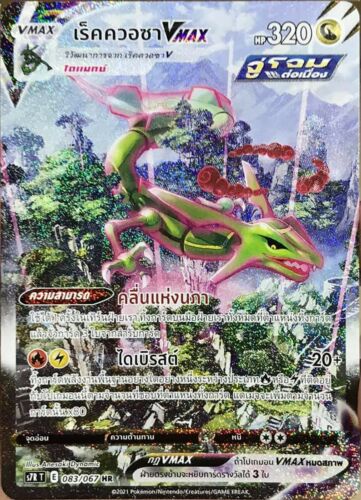 That’s correct! Even though it’s not really a “word” per se, it functions the same grammatically in this case.

Why is Pokémon called Pokémon in English? It’s as easy an answer as that.

because its short for pocket monster. the real question is why is it called pokemon in japan