What is your first memory with Pokémon?

My first memory with Pokémon was either in 1998 or 1999. I went over to my older cousins house and they showed me there Pokémon binders. I was instantly hooked and I fell in love! My dad took us to the store where they had base unlimited packs. He bought us 2 packs each. We opened the packs in the back of my dads K5 Blazer. I pulled 2 holo chanseys! My cousins did not get any holos so my dad made me give away one of the holo chanseys to be fair lol. Those were the days…

What is your first Poke memory?!?

I was a Nintendo Power subscriber back in the 90s. IIRC, during the summer of '98, Nintendo Power sent out a promotional VHS advertising Pokemon. I might still have that VHS somewhere.

1999 mowing grass as a chore so I could immediately spend my money on two base set booster packs (believe they were $4.99 each at KB Toys). Mowed so much grass that year.

My first poke memory is of watching “Attack of the Prehistoric Pokemon!” at my cousin’s house during the summer of 1999.

Another very early memory was when I pulled a holo Clefable from my first-ever pack of cards. The feelings I associate with that moment are so strong they border on being tangible.

My cousins showed me the topps cards and I begged my mom to drive to the KB toys in the next town over (which I feel bad about looking back now) we bought a couple of the topps packs and a base set. I remember seeing energy cards for the first time and hating them, having no idea what they did. I just wanted the pokemon. Didn’t get back into the tcg til fossil/rocket.

First memory was buying and bringing home an EX TRR Jesse Theme Deck ('04-'05ish) – I used to be really scared of thunderstorms and I remember unboxing and playing with the cards/mat while a storm was going on and telling my parents after a lound clap of thunder went by that I wasn’t even scared because I was playing with my cards.

I also have memories of watching Pokémon: The First Movie, but I don’t remember if that was before or after buying the TRR theme deck.

Opening my first pack which was a charizard art base unlimited. It cost £2.50 from woolworths and i pulled an alakazam. Those were the days.

My first memory with Pokemon was with the first episode of the anime back in 1999 (I was 7 years old). I always checked from a tv-guide which cartoons were on and I saw this completely new name “Pokemon” listed there so I wanted to see how was it. I watched the first episode and the rest is history

I was 7 years old when I had my first encounter with Pokémon. Me and my little brother were zapping on TV when we came across a boy throwing a red-and-white ball at a caterpillar (end of episode 2). Intrigued we continued watching a few episodes that came after it. About a week later our parents bought us our first booster pack (English Base Set unlimited edition). I pulled a holo Chansey and my little brother a holo Alakazam. As a kid I didn’t really care about holos, through. So when a kid at school offered me a Pidgey, Pidgeotto and Vulpix for my Chansey I only thought about the 1 vs 3 trade, so accepted right away. Later that same week on the 8 o’clock news they talked about the new Pokémon craze, and how some collectors would pay up to 100 Gulden (old Dutch currency) for some rare cards, and they showed a picture of Charizard, and you guessed it, Chansey.

Thinking back now they probably meant 1st edition Shadowless versions, but as a 7 year old I didn’t even knew these variations existed, and I doubt the news reporter did either. Although I have a pretty bad memory tbh, this above is one of the few things I can still remember pretty clearly.

Turning 27 this year, it has been an amazing 20 years. Although Pokémon hasn’t been a huge part for the entirely of my life, it certainly has been as a 7-11 year old kid, and again since about 2.5 years. I wonder what life would have looked like without Pokémon, but to be completely honest, I don’t even want to know. Pokémon for life.

My first memory was when I was sick in bed and my friend Quiten came over with Pokémon cards to help me feel better. (I was already into Pokémon but we couldn’t afford them) I remember being some intrigued with the cards since they had a different back than the normal English cards. I later learned it was from a world championship deck but my 7 year old just thought they were these super rare cards. Had he never came over and gifted me those cards, I probably wouldn’t be here. I still have those cards actually

When red and blue were released for game boy my little brother got red. He was telling me about it and told me to give it a go cause he thought I’d like it so I did … there was only one save file and after an hour of playing I asked how far through the game he was. Turns out I was further along than him as he had only played about 15min so I asked if I could save over his game and have red if we went and bought him blue right then, he said ok and that’s how I got into pokemon.

Got Pokémon Red for GB for Christmas in my stocking and had no idea what it was, I was maybe 9 years old.

Also: playing Pokémon red for over 300 hours getting ol green toad up to level 100 and KNOWING solar beam sucked but still shot that sucker every time

Had some business dealings early on but the first personal impression I got I believe was from news reports from Japan talking about how an early japanese episode was causing seizures to the kids watching on television. I remember thinking…it must be pretty cool, lol.

The below article was from the late 90s. Note how the word Pokemon isn’t used once, cause it was popular outside of Japan yet.

Cant remember what came first the TV show or the Gameboy Game but I was into both. Then the card game came along and got super into collecting. Then I quit for a good 18 years before getting back into it.

@woolsluk
My first memory is pretty similar, friend of mine was visiting my place while carrying one pack of Base set. Best pull from it was Alakazam and we went nuts because we thought it was the rarest of them all ( 1/102

Opening my first pack which was a charizard art base unlimited. It cost £2.50 from woolworths and i pulled an alakazam. Those were the days.

@woolsluk
My first memory is pretty similar, friend of mine was visiting my place while carrying one pack of Base set. Best pull from it was Alakazam and we went nuts because we thought it was the rarest of them all ( 1/102

lol that’s great, my first memory was watching my older brother open a base set booster pack and pulling an Alakazam 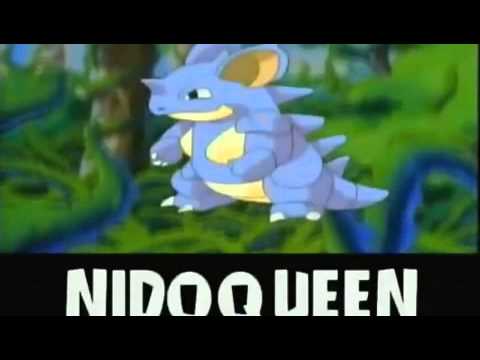 I was 11 or 12 at the time. I woke up super early one morning and just flipped on the TV. First time ever seeing Pokemon. I remember the anime art style and being curious and excited. DBZ was the only other anime I had seen at the time and that was cool as shit, so this had my full attention. It was the St. Anne episode (Episode 15). Collecting monsters and battling them, that was it dude, I was hooked.
I became friends with a kid who rode my bus through Pokemon. He was actually the person who gave me my first set of cards. It was right before the TCG hit the states, I remember him telling me his aunt was buying a shit ton of booster packs when they release and that she was going to send him a few for his birthday. Going through the horde of cards he got, he shuffled a few off and handed them to me. A bunch of 1st edition commons and uncommons. I was super stoked man. I still remember pulling those cards out of my pocket every chance I got that day at school and looking at the art.