I have also a pika promo
With it

Condition on mew are nm the pika played

I do believe someone on the forum is looking for this card, don’t have a rough guesstimate but… I had the Pikachu Gotta and sold it via auction and its went for about $45~ USD, close to NM. So I guess you can work from there. These seem to be rather elusive promos.

SELL IT TO ME.

Both are probably worth around 30-50 USD a piece in NM ungraded and are pretty hard to find. If they are still sealed they are worth more.

I’m still surprised a French Glossy card (the Pikachu) was added as a Glossy Promo to a Japanese magazine. Makes no sense at all, but I like it…

An unique card in my Pikachu collection.

I’d be interested in both since they are 2 of the last 7 (soon to be 6) unnumbered promos I’m still missing. (Sorry skinst!)

Mind attaching a photos of the mew bud

Did you end up selling it? How did you get for it?
I am looking for the glossy black star 8 mew as well, if anyone is selling one. Only one I am missing for my mew collection

Did you end up selling it? How did you get for it?
I am looking for the glossy black star 8 mew as well, if anyone is selling one. Only one I am missing for my mew collection

I have all the gotta magazine cards and know a guy that just recently peeled one. He had a bunch of japanese magazines sealed and didn’t know what the card inside was. Turned out it was Gotta magazine and he peeled the mew out of it. I was soooo annoyed because he offered me the book and I turned it away because I didn’t know it was Gotta.

The Mint Mew is worth about 70-100 because it is so rare and niche.
The glossy english pika I have sold with the glossy english jigglypuff for 80 in EX and NM condition respectively as a package.
I bought the french pika from gotta on a whim when I searched ebay after learning about it and got it for 4 bucks! MINT! Still stoked on that one.

Someone right NOW is selling the pika on ebay for 43 or best offer in Ex-NM condition. I would grab it if anyone needs it. That’s kinda fair and only a handful appear usually in a year.

I bought one about 3 weeks ago from a forum member on here for $150. It was a mint copy but slightly off-center.

Comic GOTTA was published from December 1999 to July 2001 as a big brother of Corocoro comic.

Mew is Appendix to the comic GOTTA. 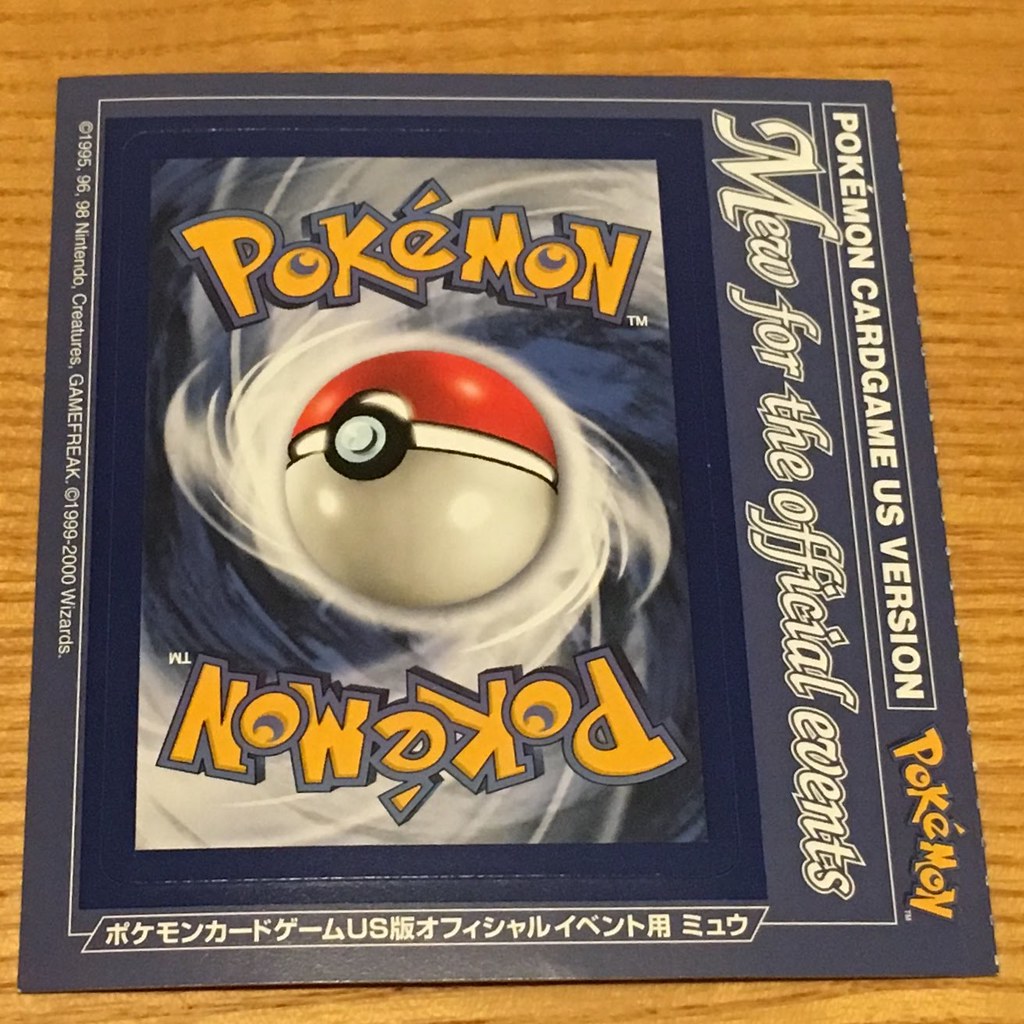 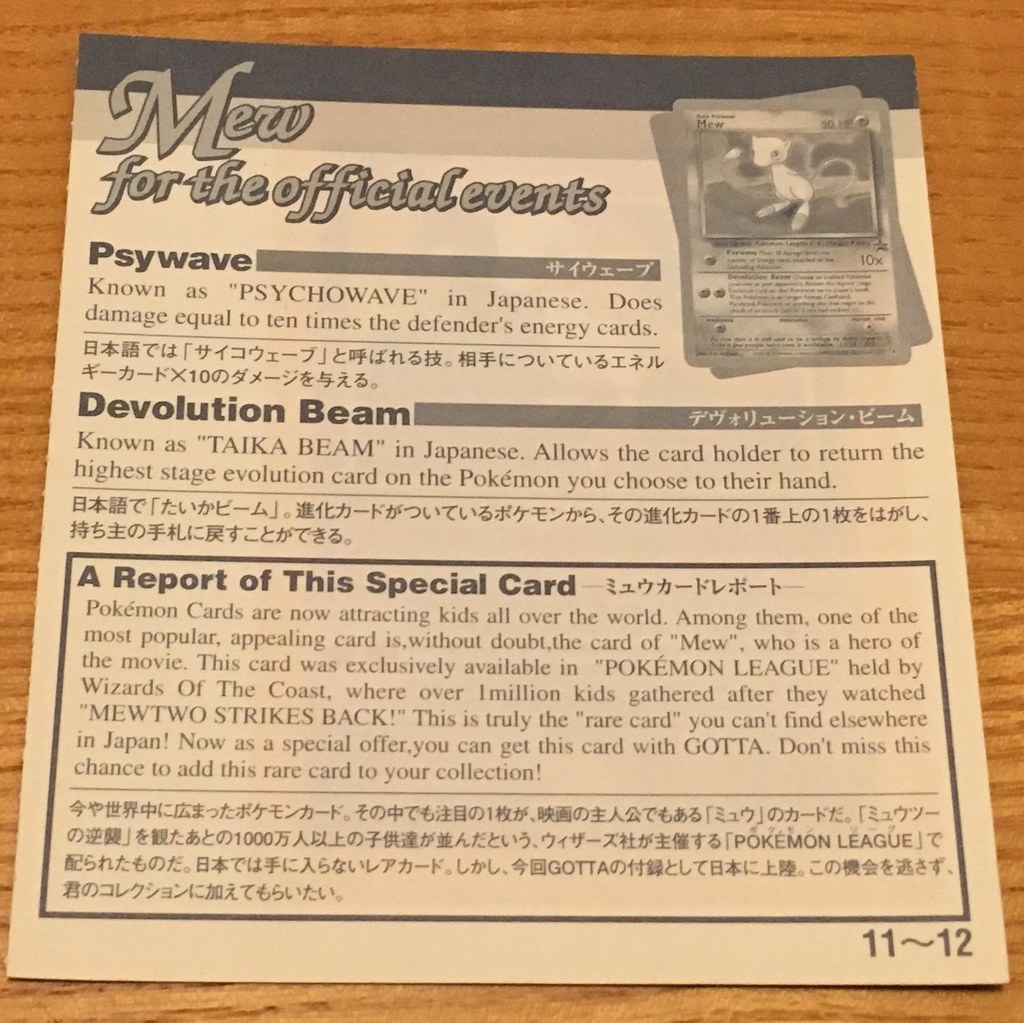