I’ve seen a few cards (of all three decks of the Family Pokémon Card Game set) which contain a number at the set symbol. I’ve heard from someone that these might be misprints and only some of the Energies should have contained numbers. However, we’re talking about Japanese cards here. I have the feeling these might be a separated release with numbers (with a combination of cards from all three decks), instead of misprints. Especially since I’ve also seen Energy cards without this number.

Here a picture of the Pikachus which I already have both in my possession to know what I’m talking about: 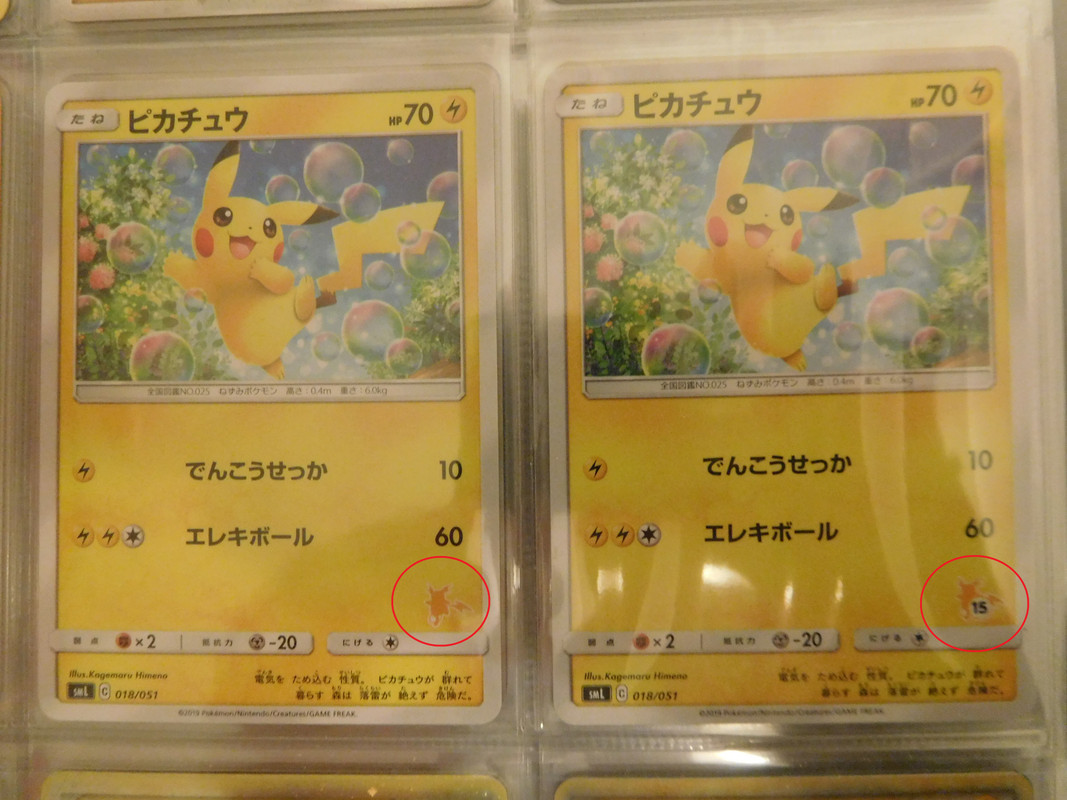 The one on the right has a white round circle with the number 15 on top of the set symbol.

I’ve also seen the following other cards with numbers:

The Hau image contains three cards without number like the Pikachu. I’ve also seen the Clefairy, Poteon, and Fairy Energy without numbers. Psyduck I’ve seen about ten times, but all with the nr 16…

Anyway, does anyone know where the cards with these numbers come from?

I wonder if these numbers are tied to the instructions that come with the cards. It’s possible that only some of the cards have the numbers while others don’t.

I wonder if these numbers are tied to the instructions that come with the cards. It’s possible that only some of the cards have the numbers while others don’t.

Interesting. Potentially a learn to play so put 1-16 in order in order to follow along with the specific tutorial/instructions.

@rattlebear, That’s what I’m thinking, but it would be hard to know without a translation of the instructions. That should clarify things, I’ll bet.

They’ve done that before in the Trainer Kits, so I guess that would be the reason, yeah.