r/PokemonTCG - found some old cards on Facebook marketplace. spent £250 on them...

The majority of people in the post are saying that all of the cards are fake, however, some of the base set 1st edition cards look really convincing to me. Have any of you run into fake cards where you couldn’t tell the difference?

If I couldn’t tell the difference, how would i have known they were fake

For example, look at this Hitmonchan: Personally, I found it difficult to tell that this is a proxy card.

For me, the corners are way too square and the borders are too thin. The colours on the back look a little off. However, I probably wouldn’t have thought this immediately if I wasn’t told it were fake.

I’d suggest getting familiar with how a 1st ed base card should look before purchasing any, to protect yourself!

Here is a harder one: 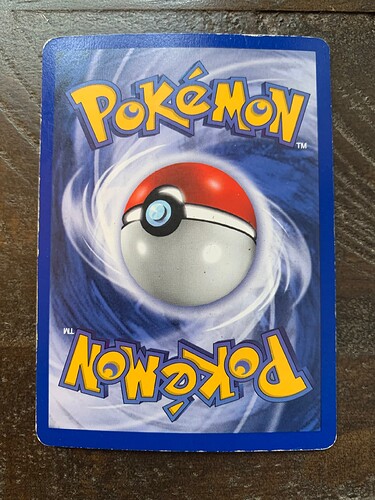 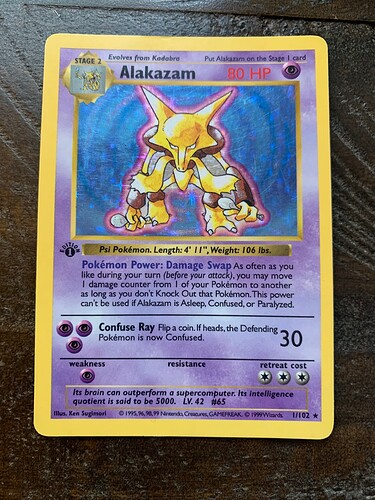 Supposedly it’s a proxy from Etsy, I thought it was real as well.

I don’t believe that

It’s in my collection, I recieved it as a gag gift a few years ago along with this: 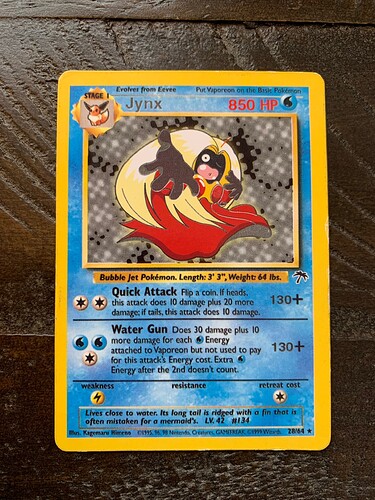 If the Alakazam is actually real I would be shocked, I think my friend paid around $20 total for everything.

well congrats on the deal haha

That Alakazam looks real to me too. PSA is getting cheap, why not send it in and see?

I know @smpratte did a video on 1st edition base set fake cards and slabs and how to identify them. PSA Graded Fake 1st Edition Pokemon Cards - Real Stamps VS Fake Stamps - YouTube

But the 1st edition stamp will differ for other sets. Not sure if the reddit post was about base set or not, but seems like fake stamps do exist and even grading companies have made mistakes on them

Looks like the poster deleted the post and album. I saw it while it was up and while some looked good many were oversaturated, had wrong holo patterns, and had inconsistencies that are known with proxys like their borders. For that many first editions for that price, generally if there’s one fake then immediately be suspect of all of them. Somehow fakes like to show up in groups.