Are these Base 2 Boosters fake?

I tried looking online and comparing, and I’m leaning on the side of fake, due to the color seemingly being stronger than on originals, but I’m not 100% sure. What do you guys think? 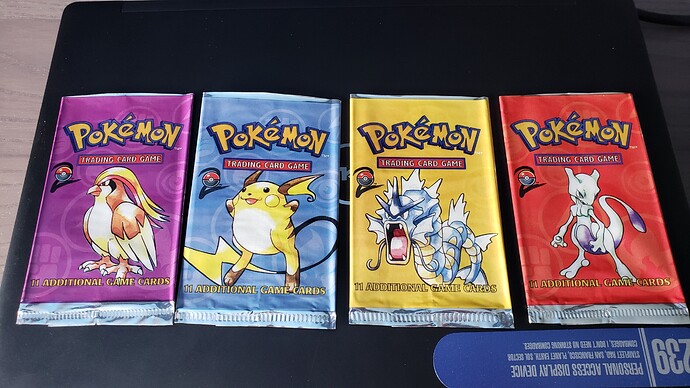 2560×1440 821 KB
I just took a pic of my opened wrappers. The font on the barcode and the proportions looks wrong. Kinda hard to tell for the fonts because of angle of the other images.

The crimps also appear inconsistent, and the pidgeot has weird creasing on the back, which doesn’t look like a machined seal. 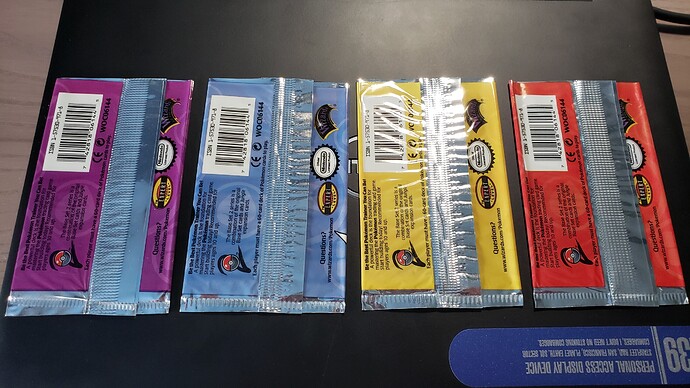 However, looking at my other WotC packs, the base 2 packs I posted are the only ones with that font on the barcode and ISBN, so that could be meaningless.

I do see that the logo is closer to the top on yours, yet doesn’t appear to be further from the bottom. And the pokemon logo appears a little smaller, with the base 2 logo slightly further from the outside edge than in mine.

Honestly, it could be the lighting in the pictures you have up there, combined with the angle, that makes them appear duller. It could also be sun damage. They look legit to me.