First time posting here. I randomly stumbled upon this forum researching about my subject topic.

So long story short, I went to our local swap meet here on Oahu and came across and older gentleman’s Pokémon collection. He had several holo foil cards from the earlier sets, but nothing that caught my eye. But when I went into his common binders, I stumbled upon 11 sheets (see photos) of these 1998 Pocket Monster Anime Collection stickers. Even with the minimalist knowledge on Pokémon stickers, I knew they had value. I bought all 11 sheets.

Can anyone tell me what they exactly are? Are they rare? Unfortunately, it was kept in a binder all of these years and have slight warping. Other than that, they appear in really good condition. Any suggestions if I should place them in card protectors, i.e., top loaders or card savers?

I’m glad I was able to find this forum and I look to being a part of a beautiful community. 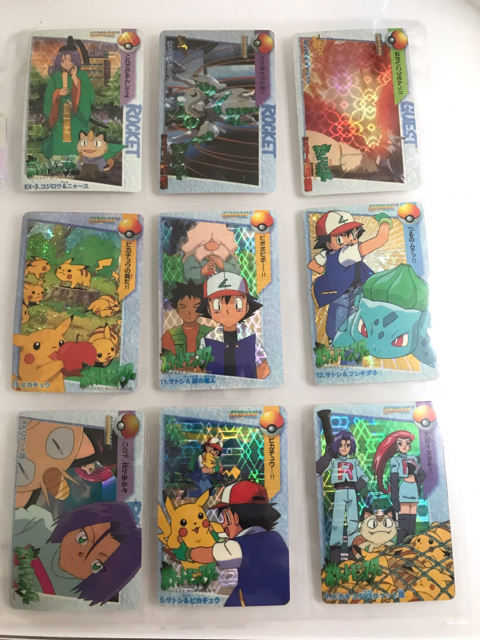 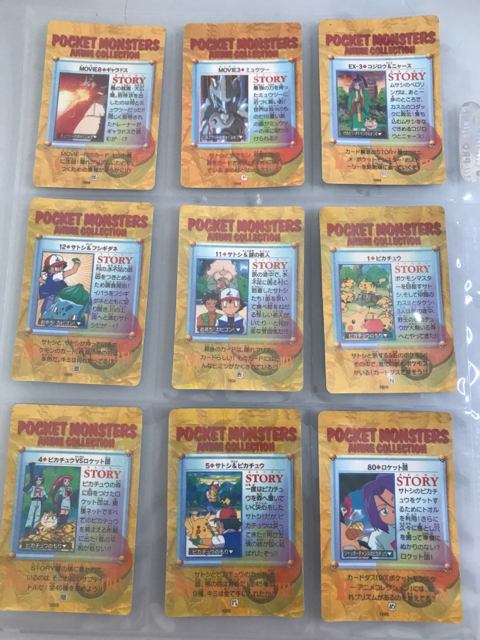 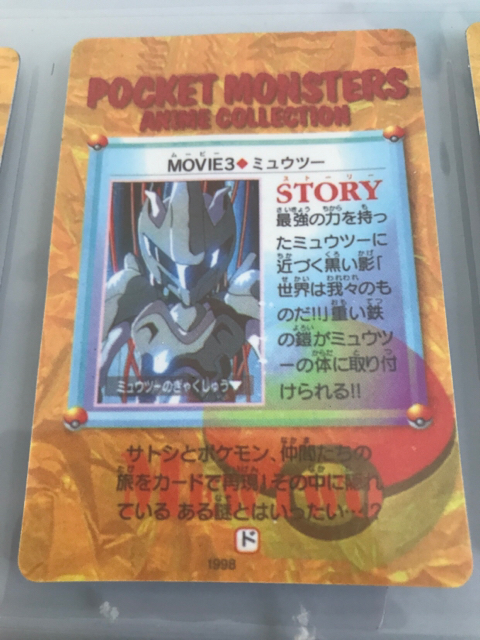 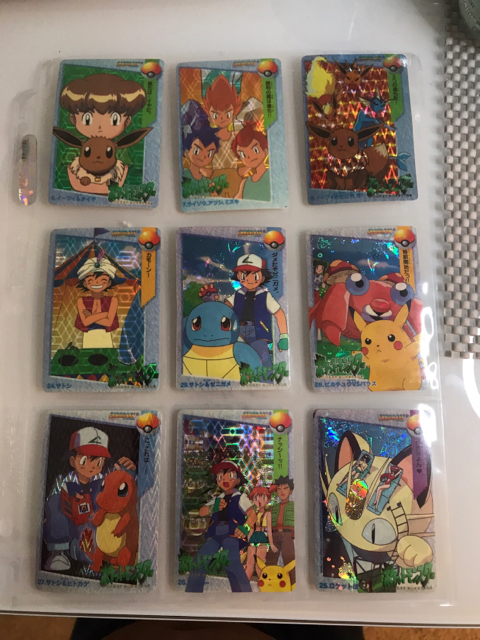 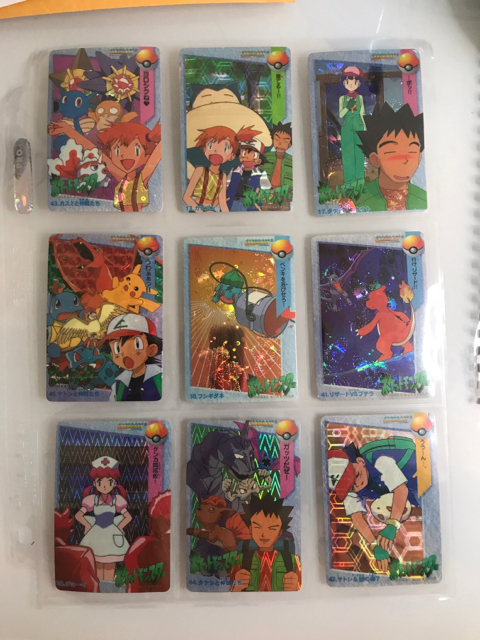 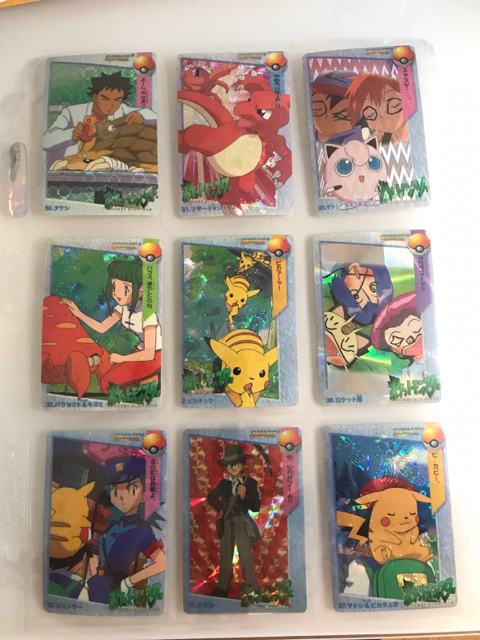 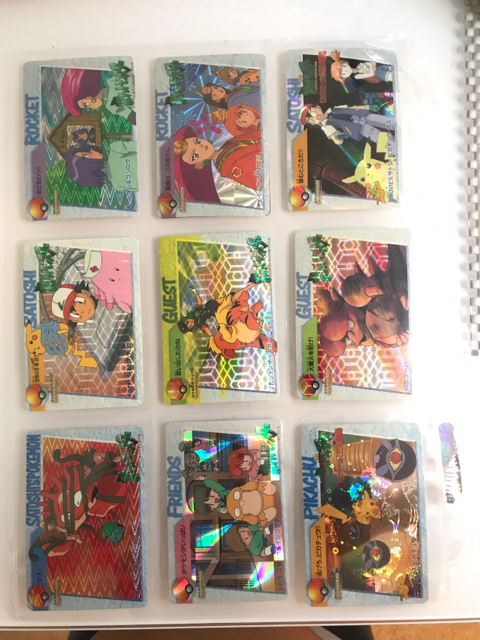 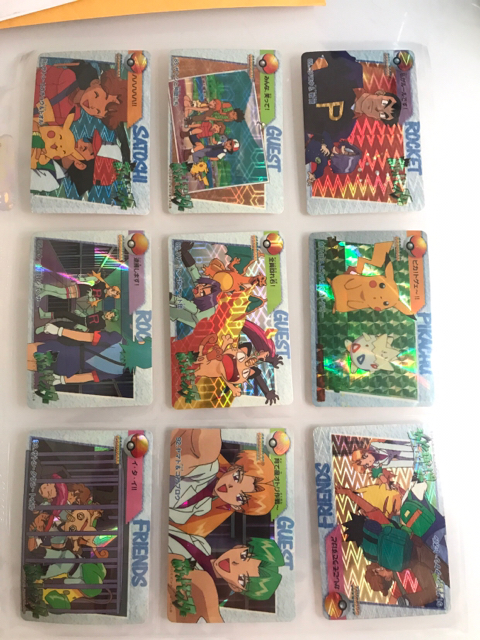 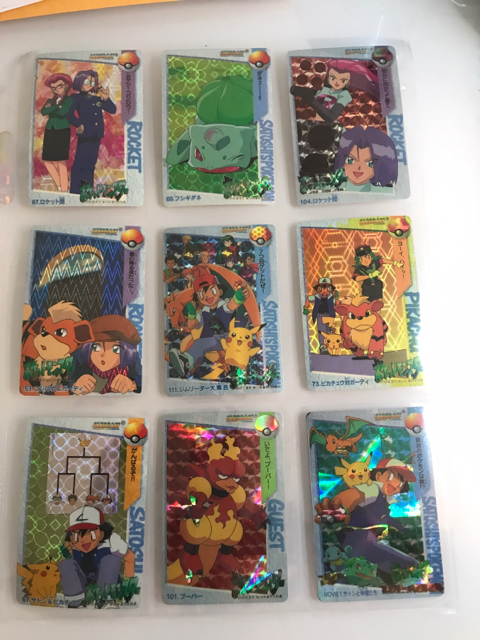 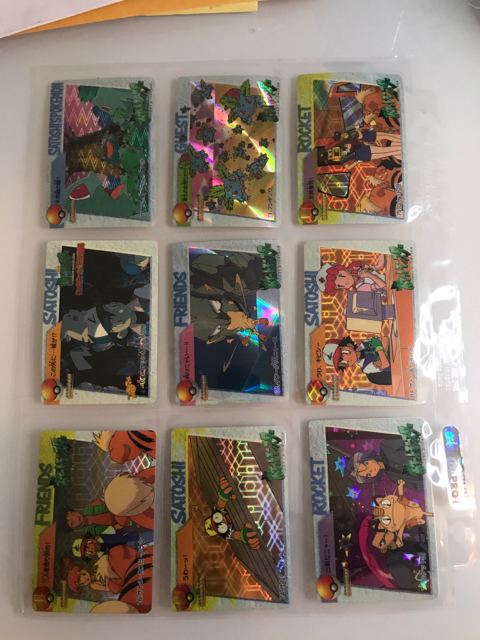 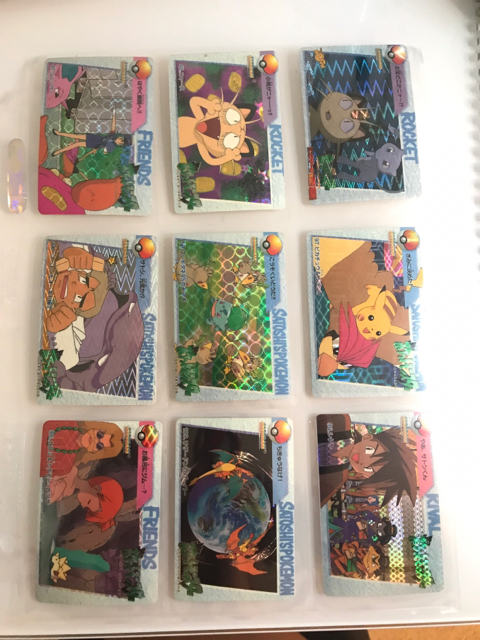 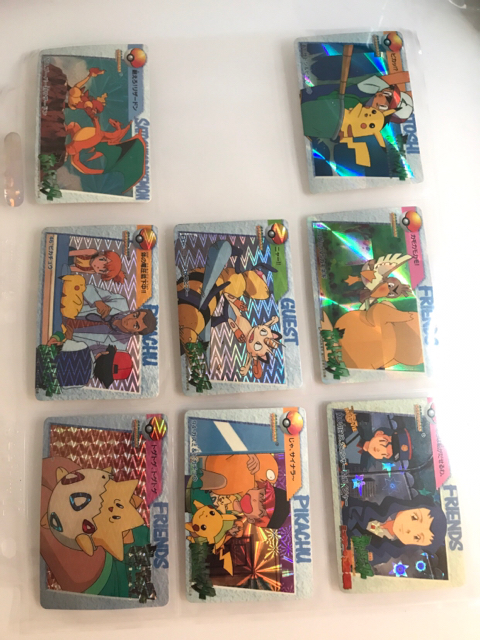 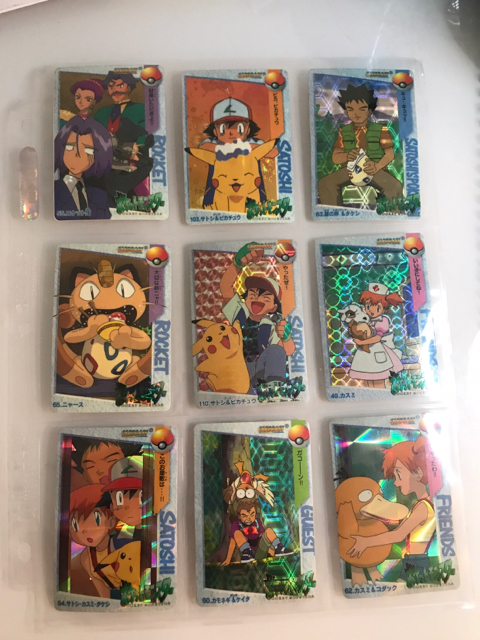 I don’t know too much about these but I do know that there are a lot of Chinese fakes out there. The fakes typically add a holofoil “prism” pattern to cards which otherwise aren’t holofoil, and I can see from your set that a lot of these have this prism effect which I don’t think should be. 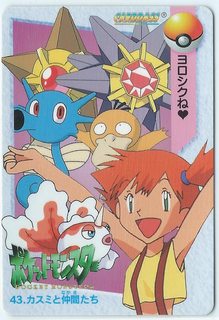 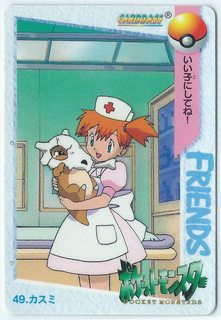 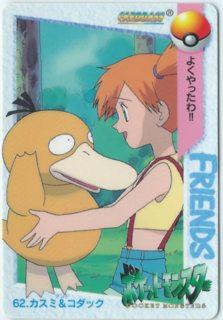 You can clearly see that these are not holofoil cards, but in your sheets you have these with a prism pattern. Hopefully someone can correct me if I’m wrong, but I believe some of the cards you have here are Chinese fakes. Whether or not this makes them less desirable is a different question though, as I know PSA have graded some of these and they normally sell for higher than the regular cards.

Thanks for the response, man.

My main concern when I first researched this set was how much prisms I had (all were prisms!). Then of course, I thought that can’t be right. Could they be fake? And just like you mentioned, the same ones that I have, some were PSA graded as well.

I think for me, I just want to know what I have so that I don’t spend too many resources and time on these stickers. Who knows, can fakes be desirable?

Actually I’m sorry to say it but I think even the ones which are normally prism in your set may also be fake. Here is a #90 Togepi I had graded a few months ago: 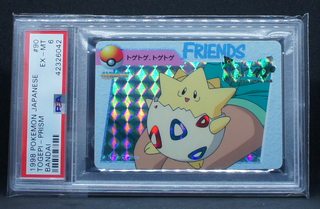 You’ll see that the holofoil effect is only applied to the artwork itself and not the outer parts of the card, but in your set you have one which has this holofoil effect extending onto the border as well:

I think for me, I just want to know what I have so that I don’t spend too many resources and time on these stickers. Who knows, can fakes be desirable?

I notice you’re referring to them as stickers. The ones I have and showed above are cards, not stickers, so perhaps what you have are legitimate releases from a different set?

Hopefully someone who is more knowledgeable than I can step in and clear this up.

If you look at the attached photo on the bottom of the card, it appears someone previously lifted the sticker and placed it back. These are definitely stickers. Hmmm…never really thought that the others were cards and mines were stickers. Really good point and I do hope someone can chime in.

On another note, which kind of hurts my stickers, is that on bottom of the back side, it just says “1998”. Other cards bear the writing “Bandai 1998” or “Bandai 1998 Made in Japan”. I haven’t seen this brought up in other forums or anywhere for that matter. Probably just another hint that mines are fake. 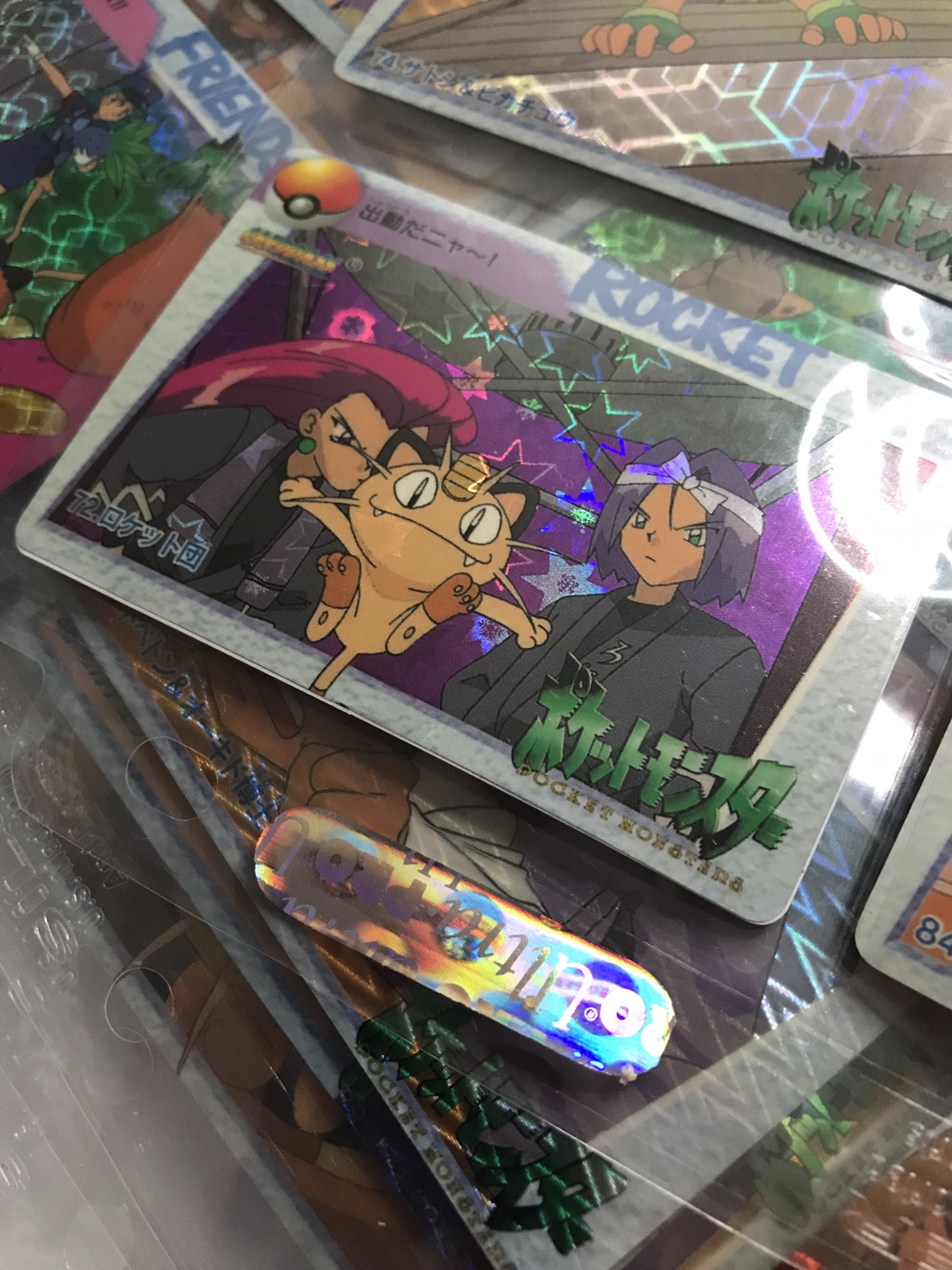