Why aren’t yugioh cards as expensive as Pokémon or magic?

I was thinking maybe reprints but Pokémon reprints all the time and the originals are still pretty expensive.

My personal opinion is due to having so many reprints, and the BARELY vary in difference on many. Also, the game was originally very fun, but it has gotten so far out there with different card styles that a new player has a large entry barrier.

Good games should take about 10-15 minutes to explain, IMO.

I’ve been recently getting into Yugioh collecting somewhat myself and have also wondered the same.

Yugioh reprints are a lot different than Pokemon. Pokemon has what, 10ish versions of Base Charizard throughout the years? Meanwhile I think Yugioh has 10 new printings of Blue Eyes this year. Yugioh also seems to reprint competitive staples WAY faster than Pokemon or Magic, and I bet the “reprint culture” impacts resale value in the game as a whole.

I also don’t think that Yugioh compares to Pokemon or Magic in terms of reach and nostalgia. It’s about 10 years behind Magic and most of the super expensive Magic cards are from those 10 years.

There are still plenty of super expensive Yugioh cards. Original LOB cards are 4 figures, and there are cool misprint grails like that one ghost rare with the wrong name, as well as the “redemption Dark Paladin” with the corrected art, etc.

There is a lot of good value to be had in the TCG and OCG right now. I personally love vintage YGO for its unique designs and art style - its extremely 90s which I like.

It’s a side project for me but I have been buying stuff here and there and feel the value is really good for the current prices.

Basically, YGO had very high print runs out of the gate so it’s not easy to compare it to MTG. If 1st Ed LOB had the same print run as Alpha or Beta, the prices would be a lot different. And it’s also tough to compare it to Pokemon because…well, Pokemon.

As others mention, it’s going to really depend on the card/set and where you look. Some cards from LOB 1st and MRD 1st for example can be in the 4-figure range in a high grade (i.e. PSA 10), but otherwise the NM grades are fairly low priced (like most Pokemon set cards). Only cards like Dark Magician, Blue Eyes, and Dark Magician Girl seem to get into the 5 figure range from what I’ve seen for regular set cards and only when they’re high graded examples.

In 2002, I played Yu-Gi-Oh for about a year before I moved strictly into MTG. It was a lot of fun, but my nostalgia for it is really only tied to the early sets. I think another factor is demographics. Most Yu-Gi-Oh fans I’d wager are a bit younger than most Pokemon/MTG collectors and haven’t had the same level of disposable income to put into the hobby quite yet. I think over the next 5-10 years, some more growth could come into vintage Yu-Gi-Oh. Not the same level as Pokemon or MTG, but some sizable growth.

I say this based off the fact my LOB 1st Mystical Elf has seen pretty significant growth so far, and I feel it could go higher over time as well, as I believe many people have nostalgia for cards like this as well as other fan favourites.

thinking about this more, actually, there are plenty of sizable cards in YGO - especially in PSA 10 grades.

And that’s nothing to say about the various trophies that the game has to offer. Some are just incredible - even better than pokemon trophies IMO.
the DMG and BEUD rookies are both literally prize cards and the BEUD has unique art that is jaw-droppingly amazing.

The biggest factor is player/collector base. It is by far the smallest of the big three games and therefore has the a smaller pool of people paying high dollars.

This would be my guess, along with what other people have mentioned (lots of reprints). It also was/is not as popular as pokemon or MTG.

I was thinking maybe reprints but Pokémon reprints all the time and the originals are still pretty expensive.

Echoing what everyone else has said…no one reprints like Yugioh… Take any card from the early years of yugioh and theres a pretty strong chance it has multiple copies that are more or less the exact same card. Pokemon reprints are often not art reprints, which makes them worth more since its an entirely different looking card. I’d also argue that the Base Zard and Base Pikachu (most reprinted cards art wise) aren’t really the same category of reprint as what Yugioh has done. The wotc era reprints do look similar, but there isnt another base zard reprint until the Stormfront secret rares, which are entirely new artwork and very distinguishable from the OG ones. Evolutions Zard is quite a bit different looking than the og base zard art with entirely new font and text colors (on the english side that is), and the Celebrations one has texture + the big stamp on it to further distinguish.

For yugioh its a struggle to figure out when the card was released, let alone which version it is. There are also many, many, many, many more yugioh sets/mini sets/promotional sets/packs than Pokemon. Very often cards that you would think are rare and valuable (Blue eyes) aren’t really all that rare and if anything are quite common. I think these reasons ultimately make it much harder for yugioh cards in general to stand out compared to Pokemon.

If you search up Blue Eyes White Dragon on tcgplayer, are you gonna buy the one thats $50 or the one thats $2, looks the same, and carries the same nostalgia kick that you want. Here are some random cards that show how yugioh does reprints for cards that were popular in the tvshow/early sets. 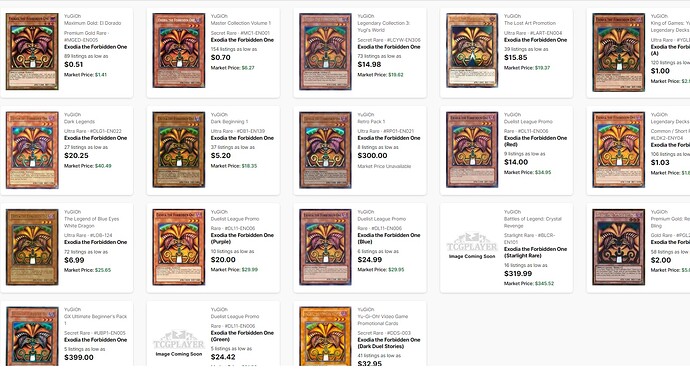 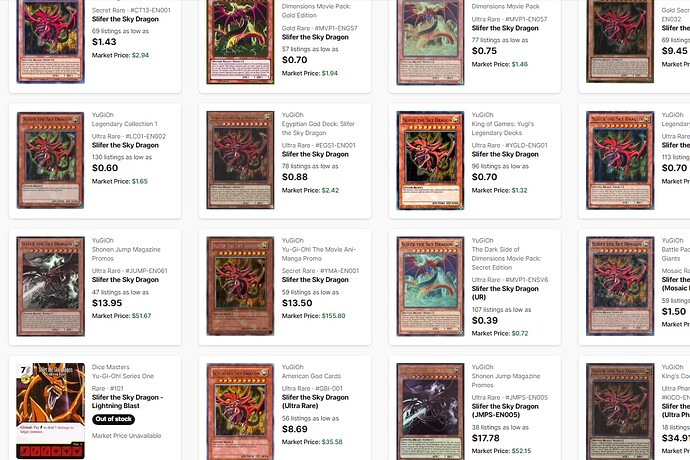 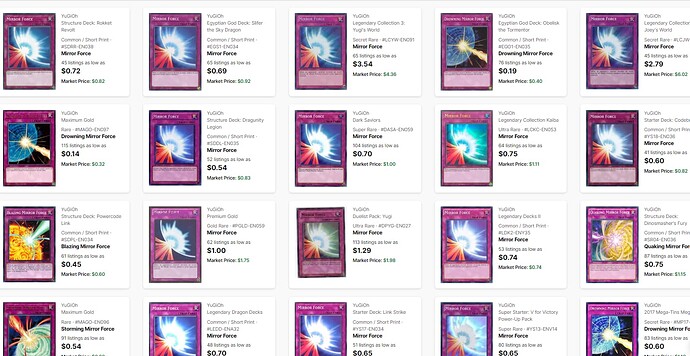 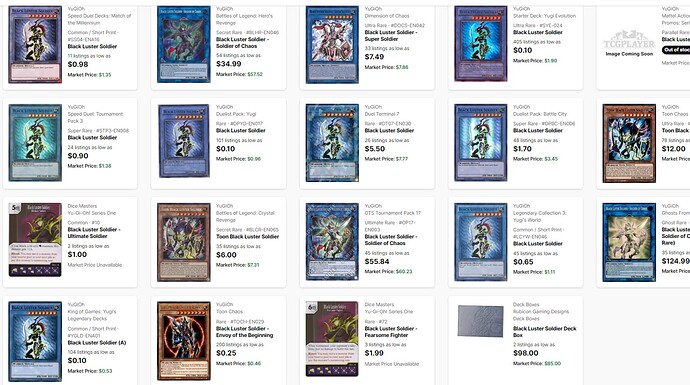 Another thing to consider is that most of the value of the card and the liquidity around it comes from the competitive aspect of the game. If you mix it with massive reprints you have a good receipt for a secondary market disaster. Very few people collect only in YuGi and the chase cards are usually the strong one, and they get reprinted multiple times. In addition to this, competitive YuGi is focused on one format only so everybody is looking to buy the same cards.

The only exception is old card for nostalgia but you have so many different options that many collectors don’t care about the first print, first edition, etc…

I’ve vended at Yugioh Events for over 8 years and I can confirm, 95% of the players there don’t care about anything older than the current format. The one’s who actually collect don’t buy into these.

I love YuGiOh and collect some cards from the boomer sets but my main gripes are: 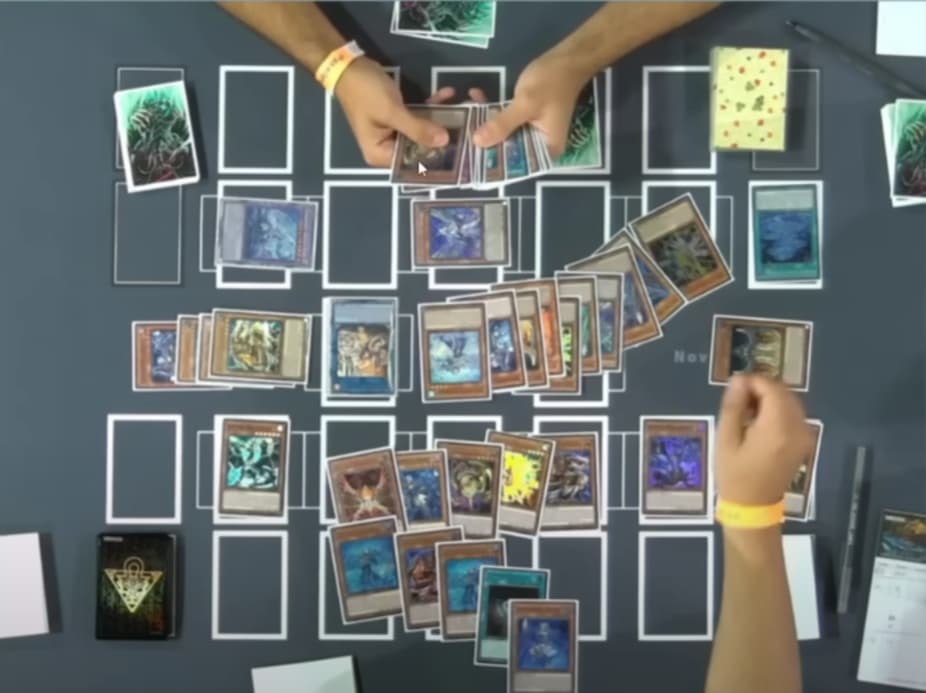 That said I can pick up iconic cards where the equivalent in pokemon/mtg would be four figures for a fraction of that so I enjoy that part. I still think YuGiOh ~cards~ are pretty strong in the cultural zeitgeist, as I often see memes like this: 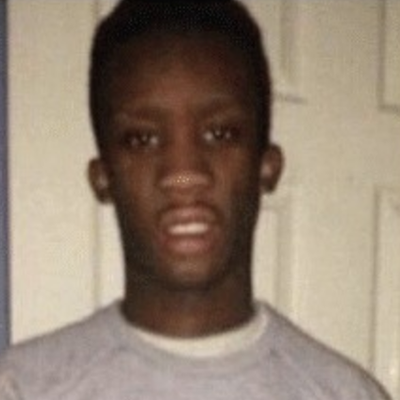 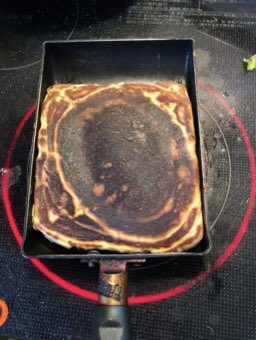