Everyone’s favorite promos pitted against one another. 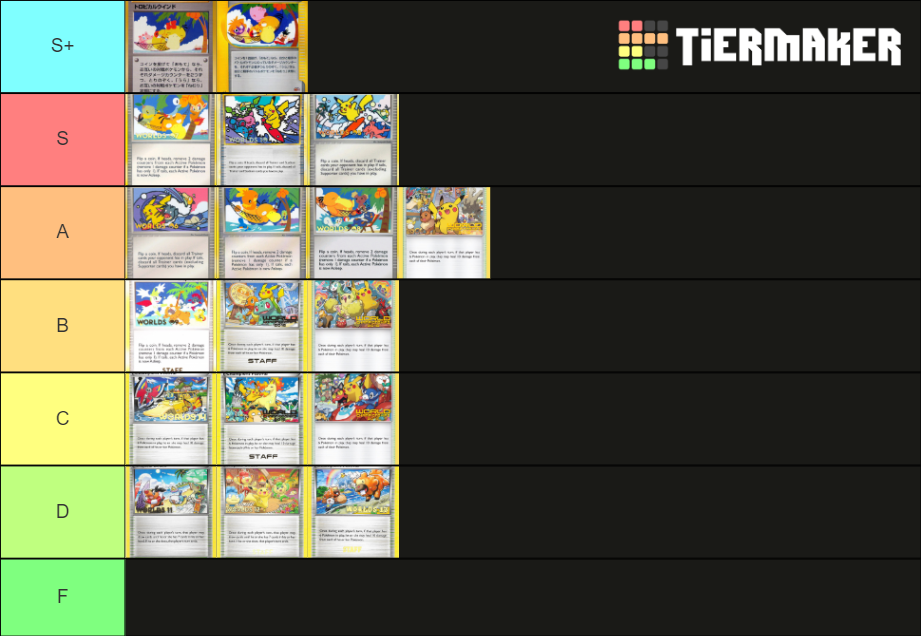 I am biased because I own several and were the only ones I ever earned, but I really like both Tropical Beach versions

I would swap the Beaches around with each other, other than that, I agree

I would swap the Beaches around with each other, other than that, I agree

To me the '12 just looks so much more vibrant. Great cards regardless! 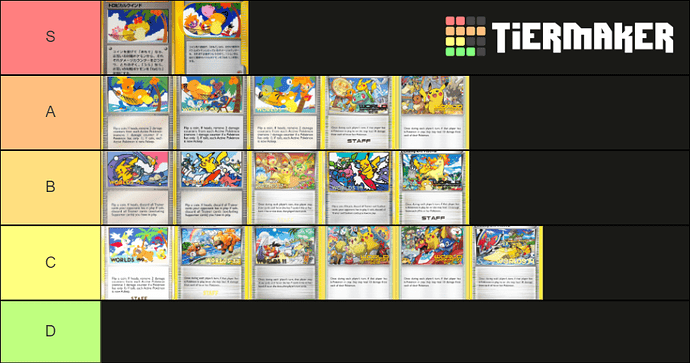 Hard to put any of these in C/D without isolation 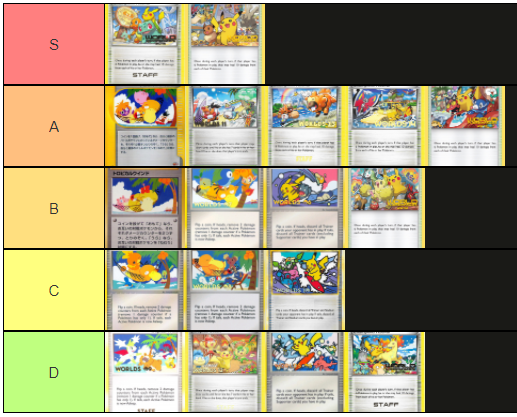 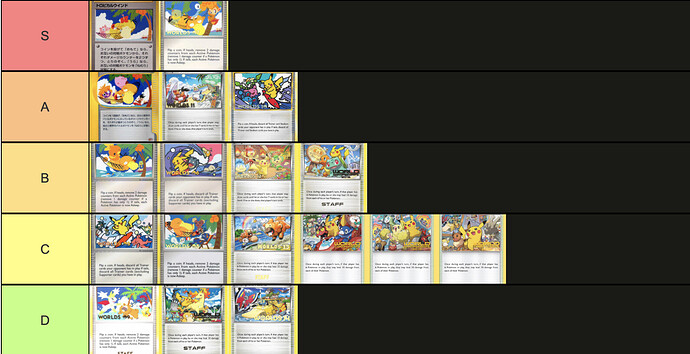 Huh, apparently the 09 Tropical Wind is not so hot. One of the few I like.

Generally no interest in this series. But if asked to pick a favorite, it would be one of the old school versions. 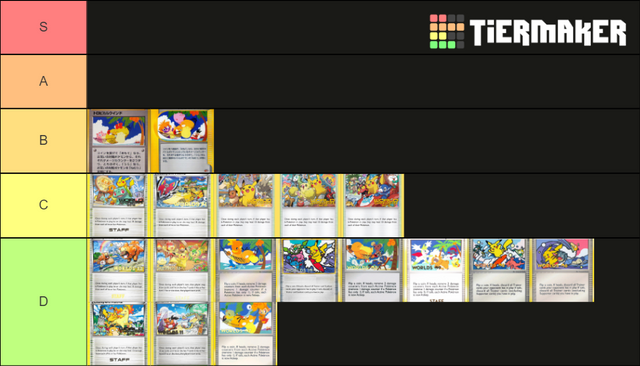 I’d put 2011 Tropical Beach in F if I could. Competitive TCG ruined the card for me… Was a $100 staple and many decks used multiple copies. I never could afford one and had to borrow from friends for tournaments. Along with Mewtwo ex before they released a cheap promo, early 2012 Era decks were prohibitively expensive. Fortunately Pokémon realized their mistake and tried to keep the new Tropical promos from being viable in competitive format. 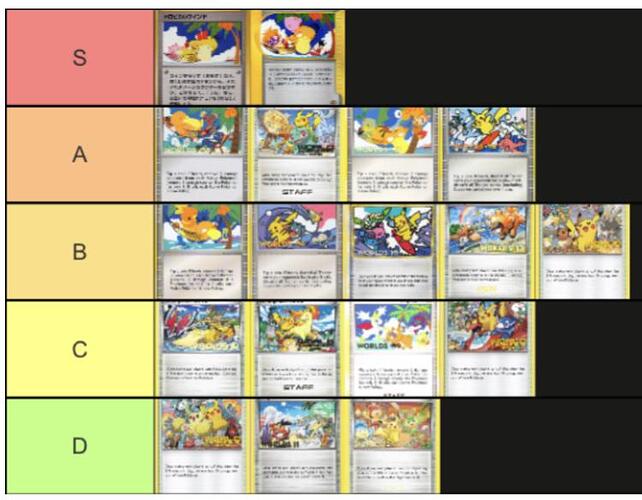 My favorite promo’s hands down. I enjoy the earlier ones a bit more than the later ones, but appreciate the added context of the locations when it switched to champions festival.

Wow, I expected better from you. Imagine not including the tropical cards from worlds in 1999 and 2000. 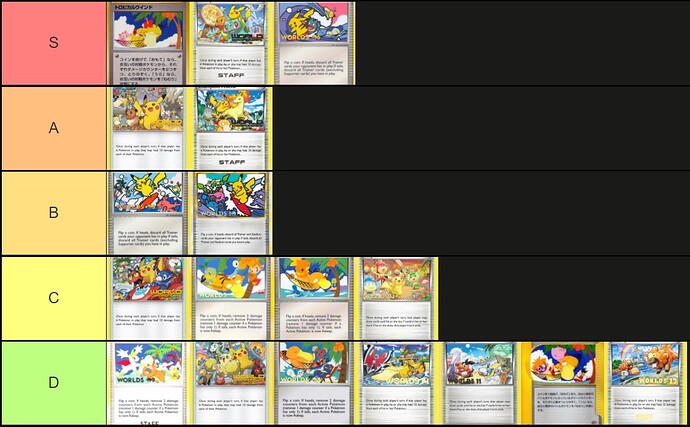 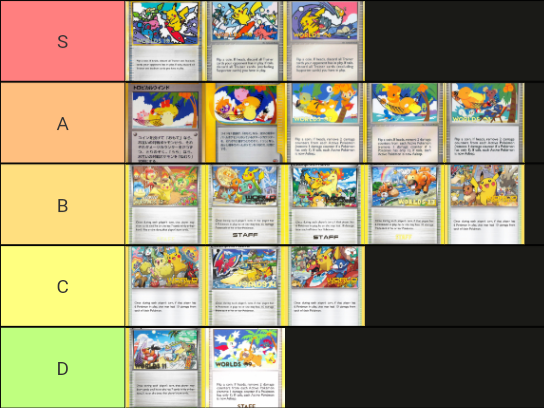