Will every Japanese card from the standard sets be released in English? 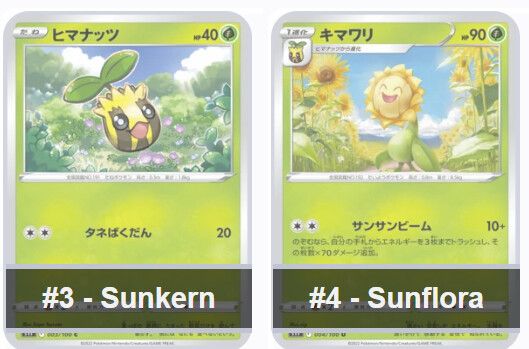 It’s never guaranteed, but usually anything that doesn’t make the cut into a corresponding English set will end up in either the next set or as part of a theme deck or something similar.

Every set card will make it over into some set.

Promos are hit and miss. Most come, but many still don’t.

If it’s a reprinted card with different artwork, those might not come out either.

There are still a number of reprinted cards from Start Deck 100 that haven’t been released.

I think this inconsistency is hands down the worst thing about modern Pokémon TCG. I really hate it.

It was never consistent in vintage either

No CoroCoro Shining Mew, no Natta Wake, no VS set, no McDonald’s eCard promos, no 2nd/3rd season PLAY promos for English

No Call of Legends alternate artwork cards for Japanese

Yes, and I hated it then too!

The worst for me is English deciding not to bring over the FA trainers and Trevenant and Dusknoir alternate art from Tag Team All Stars. What a boneheaded decision. When will trainers like Hapu or Will ever get another card?

And then they could have put it into their awful Champion’s Path but some taboo of not putting in old cards into a new era? Who gives a damn TPCi? Better than not getting them at all.

Dark Raichu was designed by wotc and released in English before Japanese tho right?

It just seems like it would be a lot simpler and objectively better if printing and distribution were handled the same way across languages.

Many thanks to everyone for their input. Language-exclusive cards are really awful!

Thanks for the list of possible sources of specific cards:

All eras are listed on this page, just about every deck and product external to sets included:
https://bulbapedia.bulbagarden.net/wiki/List_of_Pokémon_Trading_Card_Game_expansions 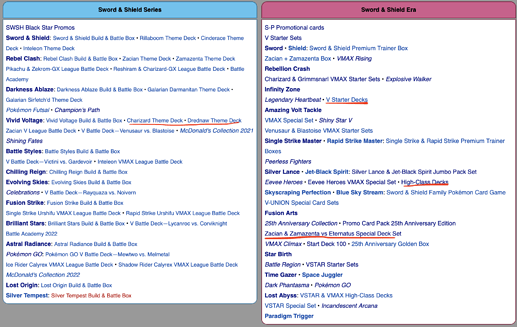 Deck exclusive cards might require further digging, either by going through info for each card or sifting through a list per specific Pokémon. Usually you’ll find what you need