I’d also argue Pokemon cards are much more approachable as a purchase choice than the other options.

Not only that, but I think Pokemon has done an excellent job at never forgetting their old and new fans across releases. I love seeing older Pokemon that I grew up with in newer sets, and they still manage to keep them as fresh as they were originally, or in some cases even better in terms of artwork and things. It just has such a wide range of options to work with, and everyone has a favourite Pokemon as well.

Overall, it’s just really hard to not finding something to like I find.

The small amount of Pokemon is also quite beneficial. 1000 may seem large, but if you look at Magic or Yugioh, there are many, many, many more creatures and cards. With Pokemon, if you grew up collecting gen 3 sets, you will be pleased to find gen 3 pokemon scattered across the subsequent 6 generations of sets.

For those who collect certain pokemon, or for those who just enjoy seeing familiar faces, its a great feeling

Definitely. Pokemon is more for collectors while other TCGs like Magic are very player-based. Not saying that Pokemon is the only TCG with collectability or that Magic isn’t collectable, but Pokemon is certainly the one with the most juice in that category. 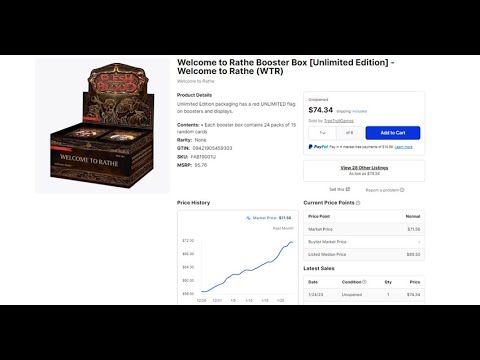 Sounding like some bad earnings on the Hasbro front are coming. A lot of Floppy Taco’s being passed around I’d say:

Shares of toymaker Hasbro fell more than 6% in extended trading after the company said it would cut around 1,000 jobs and warned of weak fourth-quarter results.

Wonder how they’ll try and damage control things from here? Looking forward to the Rudy vids.

I would assume that “Amazon dumps” (selling booster boxes at extremely low prices) are coming if they’re in panic mode. The company was supposed to make plenty of cash from Magic 30, but threw that into the toilet. They’ll have to be creative in order to replenish Q4 2022 and Q1 2023 expected revenue. 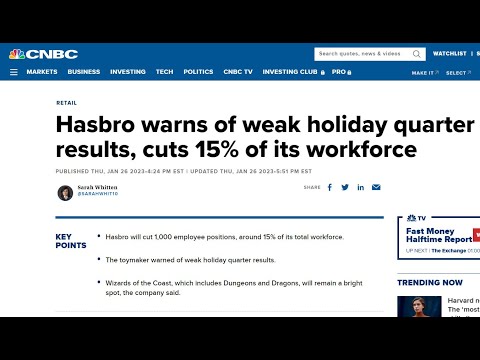