BIG news, Simplified Chinese cards are coming to mainland China very soon. These will be different from the recent Traditional Chinese cards that are in Hong Kong and Taiwan.

Be interesting to see what this does to the global and Japanese card market in general. I’ve sold a bunch of PSA cards (quite a few Champions Festivals) to China and nearby countries in recent months, could be the biggest thing to happen to the hobby in years.

So are we thinking this will increase interest worldwide in the hobby? Will this drive down prices of other languages since there are now more alternatives for the Chinese collectors?

I think this will only add to the buyer pool for both Japanese and English. Sure most of will just buy Chinese cards but I’m sure some will go down the path of collecting multiple languages/vintage/obscure promos. I have had a few Chinese buyers inquiring lately which doesn’t happen often…now it makes more sense.

From what I’ve seen, high end Chinese collector gravitate towards Japanese and not English cards. We will see. This is great news for the hobby.

Edit: I’ll add that exposure to all of mainland China could also bring in a much more financially diverse crowd so I think if there is an impact on the market it will be broader than just the highest end

Sounds like really big news, hopefully it takes off well 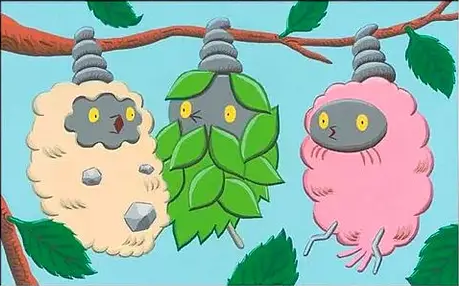 This is one that I think will actually affect the market. China is massive. My favorite stat about China is that 1% is 10 million people. I have already noticed more Chinese buyers in the past year. There are multiple interested in high end japanese cards. Having modern product on shelves will just add to that inertia. Also will just be cool to have people from around globe share the same experience!

I’m curious to see the impact on Chinese base set! I imagine as more people become introduced to modern sets they will expand and look to the OG set. Could be one to watch, my dad collects stamps and rare Chinese stamps are often the most sort after and expensive.

The empty pocket of the binder pages will be filled

I don’t fully understand the approach to do Sun and Moon sets, then most likely SWSH sets. Other new languages in the past few years have done a few quick sets that combined a bunch of other sets, then eventually matched Japan 1 for 1 with new sets.

Surprising. I feel like booster boxes and packs are something that will become heavily regulated in China because of the gambling aspect.

Didn’t Japanese use to have odds printed on the pack? Maybe they’ll do that here.

I don’t fully understand the approach to do Sun and Moon sets, then most likely SWSH sets. Other new languages in the past few years have done a few quick sets that combined a bunch of other sets, then eventually matched Japan 1 for 1 with new sets.

There are two sample sets on Pokebeach, not sure if those were for Taiwan/HK or if those are the ones for China. I assume it’s mainly playable stuff and fan favourites (if there are any that qualify as as such) and maybe a nod to Expanded? Having no full arts is interesting though lol. There are only 3 FA trainers and a bunch of shiny versions.

I wonder if they’ll keep the alt arts or get rid of them when it comes to Team Up-Cosmic Eclipse equivalents, and then they have the entire SWSH era too. It’s kind of hard to set up as a collector when hundreds of cards are unavailable, but who knows. Technically Battle Styles onwards should be ported over because they are still valid in the TCG for another year.

Potentially Expanded format in the future could be Sun & Moon sets onwards to make it make it more accessible for newer players.

Also there are some huge chase cards in those sets that collectors will want. Full arts of Lillie, Cynthia and Shiny Charizard-GX for example.

Judging from Chinese social media, it seems like both English and Japanese cards are popular (albeit in a tiny pokemon tcg community) in mainland. The franchise itself seems somewhat popular (anime clips getting like 11+ million views on bilibili) as well. All of my friends who grew up in China learned English as a foreign language in public school, so it seems natural they’d also go for English cards as well as Japanese. I think if the TCG proves successful, there will be an increase in demand for both vintage English and Japanese cards that were not released in China.

Looks like the trademark was correct! They are starting with three boxes featuring 1000 cards from the Sun & Moon area. Apparently each box will have only three different types of Pokemon in each, making it easier to build decks from the packs.

Makes me think they’ll move to SM-on for Expanded Format in the near future as Japan is getting cards that are almost six-years old for their first sets. 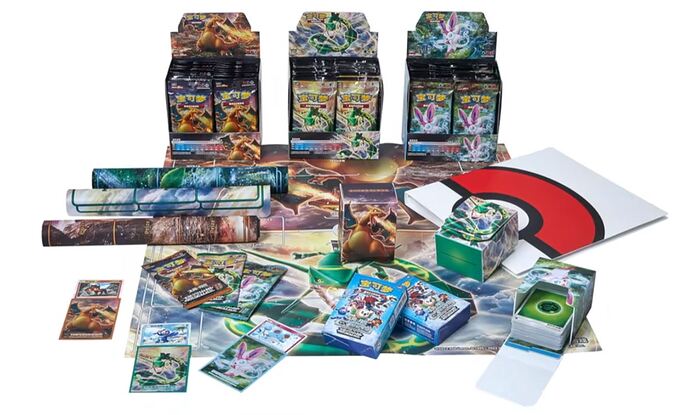 It looks like they’ll have two different types of booster packs, one 5-pack booster with a guaranteed “flash card” (probably holo rare) and a 25-card booster with a higher chance of a “GX Flash Card”. Maybe to get around the gambling elements? 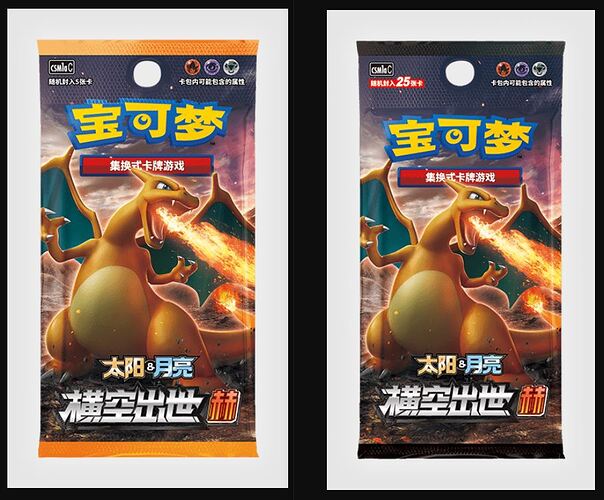 Seems that these 25-pack boxes will retail for close to £155/$170 each, let’s hope the pull rates really are that good! 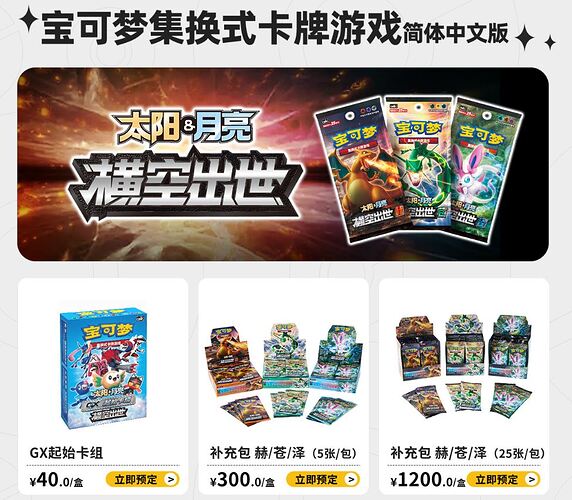 Chinese collectors will take over the world!!

BOOM. Stock up on Japanese vintage.

First time posting (after a bit of a lurk as I get my bearings). Got interested in Pokemon through my kids (now I’m the family expert though my taste and theirs have diverged a lot). Been trying to get them to learn Chinese for YEARS and this is my moment. Questionis, as someone new to the ins and out of int’l purchasing, how to I buy these official sets and avoid fakes? Is there a pokemoncenter.cn coming? I know the Republic of China (Taiwan) site is https://tw.portal-pokemon.com/, but does anyone know if there will be an official channel? Or if there are sellers in the US? I’ve just started buying from Japan using Blackship, but don’t know what the deal is for the People’s Republic.

In any case, I imagined my first E4 post would be about the first card I was really proud of, but Simplified cards got me too excited.

Welcome to the active side of the forum! I think your question is a bit hard to answer. First, it’s unclear where you are buying from so it’s hard to give a proper answer. Secondly, it doesn’t seem like these cards are even available for purchase yet, so how to source them is still unclear.

I imagine there will be people selling these directly from China to international buyers. Im sure there will probably be US buyers who will sell on ebay too, though the more links in the chain from the source to you, the higher the markup in price. I wouldn’t sweat it too much though, I think it will be accessible when it’s released and its generally easy to recognize and avoid fakes