So, I just noticed this a few days ago in several cards, and wondered if this was something that people knew about, and I’m just late to the party. It’s pretty common, at least among my cards, and some have multiples:
A circular holo pattern with a multi-point star in the middle. They’re isolated to a single layer within the holo print, and sometimes, multiple layers within the print have them. As pictured by Mewtwo’s hand in the image. I show several in the video. I found them in all the original WotC holo prints (even Legendary).
New? Old? Cool? 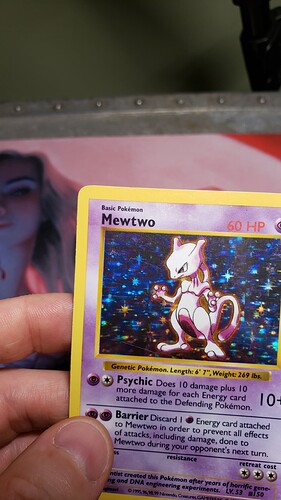 At first I didn’t notice it, but watched the video again and now I can’t unsee it!

Is there a rectangular block on your Blastoise? Is this normal for WoTC? I have mostly Japanese 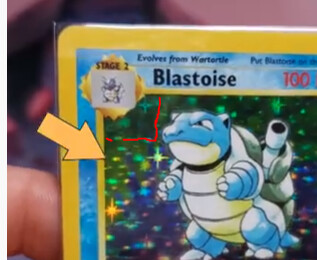 No, I think it’s just a trick of the lighting and foil.

Something else that I noticed with these holo patterns during this era was that there are multiple “layers” as you mentioned in your video - it’s cool to see different stars moving in different directions. I don’t think any other holo pattern has this, correct?

Not sure. I think there are some galaxy variations that have multiple layers… but I could be wrong. Still, the visual depth of focus that the OG holos have is mesmerizing.

This is amazing! I didn’t see it at all at first but i already acetoned a card once to try and figure out the holo pattern and i searched for it on my card. After many pictures of many angles i found a first circle and then i went from there. You can see that the holo is made up from multiple squares and i think it’s a pattern of four different squares that keeps on repeating but i’m not certain yet. (Those are the numbers in the picture) What i did notice is that each square has one of those circles in them. (Purple circle in picture) There could be more stuff to find in the holo pattern but my eyes hurt from looking at the holo reflection for to long so i will take a break.

wanted to share what i found thanks to you noticing this. ^^ 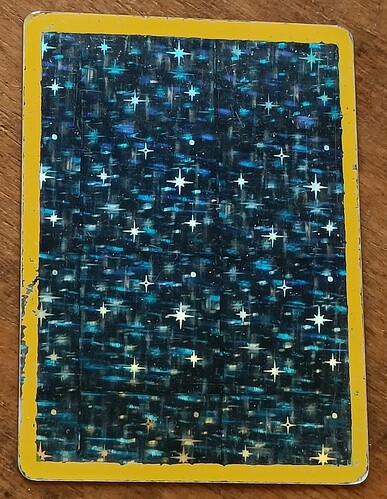 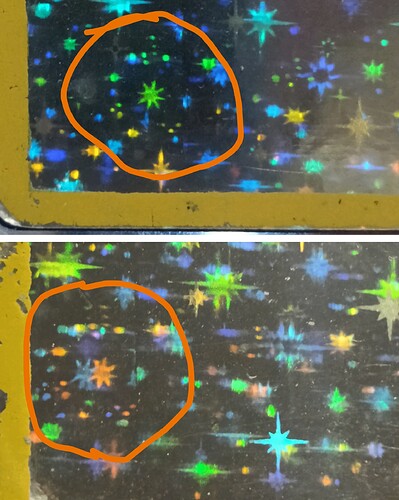 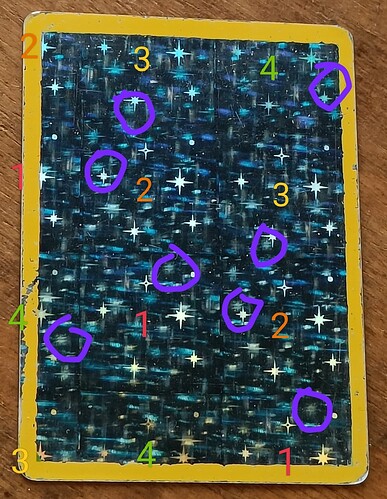 Nice! I didn’t think of doing this, but it’s very cool! So the numbers label the repeating squares in the pattern?

I’m working on a project about the original WOTC English holo pattern/foil, and online there seems to mostly be info on the “cosmos” holo pattern, not nearly as much for the original “starry” pattern. This is some awesome information!!

If y’all know of any other good resources or forum threads for the original WOTC English holo, any info is appreciated!

RIP to the card, but its sacrifice was worth it. I’ve never taken such a close look at the holo pattern before. Thanks for showing these nuances/patterns!

Yep indeed or that’s what i think anyways. I’m just trying to figure this stuff out and it is possible that i am wrong, just saying.

And when i look at my other pictures i actually believe there are more other type of circles possible but that it’s just what the holo foil is. It’s made up from moving horizontal and vertical parts so it’s normal to see circle shapes because our brain makes it look like that. On some of my pictures i see circles and when i zoom in there is nothing there, so i assume that’s just how the foil works. ^^

Some more pictures on how i think the foil works here.

This layer has stars and dots that do not move from their place and it seems like every one of those squares i mentioned has 1dot and 5stars in it. This is continuous pattern that doesn’t change. 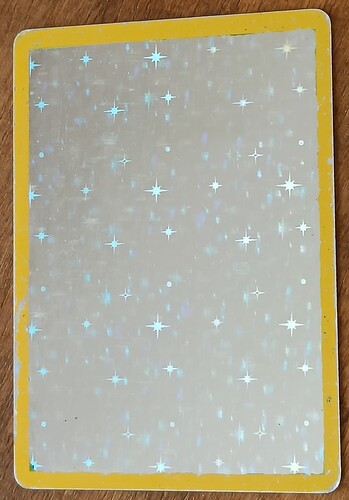 The other layers below are made up from horizontal and vertical parts that move around and this is the part that has differences in those squares. but that’s all i know about it at the moment. 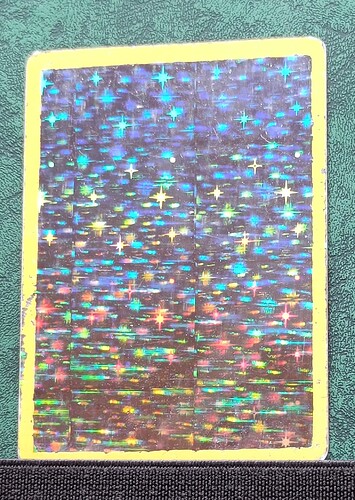 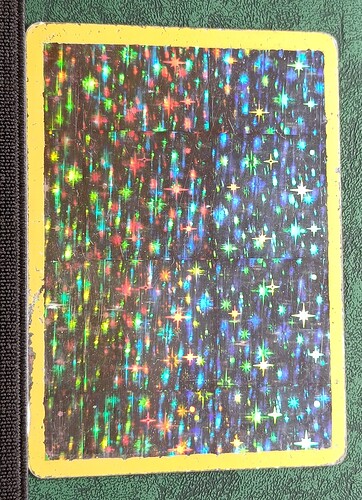 Yeah RIP to the card but it was already damaged off coarse and i actually written acetoned on the back so no mistakes happen.

And i actually acetoned three cards, one galaxy and two cosmos but it’s FOR SCIENCE! So yeah

How do you remove the card ink so cleanly?! Asking for a friend.

and err not sure, i used some product from work. Think it was whitespirit or thiner or something. Hehe also used q tips for rubbing it of, maby cotton could work as well but be warned it could be allot of effort. Second time i used a scrub sponge just to get the gloss of and then use q tip but ended up going to far and made a ton of scratches so patients is key (or find a friend who wants to help).

I’ve done a couple. Cotton swab is more tedious, but leaves few if any scratches. Basically, an acetone-based nail polish remover, or simply use acetone. Small amounts. But because the border is double stamped, it’ll be the last thing to come off.

Also, BW and beyond era seem to be printed differently. I haven’t had much luck getting the print off, and didn’t want to rub any harder.

Thx for fixing the tags, @pfm. I’d never realized to do that. =)