A South Carolina collector says $500,000-worth of cards were stolen from his luxury home

Always sad to hear situations like this, but that was an odd read. I had to go over the article twice to figure out exactly what happened. Basically the owner is an insurance broker, and some sketch hvac company might have been the culprits? Also he planned on installing laser beams.

Hopefully they find the culprits. Collectibles are tough to replace, even if the monetary payout is decent.

It also sounds like based off the last couple paragraphs that people at Kotaku (or at least the author of this article) is pretty upset about the current valuation of the Pokemon market, lol.

Anyone at Kotaku is going to mad about people having nice things.

Lots of bias…a bit scattered and incoherent as well. Glad to know the square footage of the house in question…it added a lot of value to the article. It seems like no one, including the owner, knows the true value of the items in question. He seems to be basing it on the value of potential psa 10 hits in the boxes? It is super sad to see people being robbed in the hobby and I feel for the guy. Hopefully the people are caught.

Whoever stole those cards from such an insulated and protected environment is surely a criminal genius, unrivaled by any thief that ever lived. They must have a peerless instinct for pilfering. We should revere them as a hero, an idol of our time, whose reputation deserves widespread renown.

Can you even imagine the heist? Of course you cannot, but you’d be forgiven. The vision required to design such a theft, and the conviction required to execute it, is superior to any ordinary person. But I assure you, it was exquisite. It was a subversive dance, a flawless performance. I tremble to even recall it.

Perhaps most quietly thrilling is the fact such a magician could be among you right now, watching with aching satisfaction as their audience revels in their show. Never again in your life may you be enraptured by an act so daring!! Savor this moment!! Cherish this gift to your imagination, the celebration of a master!!!

But you would never suspect anyone. They would never give themselves away, no matter how sweetly the spotlight beckons.

Anyway, excuse me, I have some phone calls to make from a public pay phone—

Wait so they only went after pokemon, but isn’t sporting collectables far more valuable?

So for 9/10ish months no one (assuming other than the owner) entered that room. It took the HVAC people that long plan a heist?

Anyway I hope security cameras were in place and those people are caught.

The writer interviewing the victim: “ok fine I’ll mention you were robbed in my article about how youtubers inflate Pokémon cards prices”.

Yeah, the article is all over the place. The article is ostensibly about this theft, but 90% of the “information” in it is basically irrelevant. Like, I didn’t need to know the number of bedrooms in the victim’s home, or the fact that his house is a “luxury waterfront property.”

The article also could’ve done without the author’s gratuitous, uninformed analysis of the Pokemon card market. For instance, when he states:

It’s obviously a bubble that can’t be sustained, not least because it’s not a self-replenishing market (your new card today won’t be worth $500,000 in 20 years time).

I don’t even understand what the second half of that sentence is trying to say. What does it mean for a market to be "self-replenishing?’ And what does the fact that a new card will never be worth $500k have to do with the market being or not being in a bubble? And what does the future value of brand-new Pokemon cards have to do with the victim’s collection of vintage Japanese cards? What a mess of an article lol.

They’re probably just noting how luxurious the man’s house is in order to downplay the robbery, as if he “deserved” it.

As much as people are talking about “insurance”, I doubt this guy will see his cards again. And insurance isn’t going to cover the current or future value of the cards, only what they were at the time of insurance. And it won’t recover the cards. So big L.

Damn hopefully something works out. If I had a collection room to the caliber of what this guy seems to have bet your ass that room has a secret entrance, under 24/7 surveillance and a killer theft system

but so many questions are begged. And then of course, the lame belittling of people’s nostalgia and indulgences, which we ALL have (though perhaps the author is so salty because they in fact don’t indulge their passions).

and then of course the standard ignorant platitudes and criticisms, as if this investment opportunity is any different,

It’s a shame, because it detracts from the overall article and news presented, and instead makes it a cynical editorial.

It’s a shame, because it detracts from the overall article and news presented, and instead makes it a cynical editorial.

Doesn’t it mean that your champions path Charizord will both never be as valuable as the base charizord, and that that vintage version is also worthless because they’re just going to replenish (print more) in the future, just like Zordon did in Power Rangers?
.
.
.
Yeah, I don’t get it either.

Pokémon is no longer the “hidden let’s keep it to ourselves hobby” I can’t tell you how many times I receive text messages from friends asking me if their collection is worth something. This photo today alone. I definitely feel for the guy. A double edged sword these days when you love collecting, and people now know it’s just not just cardboard with the media pumping article after article. 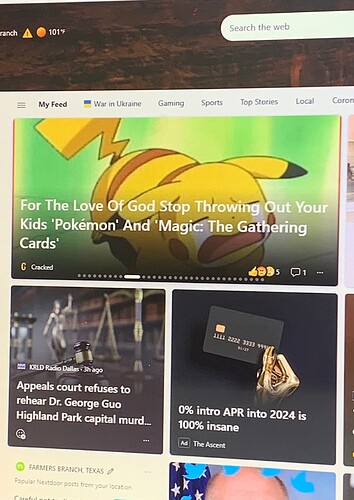 if someone steals my collection, i’m definitely going to say it was worth hundreds of thousands

Recent years have seen the value of Pokémon cards go a bit silly, largely [inflated by millionaire YouTubers] not having enough real problems in their lives, thus seeing the value of specific cards rising exponentially. It’s obviously a bubble that can’t be sustained, not least because it’s not a self-replenishing market (your new card today won’t be worth $500,000 in 20 years time), but Polydorou’s collection could have been one of very few remaining sealed boxes of early cards that still have that potential value.

In short, its subsumes bubbles are economically stable if a market is self-replenishing

Wait, so as long as more and more people enter into the bubble, the bubble can grow and sustain? oooh what if the bubble we’re triangular in shape, maybe like a pyramid?

If you put your money in a bubble right now it will only grow bigger and bigger as the bubbles “fiscal volume” increase grows your initial capital!!! I mean look at housing in the us from '02-'07!!!

"pokemon cards are stupidly overpriced, inflated by bored millionaire youtubers who have no real substance in their lives. it’s obviously an unsustainable bubble. i wish i could afford a 1st edition base set charizard… i wonder why my friends stopped returning my calls?

oh yea, and some of buddy’s cards got stolen i guess"