About to have my first son. Starting his collection is a goal for this year. Where would you start?

I love PokeKnowledgeCards’ approach of buying one sealed booster box of each set that releases, but would love other ideas!

I would suggest opening packs. Will give him a good taste of what is out there and then he can decide what he likes.

Seeing as that’s when Scarlet/Violet releases, the timing is great – I say start fresh with that era of cards and then as he gets older, look into any vintage stuff he might like. Congrats and enjoy the journey!

One problem I can see with a booster box every couple of months is that by the time he’s old enough to want to get into pokemon (7? 8? years old?) he may want to pop em open. Which is fine, if that’s your intention - but, keep in mind that by the time he opens them the boxes will be 7-8 years old. There will likely be a new pokemon gen, and the cards out at the time may be different from those in the booster boxes. And then there’s the matter of whether the sealed boosted boxes have increased in value at all…imagine if your parent turned over 40+ unopened booster boxes from the WOTC era to you when you were 18. BUT, speculation aside, here’s some options.

I get where you’re coming from as I am a dad with a toddler and another one on the way. When my first was born, I wanted to do the whole “crawl to your first starter” and a bunch of other Poké-related activities for them. I took a step back though and realized that I was pushing my like of something onto them before they were even capable of being interested or not.

If you really want to do something like this, I would buy whatever you like in secret until they approach you with organic interest. At that point you can do a grand reveal. If that day never comes then at least you’ve bought items that you are interested in to open/have for your own collection

Collect what he enjoys!

This was one of the options I was considering. Thank you for saying it!

Sure thing, congrats on your upcoming journey into parenthood, it’s a wild ride

back though and realized that I was pushing my like of something onto them before they were even capable of being interested or not.

If you really want to do something like this, I would buy whatever you like in secret until they approach you with organic interest. At that point you can do a grand reveal. If that day never comes then at least you’ve bought items that you are interested in to open/have for your own collection

hey! congrats on the upcoming kiddo! my lil’ bud is turning 3 in march and I’ve been piecing together things for him little by little. it’s nothing major but I’m just putting aside packs whenever I open stuff and marking them as his when he gets older. he currently does have a big fascination with pikachu and likes looking at cards so if he continues to have an interest, i’ll allow him to open up packs sort of like an allowance (good behavior, helping around the house etc.)

if he’s not into pokemon when he gets older, I’ll just sell the sealed stuff and put it into his savings account for him to use.

also, DMs are open if you need to chat parenting stuff. always here to help out a fellow poke parent.

Congrats on the new addition to your fam!

From working with kids my whole life, both near my age and then much younger, I’ve found that interests (hobbies) have always come from a place of relevance to them. I’d start your kid collecting with what he has access to, when he’s around that age. If other kids his age don’t care, he won’t care (not at first anyway). I’d think of it as helping him collect, versus collecting for him. NOW, If you want to get things now and set away for a few years so he has access to them later, like a VStar universe box or two, then that’s something unique and special that can really stand out to him.

When I started in '99, pokemon was a thing other kids had, but I didn’t get english cards like them. I got JP sets instead, and that stuck with me. My collection was far more eccentric BECAUSE I didn’t have what others did, and THAT made it special.

In general, my overall approach to collecting was more unusual and in the end, more meaningful, because I Did not just have what others had. If I’d collected simply what was available, I’d have had the jungle fossil standard stuff, and my collection wouldn’t have been as special, and thus as special to me. I’d not have learned to appreciate the non-holos and the less-popular but more special cards.

Sorry for a wall of text.
Just my thoughts.

with this budget which is close to $30-60 per month , I would suggest to follow through the year each set or speciality set. We are not talking about investing but having fun and at this age the way to go.

Maybe a combination of 3 pack blisters and tins, they all have promos, he could create a binder and collect them.

With the bulk, I suggest to teach him how to build his own deck and start playing with friends.

He will learn the basic of collecting, playing and I would suggest to limit the spending to $30/month (which is a lot for a kid) to also teach him to be savvy when it comes to spending money.

I would also recommend to purchase only once a month or twice and not on daily basis as not to develop the urge to open everyday and/or distract him from other hobbies and social interactions.

My best friend started a collection with his son that loves bulls and he inmediately chose tauros as his favorite. But he is not a newborn he is around 5 y/o.

With 2 primary goals the bond of collecting and financial education

Good idea - for me its what is the intention of the collection?

I was drawn into collecting coins because my grandfather seemed happier when talking coins, it brought out the child in him in many ways.

Best of luck and congratulations

I would make a pokedex, maybe try to complete it with the more cheaper cards first. When he gets older he can swap/sell out the cards he doesn’t like and look for another card of the same pokemon to complete it.

Congratulations! Best thing ever being a parent! Start if off with the right gear. 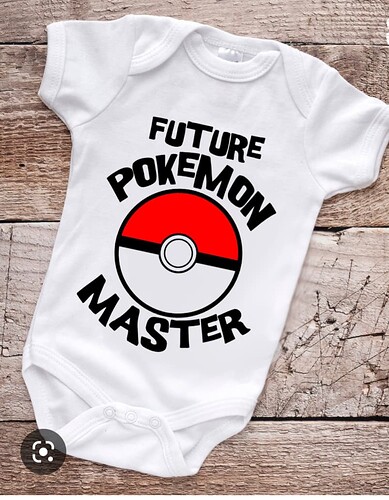 Maybe put some stuff aside here and there. Most importantly just be engaged and excited to be with him. He’ll follow your lead…Well at least until he chooses his own path

I have a kid too. Really changes how much you can spend on the hobby. Make sure you look into a 529 plan for future educational spending before spending money on Pokémon cards if you live in the US. College costs projected to be 200k per year in 20 years. Sorry for this non Pokemon related answer lol.

I like the idea of setting aside a booster box of each set for a kid, but for that much you’d have to figure out the right time to turn it over to him so he’ll truly appreciate the collection and remember it as a special moment with you. Until that time I would just open cards together and let him collect and make binders with what he likes, and not let him know you have a special stache growing for him.

For before he reaches card appretiating age though, I highly recommend a 1999 Jumbo Hasbro Pikachu plush. It is the first Pokémon item I ever owned, and is still the most treasured item in my entire collection. 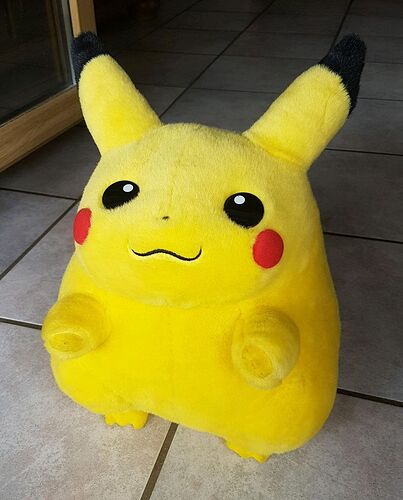 I second this! That plush is a must for all ages!

I think there’s a genetic testing panel most OBGYNs can perform that will tell you what kind of collector he’ll be if your wife is down with that. If the test reveals he has something called Trisomy 21 he may be more interested in MetaZoo than Pokemon, however.

This. They can buy their own collection without the crippling student loans