How to help build this guide

ANYONE CAN EDIT TO HELP!

This will be a guide for old back promos. The idea is to make a logical grouping of the different old back releases, categorize variant, show images, provide release details

For now, order is not too important. Getting the groupings perfect is also not a worry. Just add whatever you can and eventually it will all come together.

Bulbapedia will be a useful source:
https://bulbapedia.bulbagarden.net/wiki/Unnumbered_Promotional_cards_(TCG)/1996-2005 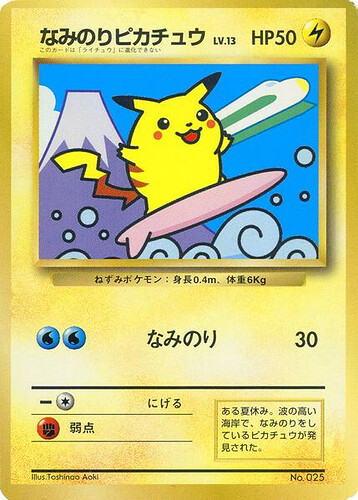 This card was released in a two-card insert alongside Imakuni? in the September 1997 issue of CoroCoro Comic.

A mail-in prize draw offering another copy of the Japanese print was published in the December 1998 issue of CoroCoro Comic. People wishing to enter the prize draw were required to affix the application ticket on the bottom left of the article page to a postcard and send it to Shogakukan. Two thousand winners were sent a set of five cards mounted on two plain sheets: Surfing Pikachu and Flying Pikachu on one; Jynx, Cubone, and Farfetch’d on the other.

Both prints are on glossy card stock (and are indistinguishable?). 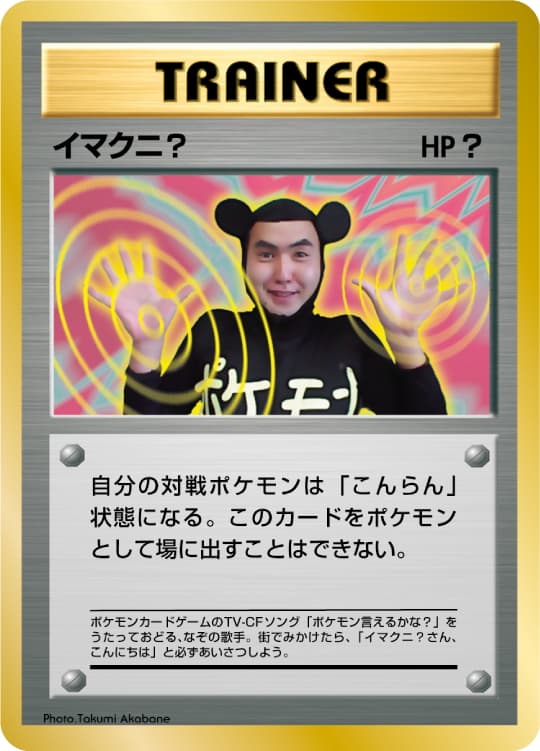 These cards were released in a two-card insert alongside in the September 1997 issue of CoroCoro Comic. 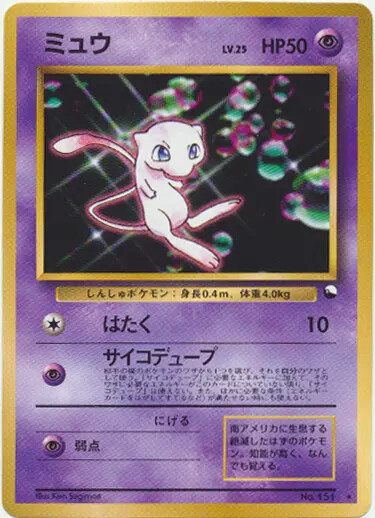 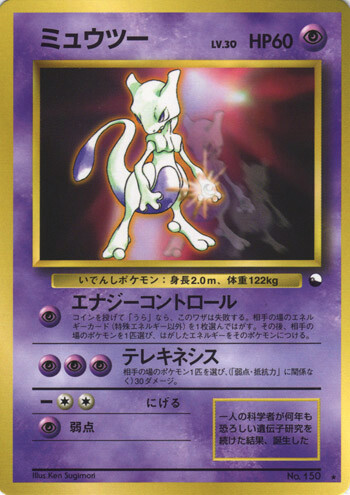 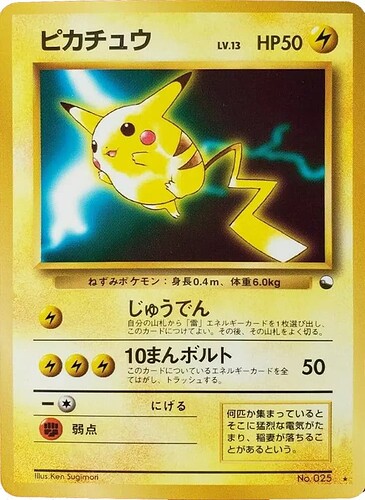 Regarded as unofficial additions to the Vending Series collection, dubbed “Series 00” due to the “#00” that can be seen on the back of the sheet.

A Special Limited Expansion Sheet could be purchased from vending machines at venues hosting the 7th Next Generation World Hobby Fair. All three cards are affixed to a single sheet and can be peeled off, similar to the Vending series cards. 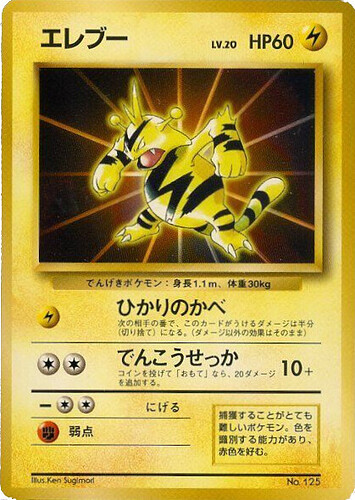 This card was included loose alongside the “Card File” (4-pocket sleeve pages) sold in toy stores for 500 yen. 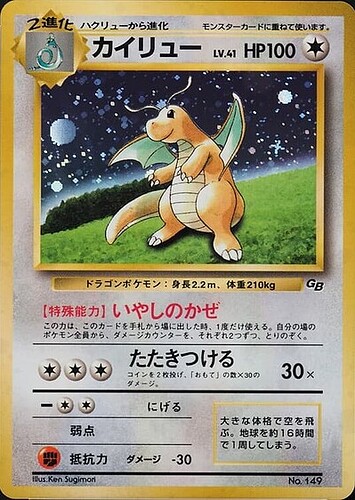 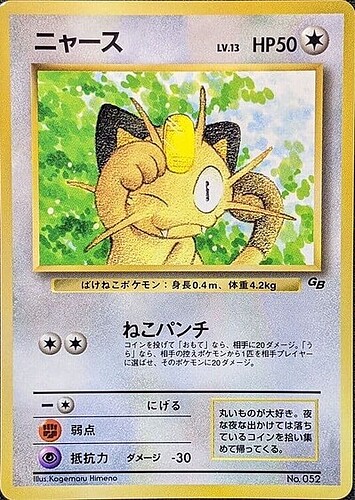 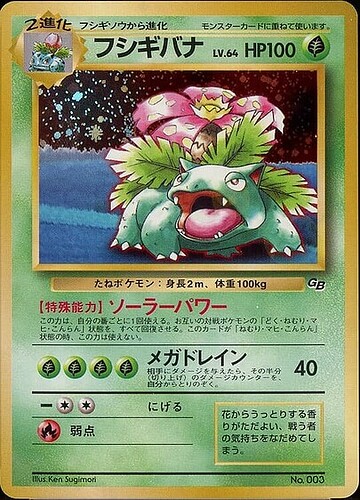 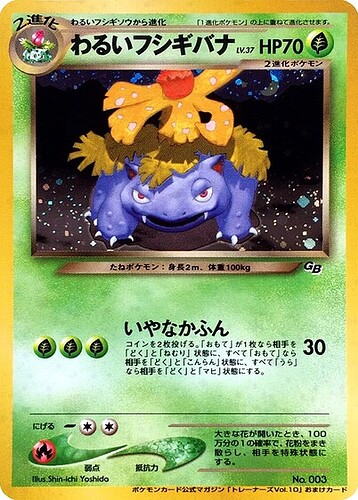 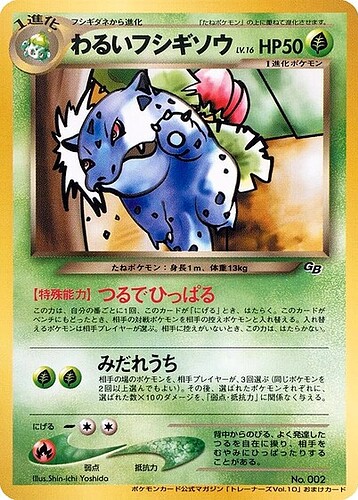 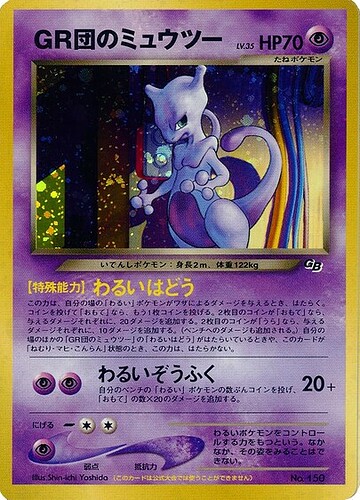 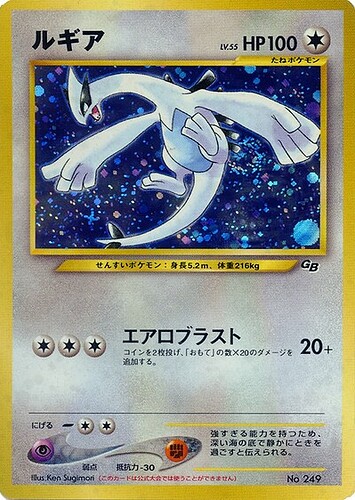 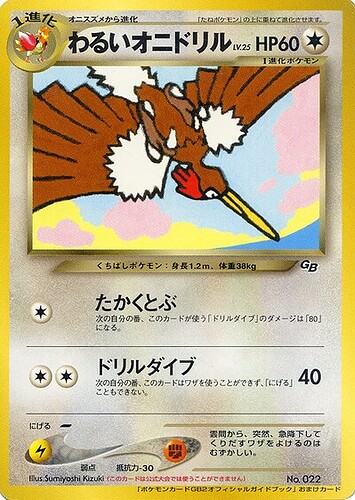 This set of promo cards were released to commemorate the launch of a spin-off video-game series called ‘Pokémon Trading Card Game’ ( ポケモンカードＧＢ) for Game Boy and Game Boy Color based on the Pokémon Trading Card Game. These cards can also be referred to as GB promos, as they display a ‘GB’ symbol in place of the Expansion symbol, indicating it was originally created exclusively for the Game Boy.