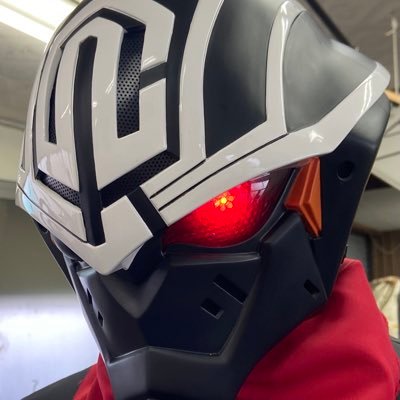 This seems to be another set like PoGO (with a different theme obviously) and if the “151” means anything, will be focused on the original 151. Of course, this is pure speculation based on a rumor at this point, but wanted to go ahead and create the thread now to begin congregating info as it comes out.

Is this the day Kadabra making comeback?

Seems to not be a rumor anymore. Plus new ex Starter Decks!

So this is where Base Set 3 ends up

2 things I wonder about this set: 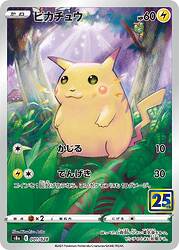 I’m still hoping that they’ll someday start with an annual special set with the WOTC layout and cardbacks (like Celebrations). Would be amazing if they could do some follow-up sets for the WOTC era sets like the Gym series (e.g. Gym Heroes, Gym Challenge and then Gym Legends as the new set).

some things of note:

-this set is absolutely massive for a japanese set.
-the size and set name implies all 151 will be featured (including kadabra hopefully)
-exes of the starters, maybe the birds, and mew or mewtwo or both
-likely 20-30 art rares and 10-20 special art rares of pokemon and supporters
-if this is like PoGO, there should be an international release roughly at the same time

if so, i hope we get art rares of abra and dragonair from base and eevee and butterfree from jungle

Also I’m starting to think this is going to be more like FRLG 2.0 than Base 3.0

Blastoise, Venusaur and the birds deserve their own SAR but can’t help but want new Pokemon to get them.

I mean undoubtedly the popular Pokemon like Flareon, Jolteon, Vaporeon, Gengar etc. might get ex or AR or SAR but it would be refreshing if others did - especially ones now relegated to common cards like Scyther, Primeape, Hitmonlee, Porygon, Magmar, Electabuzz, Magneton etc.

Hoping there’s an Abra-Kadabra-Alakazam one that acknowledges the absence of the first 2 for more than a decade.

I think this would be a great opportunity to do an art rare for all the evolution lines from gen 1 which i would absolutely love, not very confident it is happening buy anyway. This way a lot of unloved but original 151 pokemon would get some love in form of special cards that so many of them have been lacking

Is this the day Kadabra making comeback?

No sorry, theres gonna be 2 Charizards instead

Not to be that guy, but do we really need yet another base set rehash/reference/Kanto 151 set? It seems like just last week Celebrations came out, and PoGo came out yesterday - and I skipped both those sets. What’s even the occasion this time? The 25th anniversary was 2 years ago and the 30th anniversary is 3 years away, where we’ll presumably get another base set callback. So what is this set even for?

I struggle to see a world where an only-Kanto set doesn’t focus heavily on Charizard. We’ve gotten a special set every year since 2018 (in 2021 there were 2) and in every single one there’s at least one Charizard thrown in just for the fun of it. Heck we just got the Charizard UPC, too - and this is without mentioning the Charizards from normal sets. To me it’s exhausting. Again, why do we need an only-Kanto set? Just incorporate the Pokémon into the SV sets, it’s not that hard NOT to give them the spotlight - is what I’d normally say, but SV Base’s two terastal ex are from Kanto, so I guess the “TPCi avoid Gen 1 nostalgia bait“challenge is difficulty level: impossible. I personally love Charizard and plenty of other Kanto ‘mons but I fully believe TPCi only views them as nostalgia $$$ printers at this point. It’s unoriginal! Give other Pokémon/newer gens the spotlight and save the base set references for the anniversaries.

The only way this set as a concept actually becomes interesting to me is if they do a similar set for each generation - but we all know they won’t. It’s simply not feasible. They’d have to release 3 of these single-Gen sets each year to keep it all within the SV block and they’d be the only special sets we get - in other words, not gonna happen.

And for the record, I’m also tired of seeing the same Pokémon get ultra rares while others get kicked to the side. I love Greninja and Victini, but do we need more starter decks featuring them? They had theirs last Gen, give another Pokémon a try.

I didn’t mean for this to be a rant. My main point boils down to this: TPCi shouldn’t have to keep milking Kanto for all it’s worth when they’ve proven their contracted artists can create exciting, great-looking cards featuring newer or less-popular Pokémon. I doubt many people here care about the Pokémon featured in SV AR/SARs, but the excitement for them has been so high. Same for some of the less-popular Pokémon chosen for VSTAR universe. TPCi has shown artwork trumps the Pokémon receiving it. There’s really no need to cash in on nostalgia every year anymore.

Eggcelent opportunity for an ultra rare Chansey, especially with no Blissey in the set

Why stop at 2? Clearly 151 refers to the number of Charizards in the set.

Only 12 Kanto Pokémon (not including Galarian or Hisuian forms) in the last 2 years of SWSH received an AR, CHR, CSR, SA or SAR. Gen 4 received the largest representation in that time frame behind Gen 8, so I do think the criticism is a little overboard. Also this year being the 25th Anniversary of Pokémon Center (Tokyo) is a great gateway to commemorate the generation of Pokémon that was featured alongside it.

and like @qwachansey, there are favourites in this era whose opportunities for a special card in a new set have been sorely missed

Seems interesting. It’s nice That ideally all 151 get represented in a set. Especially for fans of the more niche mons. Wonder if it’s just that, or if the artwork goes old school too. I hope it’s not just the same art as the original prints for each one. But maybe some modern take on it? Or a callback?

Only twelve total cards and no ultra rares ever!

Will there be a metapod AR?! If there is I swear I will get off my ass and start my metapod binder.

Character rares were introduced just before the last year of SwSh. Gen 8 shared its last block with Gen 4 to tie in with the Legends Arceus release, which was a huge success. So it only makes sense these two gens received the most love in the last two years. The last time Gen 4 received the spotlight was Ultra Prism and before that…Platinum Arceus. To compare it’s numbers to a disproportionate lack of Kanto in one year is to ignore the 12 years in between where Sinnoh received almost nothing compared to Kanto which headlined 9 English XY sets, 6 SM and 4 SwSh in the same time period.

If you looked at the last year of SM, you’d see Gen 1 received an overwhelming amount of alts, tag teams and otherwise representation compared to any other Gen. This was to tie in the Lets Go Pikachu/Eevee releases, introduce a new mechanic, and allow the artists to create cards/scenarios never seen before. It wasn’t just out-of-the-blue nostalgia bait - that was the Let’s Go games - and it actually made sense and worked well to include the Kanto mons there.

And to your last point, if TPCi wanted to print ultra rares of less-popular or neglected Kanto mons, they could. They should. They don’t need to use a special set as an excuse for this. Pikachu, Eevee and Vulpix have all received ultra rares in the last year/two years. I think they absolutely should be printing these cards - but incorporate them into the current SV sets. If they can do Arcanine/Gyarados ex in SV base, surely they can do a Chansey ex or Chansey AR + Blissey ex SAR in an upcoming SV set.

“Gen 1” as a set theme has been done already and done well many times. I just don’t see why we need more.