yes because psa only graded shitty in the 2 certs lmfao

idk why but most of the terrible psa 10/psa 9 misgrades I see are from the 2 certs. just an observation that keeps getting strengthened by more and more examples.

including a PSA 9 Rocket Suicune I had that literally had a giant crease in the center of the card.

Hi I haven’t posted here in a while. I have a lot to say about my journey through the hobby but a lot of it’s really negative so… here’s my sowsow collection updated through s11a instead. 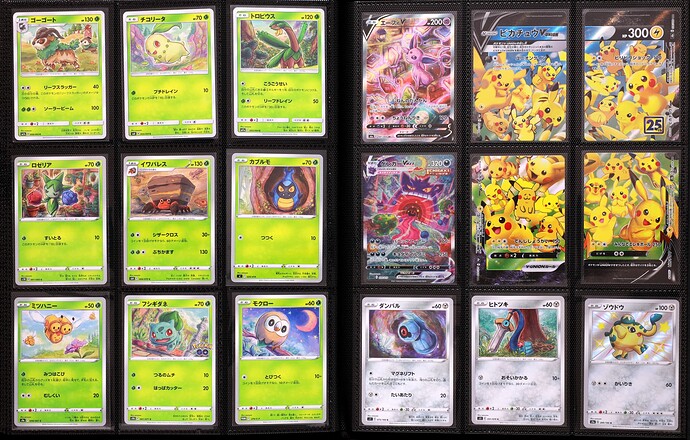 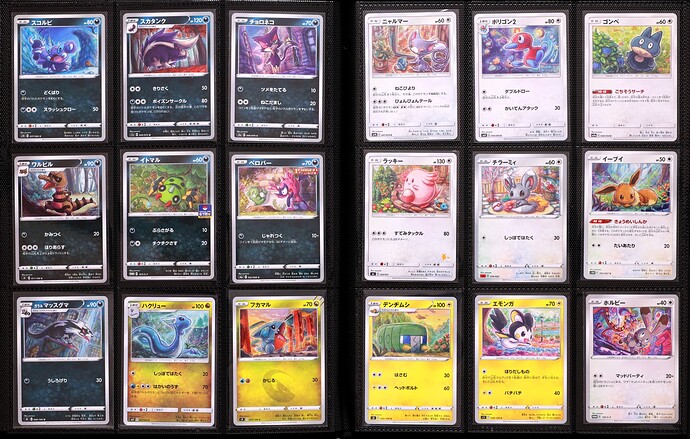 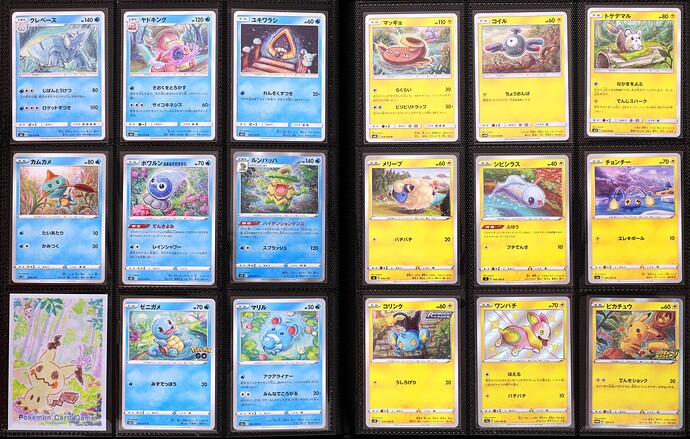 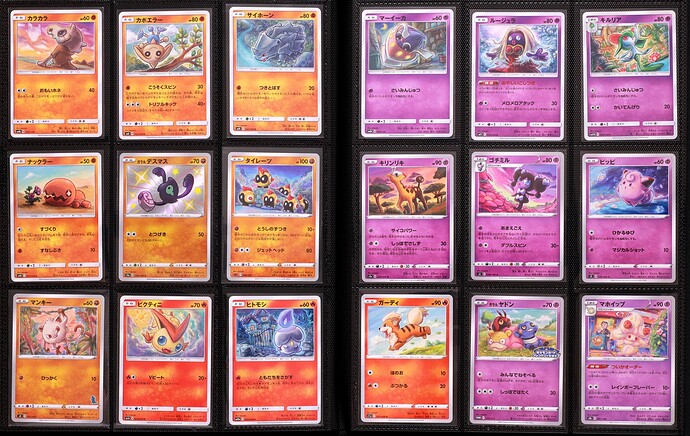 The binder layout is ever-changing with each new set release to make things fit nicely, so it will probably look completely different in another year lol. Now that I look at it in this format all laid out, I already see ways to optimize.

edit: Forgot to add that sowsow also did a couple deck sleeve sets since my previous update. Maybe I should be using these for empty binder slots going forward. 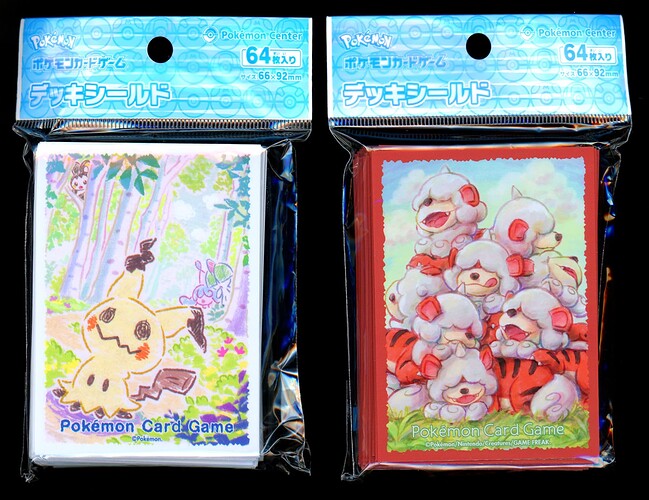 CHR/CSR update through s11a. This “should” be complete for the SWSH era, but we’ll see once the upcoming sets are fully revealed.

This is probably the binder that I look at the most and it blows my mind that we can have this kind of art quality on “common” cards (some of which are readily available for under $1) and that so many different artists are represented.

There are a lot of strong contenders in my mind but if I had to pick favorites it would be -
CHR: Druddigon
CSR V: Rayquaza (yes this is cheating don’t @ me)
CSR Vmax: Mimikyu 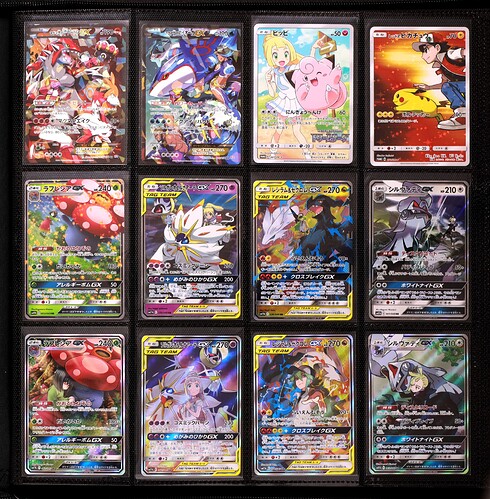 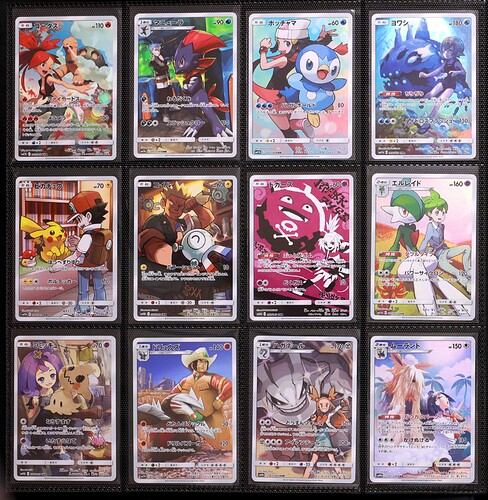 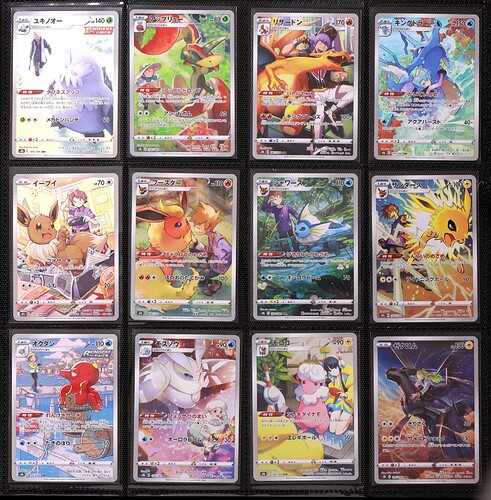 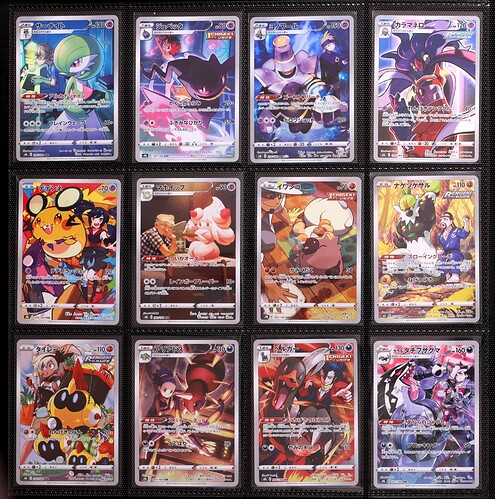 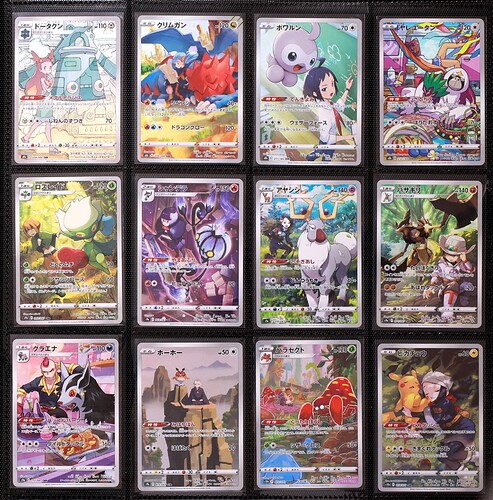 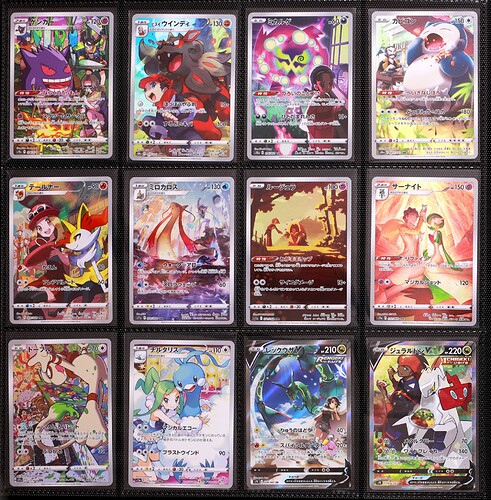 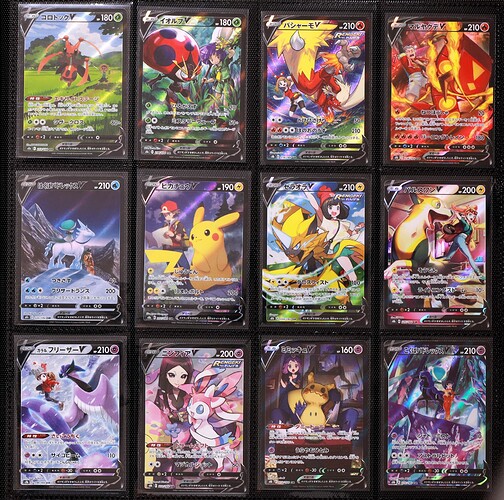 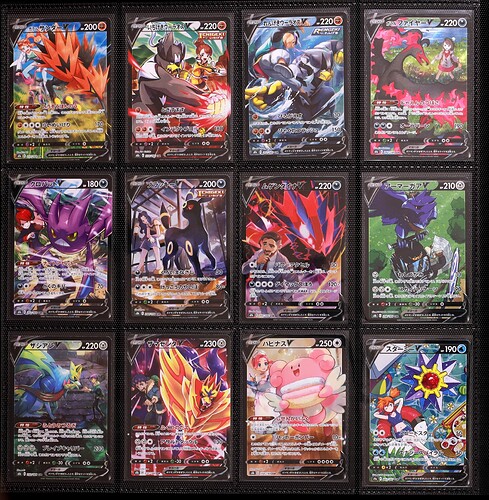 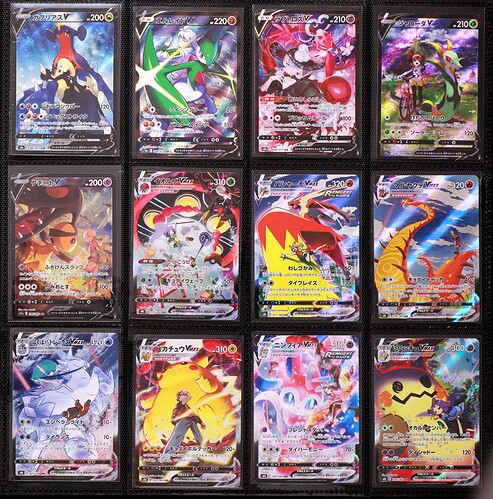 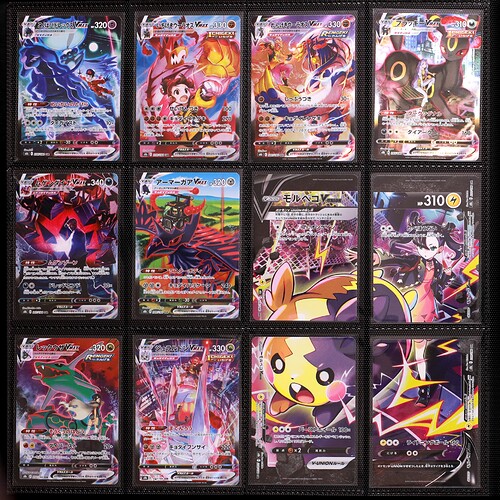 25th anniversary binder. I was pretty underwhelmed by the 25th anniversary releases compared to all the 20th anniversary promos but I’ve come to really like the cards with some time. The paired art for each gen in the main set, the remixed classic pikas, the texture on the promo set and… everything about the creatures deck. If anyone has recommendations for a good binder with clear pages pls holla @ me. 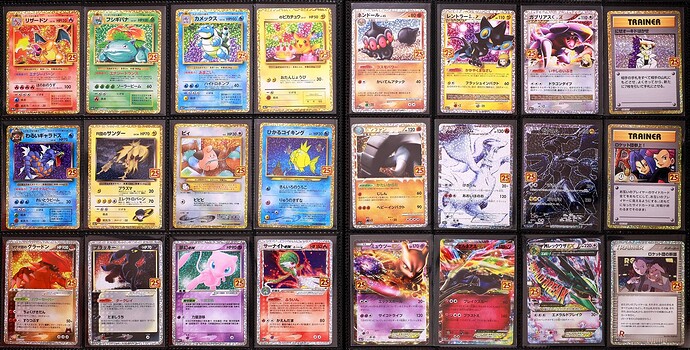 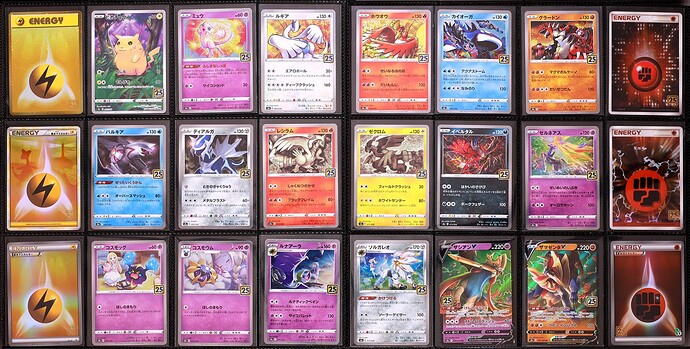 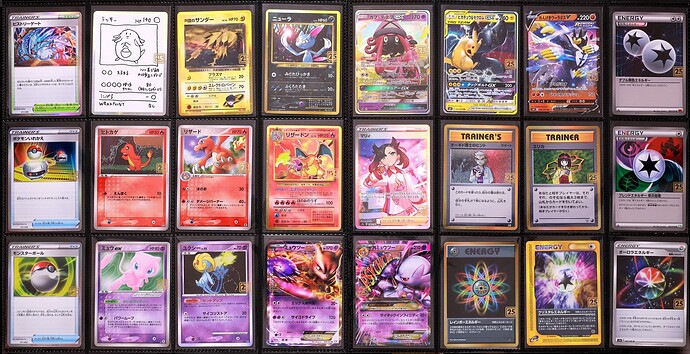 Kevin, only you could drop a Creatures deck as the 4th photo in a collection update and mention it in passing. I love it. Awesome collection pickups, congratulations!!

This is an amazing thread. Kevin, you are a man of good taste.

Also didn’t even notice the creatures deck until 4 star mentioned it… so awesome.

Holy shit. I was looking at the third picture and thought: oh cool, he included some of those Energies that were also in the 25th Anniversary Deck. And then I noticed the stamps on those Energies and the fourth picture.

Casually mentioning and showing the 25th anniversary deck in some binder pages. Very cool to see! And big congrats on being able to purchase the deck.

Thank you. I hope the nonchalance isn’t misconstrued as a lack of appreciation - obviously this is not the sort of thing you acquire on a whim. I’m just really put off by the “POP 1 GRAIL INVEST” nonsense that has become the norm and don’t want any part of it. I hope the viewer enjoys the cards as much as I do, but it’s fine if not.

I actually had a rare chance to share that binder recently with some friends outside of the hobby (fans of Pokemon but only peripherally aware of the cards), and it was fun to see how much people with no regard for prices or rarity enjoyed test Chansey. Alt arts of fan favorites predictably got a lot of attention, but Chansey repeatedly elicited a “wait what is that tell me about that” response lol.

Wow, what an addition to your collection! Congratulations!

For those (like myself) who were looking for more information on the Creatures Deck: 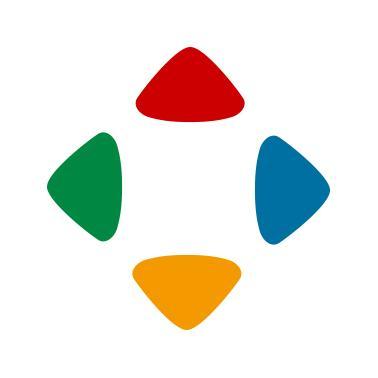 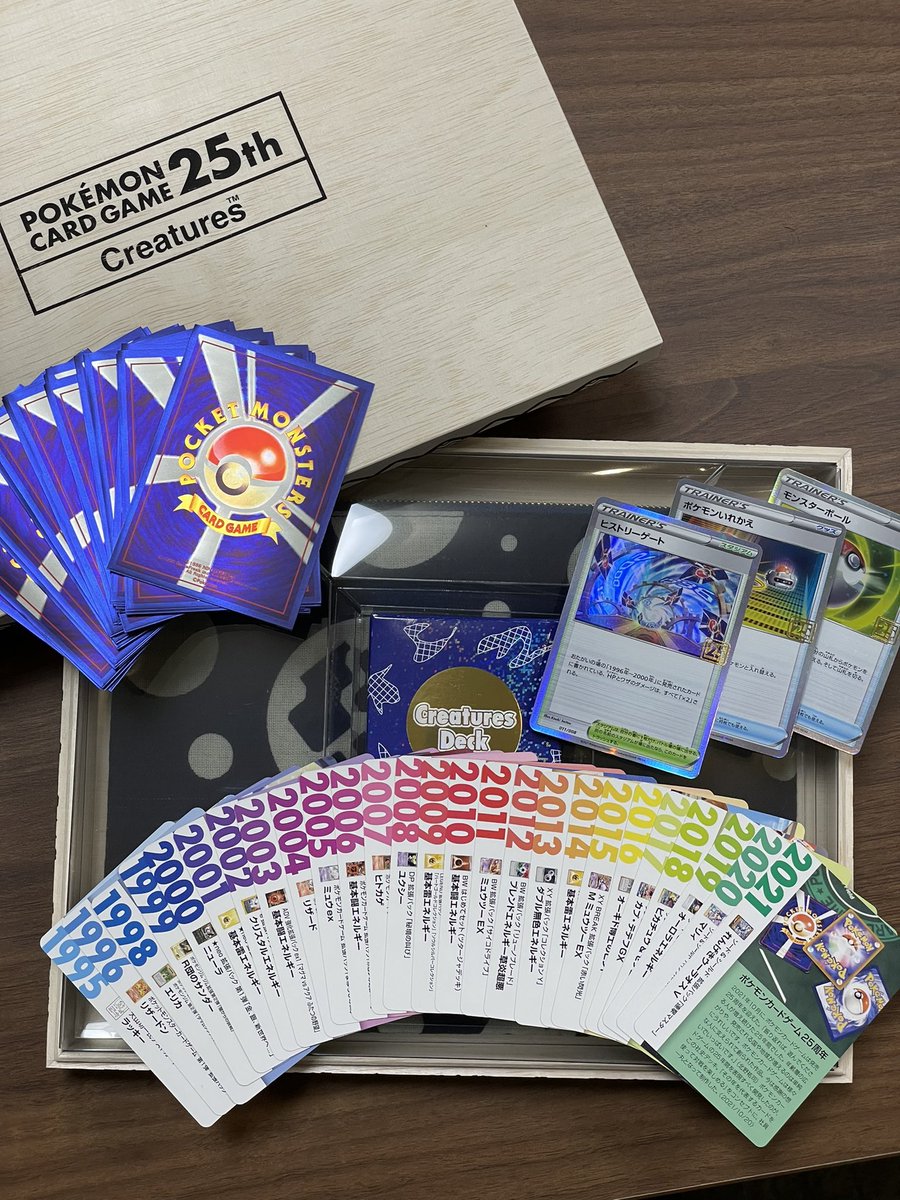 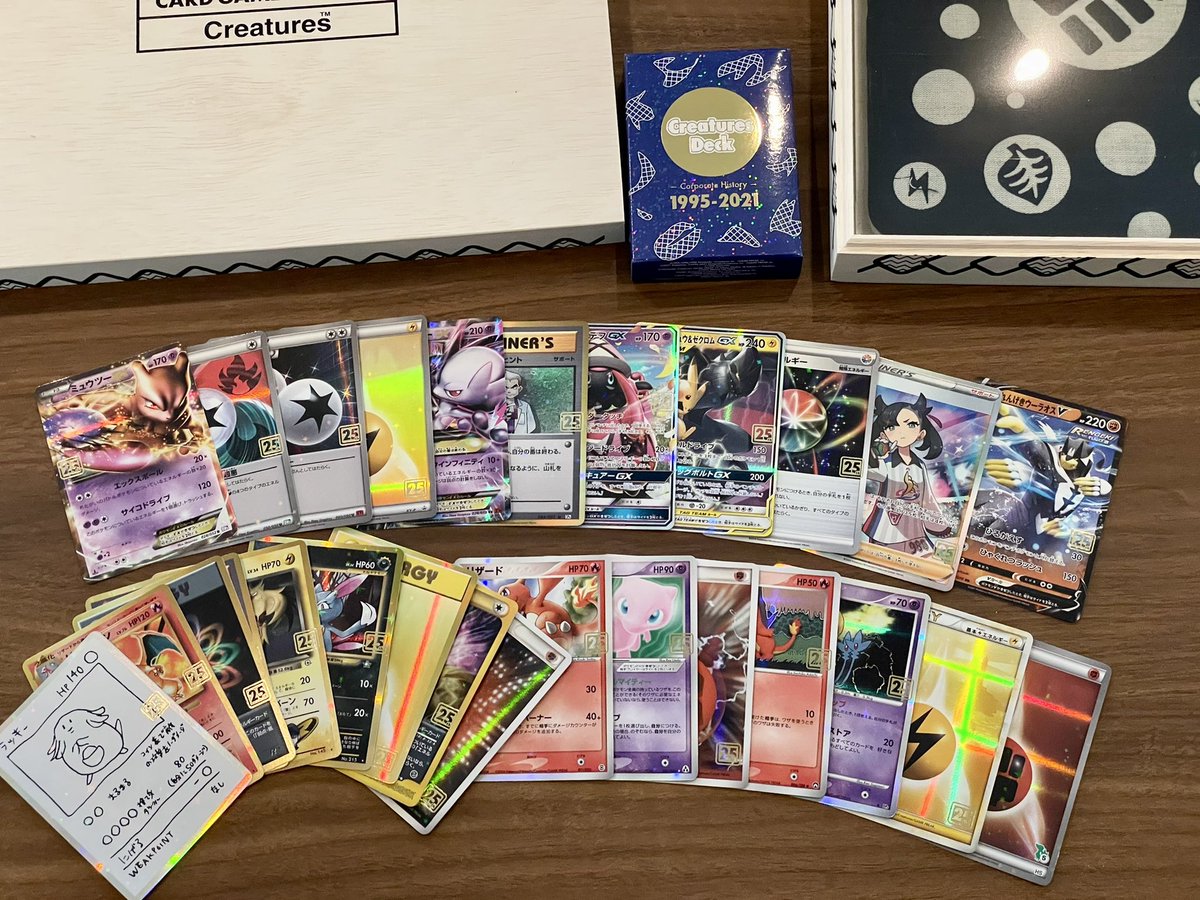