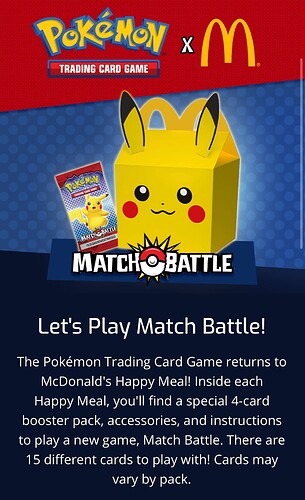 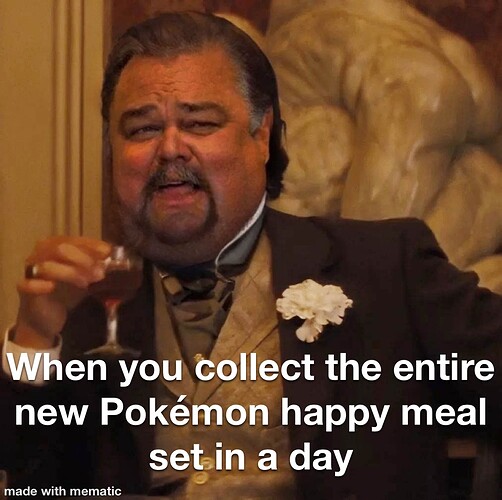 It’s crazy to think the 25th anny McDonald’s set brought so much craze, and now this set feels like it’s just for the kids again. Which I am thrilled about.

Norwegian McStonkers licking their lips at the prospect of hoarding the entire 50 pack allocation.

Lol if anyone in Norway wants a pack, just buy my happy meal and I will mail them the pack, haha!

It’s been out for a few weeks here in the UK and people are being much more sensible with it this year. Crazy to think some of the shenanigan’s that were going on last year with it.

Hopefully we don’t have a repeat of this meme 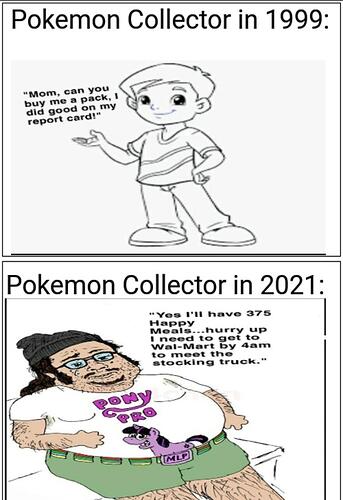 It was such a weird time. No offense to people who collected the set, but its such a lame release to put that much energy into scalping.

Oh right, I’m currently in Scotland and not seen it advertised yet, this email was the first I saw of it - are there restaurants (lol feels so weird calling them ‘restaurants’) in England already doing the promo?

I’m in Scotland pal, it should still be running here though it’s not really advertised that much.

in Spain it’s not coming yet, in fact the 25th anniversary promos came out around october last year, months later than the rest of the world

I dont know why they dont do this with a worldwide release date… fortunately I only really need that Drampa to add it to my Komiya binder, so I can be patient.

Ah fair enough - after last time I can see why they would be careful about how widely they advertised. I remember pulling up to the drive thru speaker during the anniversary release and before even saying anything, the guy on the intercom was like “please note Happy Meals are restricted to 2 per customer per day”. Sigh

Last year I didn’t hear a peep from McDonald’s about it from them specifically, other than seeing people being handed the Pika boxes from the drive through window and the general frenzy in the online community. But maybe I’m just not paying attention to some of the advertising, also I only really do the drive-through so maybe the marketing is more inside the restaurant?