Just wanted to share with you my recent purchase and my 2023 goal. Yes I reached my 2023 goal in January, and honestly I never thought I would be able to buy this item.

Here is my Japanese Base Set Short Pack 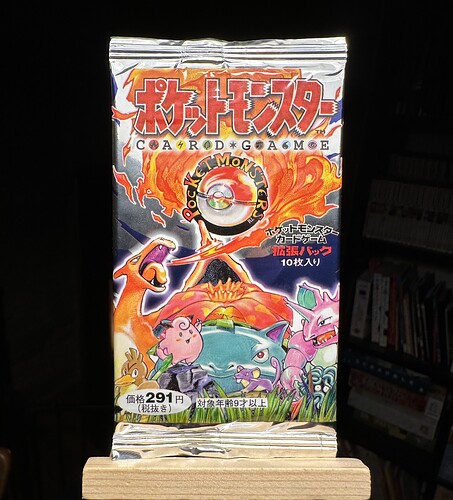 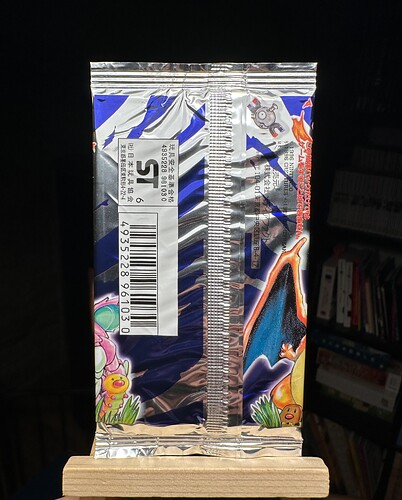 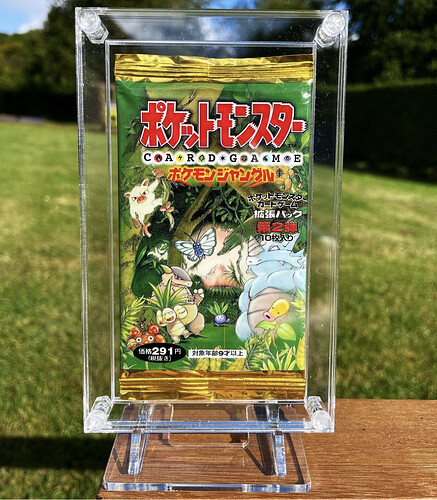 Crazy stuff! As far as sealed packs go, these are pretty much trophy tier, right? Congratulations and keep em coming

There are also other graded packs that come from the same booster box but were bought ungraded and then graded after by the buyers so it is nearly impossible to trace them; I have a collector friend who is in this case.

Hard to say which one is rarer considering this fact + the fact that base set has been opened a lot and base set short packs too in the hope of finding No Rarity cards.
Note that Zieperdeziep also has a sealed Jungle short pack booster box.

Thanks a lot for your message

Awesome man. They look phenomenal. Congratulations! We can all just imagine they are no rarities in there just to boost the already stellar appeal =)

Ahah let’s hope ! Even if I am pretty sure there is not like in 90%+ of all the loose packs

Thanks for your message !
I think there is one pack we are like 99% sure there is no rarity inside, it’s @Jolteon_Tom 's pack on Instagram because it comes from the same Taiwanese seller who sold one pack to @italian_abra who opened the pack and found No Rarity ! (would love to speak about that with Jolteon_Tom)

my collection is complete

But yes in a way it’s never complete if we add new goals. For now, I do not have any new goal.

You should get all of the web packs with the different holos!

Ahah I honestly never considered that since I only wanted one of each pack in 1st ed. I know it’s possible to know which holo is inside thanks to the barcode but well I am not into this kind of hardcore collecting goals. + Web really is an exception, usually you cannot know the cards inside.
I am more the kind of collector who really loves to find really rare items

I think I have had enough with my first goal and I need a few months or more to rest and just buy easy things ahah. Took me hundreds of hours to find everything and above all UED WCP.

But thanks for helping me finding a new goal ! That’s interesting and who knows maybe I will change my mind

I do not see this as an investment since I am just into « complete things » and « rare things » no matter the price. But that’s indeed a point if one day I sell (let’s say 2040)

For the price that’s so true I can testify ! Bought almost everything in 2016 when nothing went for more than €100

I only bought in the last two years my UED WCP, Jungle short pack and Base set short pack.

i feel you i have no intentions of selling anything from my collection not even god damn common graded cards but it is still a plus. japanese will raise in price and it already steadily does,