Agree 100%. I’m generally open to negotiation, but when the message is: are you a scalper or a TrUe CoLlEcToR?

Then proceeds to berate me for not selling to them for half of listing price isn’t exactly a positive experience.

This is why Pokémon shouldn’t be featured on the news or Youtubers talking about values in videos. Who wants to tell him his “1st edition” Eevee isn’t worth $200? Classic example of someone watching 1 video and thinking they found a gold mine in their closet. 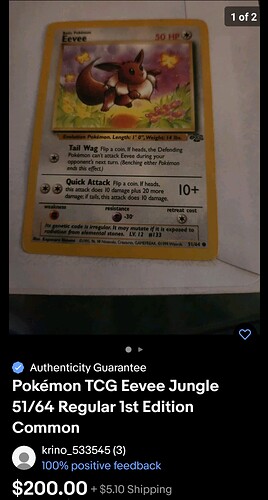 At least it meets the listing price for Authenticity Guarantee

People?! There are no “People” on the internet. How can you tell? Well, haver you ever eaten with one?

Anybody else lowballed by an account named “collectyourgrails”? Had to block them. Tried to buy multiple slabs off of me but offered much lower on each one . So dumb

So after lots of messages from an ebay user they bought 4x 25th Anniversary Japanese boxes from me, a day later they were so excited that they bought another 2x clearing my available stock of them totalling hundreds of £s.

Then 2 hours after it was posted they changed their mind.

He said he just realised he couldn’t pull tHe ZaRd from the packs so the boxes are completely useless to him and he wants to return them.

Hopefully he actually sends the boxes back as they were sent. I know it’s an easy mistake to assume that the 25th classic collection comes in the boxes but it’s frustrating that ebay punishes us sellers for the incompetence of other people. Altogether the guy has sent over 20 messages which is a complete headache.

Had I been on the other side of this I would have either sucked up the loss or at least offered to pay the postage costs the seller had lost due to my mistake.

did he pay before you sent the items?!

Today the card was delivered, low and behold. USPS sent them a clear plastic bag for items damaged during shipping, with my package neatly folded inside with no damage at all, just very neatly opened.

I was done with them and didn’t want to go through the trouble for a $25 card so I just sent them a refund and blocked them from my listings. Buyer was 11danielcastaneda in case anybody wants to add to their block list.

Lesson learned: I’m a complete and utter fool and should stop for red flags. Also don’t respond to people who need to send you 16 messages for a $20 item.

I wish PSA could mark certs as stolen or void them for stuff like this. 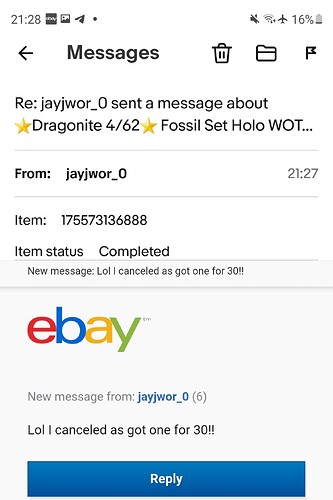 Was looking at sports cards and came across this gem 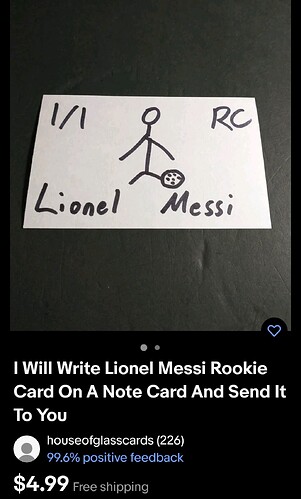 Hey! That’s cheaper than the WotC 30 Anniversary proxies! What a STEAL!

This reminds me of the kick starter to make potato salad that made thousands of dollars. Worst case it sits there doing nothing and is a joke for people who see it, best case this guy makes $5.

They even won the auction under market value 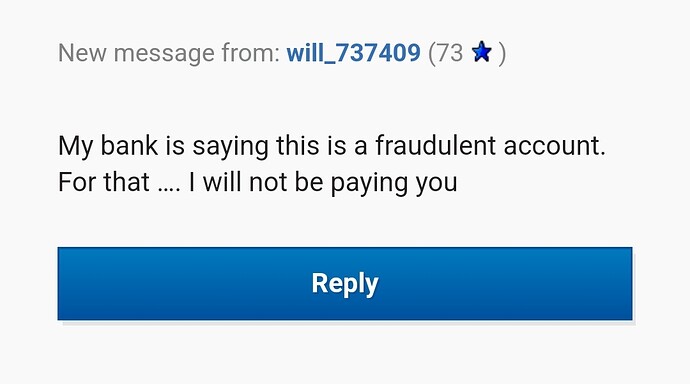 My bank is saying… 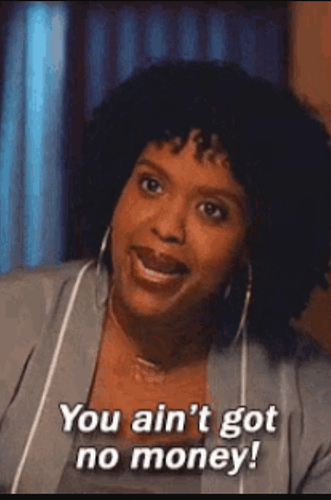 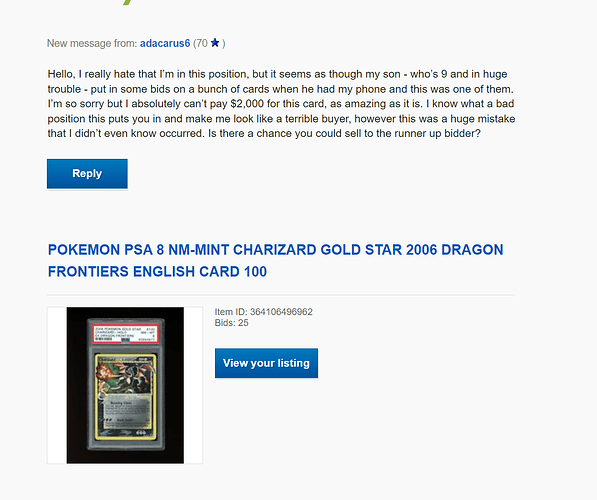 “Hey Will, this is your bank…”

Why do people buy or bid on items they don’t intend to buy? I just can’t wrap my mind around why this happens so often